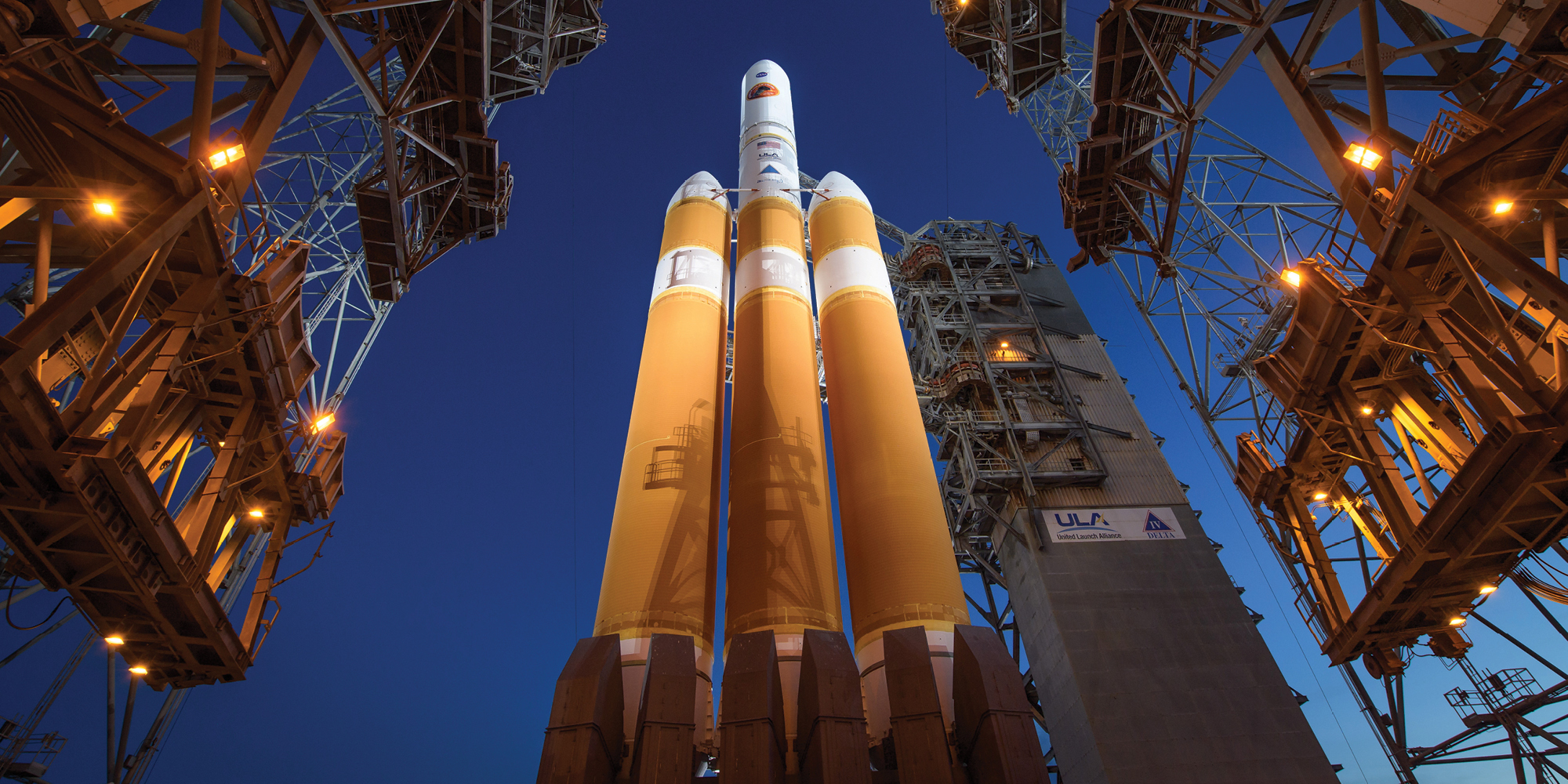 Something new under the sun

Nestled in the mountains near the French-Spanish border is a wall of mirrors seven stories high. When sunlight strikes the mirrors, it focuses on a single room that reaches 6,300 degrees Fahrenheit. “That’s one of the things we used to convince NASA we had a shot in hell of working,” says Justin Kasper, AB’99.

Kasper heads a team that built a key instrument aboard NASA’s Parker Solar Probe, launched August 12. It will fly closer to the sun than any previous craft.

Named after Eugene Parker, the S. Chandrasekhar Distinguished Service Professor Emeritus in Physics, who in 1958 first predicted the existence of solar wind, the little spacecraft’s mission is a difficult one. As it travels across deep space and then dips into the sun’s corona, it will experience external temperatures from well below zero to more than a million degrees Fahrenheit. (The craft itself will heat up to thousands of degrees Fahrenheit.) It will be bombarded with radiation, the equivalent of a couple of megawatts’ worth of sunlight, and possibly dust particles flying faster than bullets.

Most of its instruments will be safely tucked behind a heat shield. “And then there’s ours,” Kasper says—a tool to capture direct readings of the solar wind—“which stares directly at the sun 24/7 throughout the whole mission.”

“That’s kind of what I do professionally,” says Kasper, now a University of Michigan professor and a research associate with the Smithsonian Astrophysical Observatory. “Every year NASA puts out a list of things that need to be built for some crazy mission, and you look at the list and you get a group of people together and tell them, ‘I know this sounds crazy, but we’re going to try to figure out how to get a sample of the sun’s atmosphere.’”

Kasper’s latest project, now on its way to the sun, is the Solar Wind Electrons Alphas and Protons investigation, or SWEAP. Its job is to scoop up incoming particles of the solar wind and analyze them to better understand how these winds are formed, heated, and accelerated off the sun’s surface.

“These are some of the fundamental questions about our sun motivated by Professor Parker’s landmark 1958 paper,” says Angela Olinto, dean of the Physical Sciences Division.

With few protocols for building machinery that can function in the intense conditions near the sun, Kasper and his team had to start almost from scratch. They had hoped to get tips from scientists working on nuclear fusion. Nothing doing: “They said, ‘We have no idea. We’re looking forward to what you find out.’”

So Kasper’s team turned to the French wall of mirrors. The Odeillo Solar Furnace helped them identify materials that could best withstand the brutal heat and sunlight. One by one, the pieces came together. SWEAP’s cup is made of heat-resistant metals like tungsten and niobium; sapphire is threaded through the design, holding grids in place and insulating its wires.

Then it was time to test SWEAP’s metals and mettle. In one test, the team cobbled together a setup combining a particle accelerator, a vacuum chamber, and old IMAX projectors bought off eBay to see whether the cup could measure incoming particles under extreme conditions. It did—taking more than 100 measurements per second. “We refer to it as ‘the bravest little instrument,’” says Nicola Fox, the Johns Hopkins Applied Physics Laboratory heliophysicist who’s the mission scientist for the Parker Solar Probe.

All in all, it’s been a nearly decade-long journey. “I can’t tell you how many times we’ve had to stop and have a meeting where we’re staring at a melted piece of sad instrument, but I love those moments,” Kasper said. “We’re not giving up, we’re going to fix it, and finally someone stands up and says hey—we’ll put it in backwards, and that will fix the issue.”

When Kasper learned last year that the spacecraft would be named after Parker, it brought the trip full circle. His adviser at UChicago was John Simpson, who hired Eugene Parker in the 1950s and put him onto the problem that led to his solar wind proposal. Kasper remembers the two men discussing the idea of sending a spacecraft to the sun. First proposed as a NASA mission even before NASA itself was formed, it was scrapped because the technology wasn’t there yet.

This August Kasper watched the launch in Cape Canaveral with Parker, now 91, and a group of scientists, officials, and engineers. They whooped and cheered as the rocket took off into the dark, meteor-streaked sky, the probe and its instruments onboard.

Soon after, the Applied Physics Laboratory announced that it had communicated with all of the instruments—and that SWEAP had captured an early gust of solar wind. In October, the spacecraft swung around Venus and prepared to hitch its wagon to a star. Next stop: the sun.