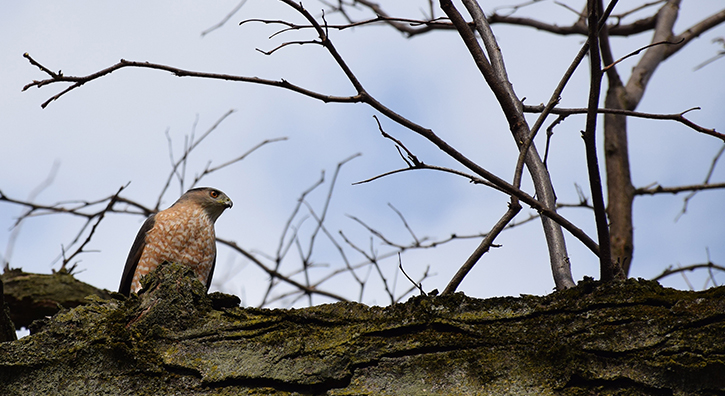 A Cooper’s hawk. (Photography by Maren Robinson, AM’03)

Chicken hawks on the quad.

Colloquially known as “chicken hawks,” Cooper’s hawks—with wingspans of up to three feet—eat mainly smaller birds. They’re stealthy hunters, using trees or other cover to get close to their prey before attacking, swooping in to snatch a blue jay, robin, or pigeon.

In the United States the population of Cooper’s hawks has been increasing over the past 30 years. All they really need are tall trees for their nests and a ready supply of prey.