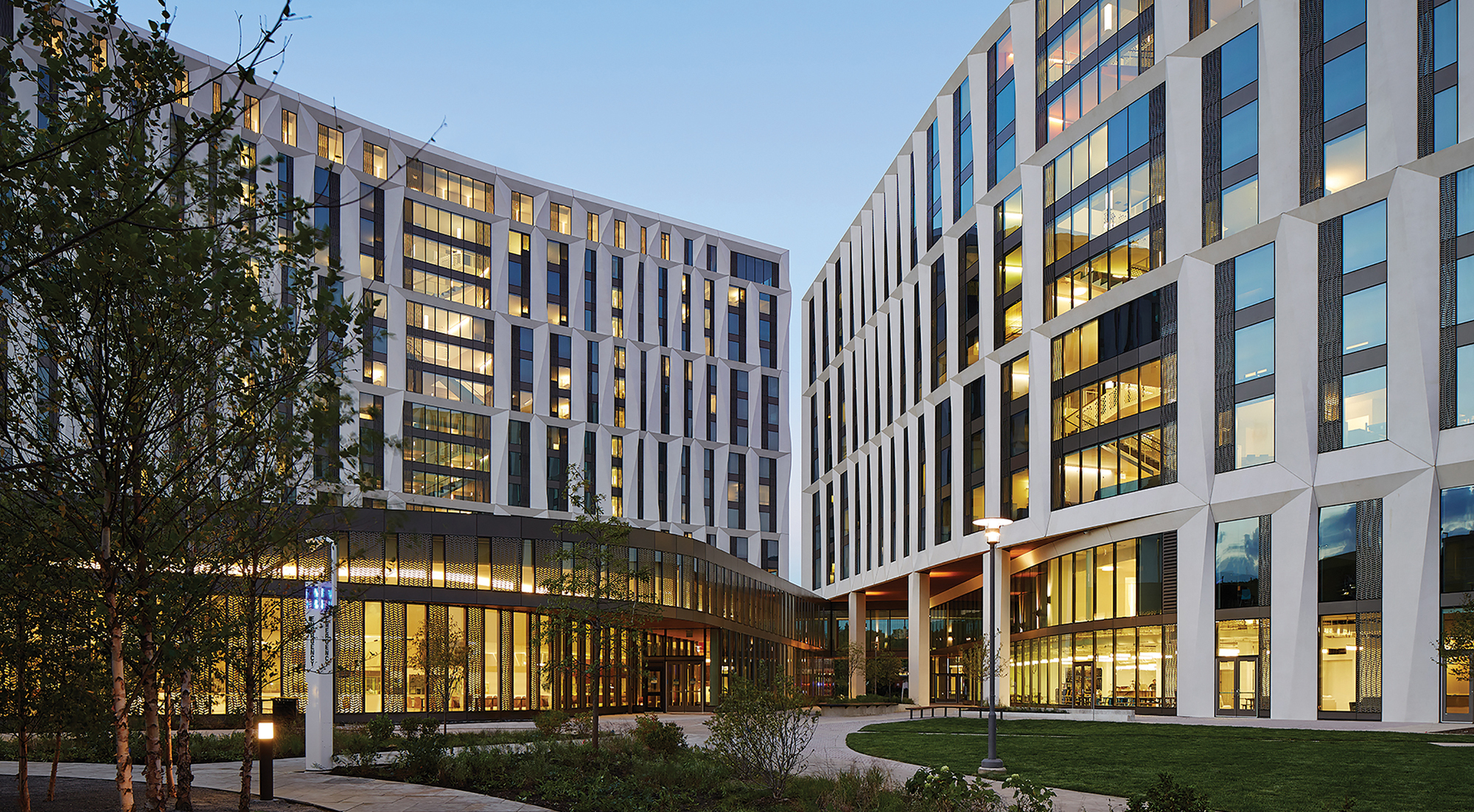 Eight hundred undergrads live in Campus North, built on the site where the flashbulb-like Pierce Tower once stood. (Photography by Steve Hall/Hedrich Blessing)

That same month, Campus North Residential Commons, designed by Studio Gang Architects, received an American Architecture Prize in the educational buildings category. Despite the name, the prize’s judges scan the globe. Other 2017 educational honorees included buildings in China, Ireland, Japan, and the Netherlands.

In awardese, Campus North got the nod for (among other qualities) “social spaces and experiences that enhance campus and academic life for today’s undergraduates.”

Translation: the three-story house lounges are pretty cool, the 24-hour study spaces on the top floor offer panoramic views of the city (for whenever your eyes and brain need a rest from Ovid or Durkheim), and you can get warm cookies delivered until 3 a.m.

In November the dorm continued its overachieving ways, hauling in three awards from the Design-Build Institute of America, including the first-ever Chairman's Award for Community Impact and Social Responsibility.