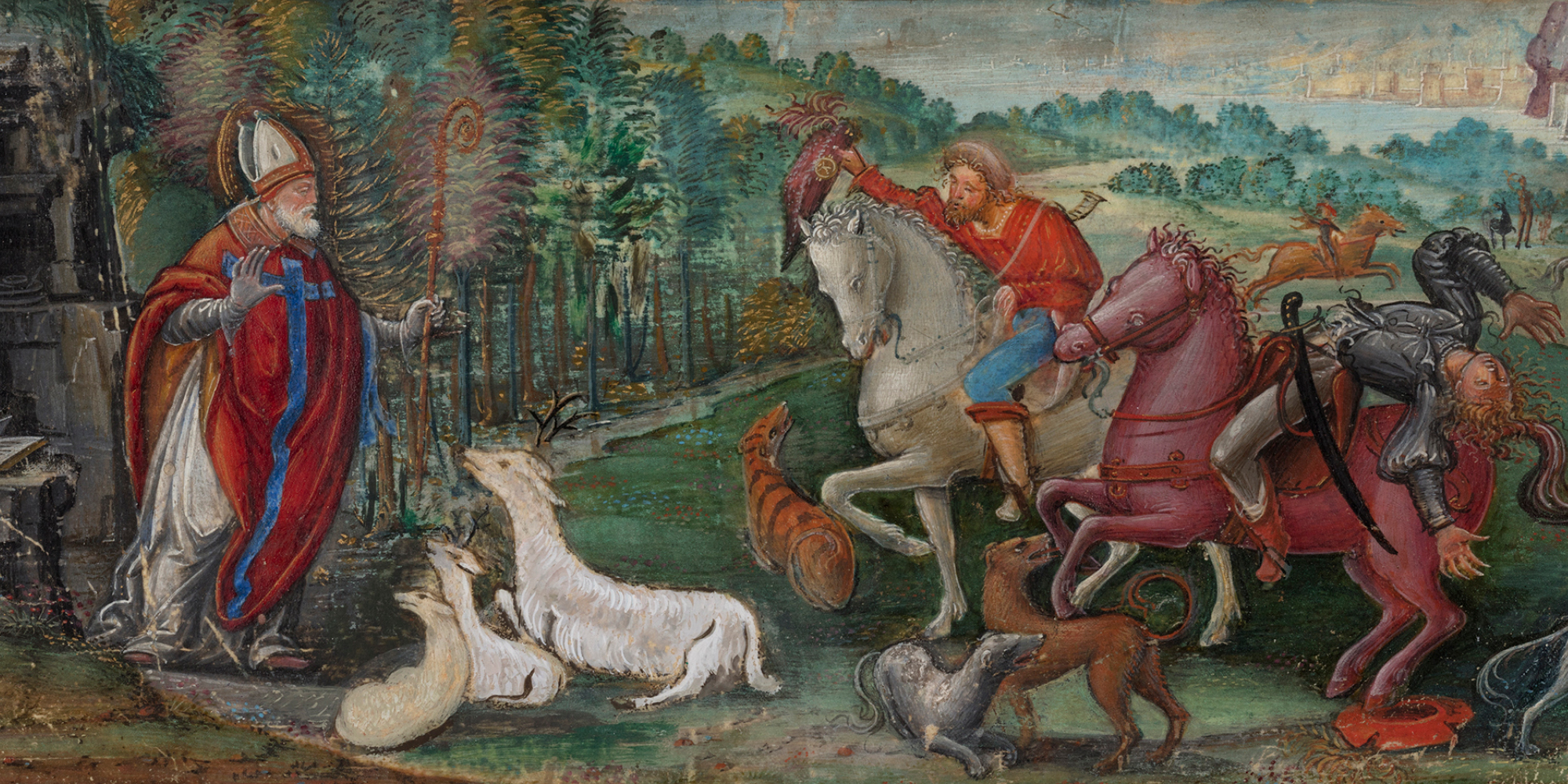 The Art Institute of Chicago is displaying a selection of medieval and Renaissance manuscript illuminations donated by Sandra Hindman, AB’66, a scholar, collector, and dealer of medieval art. The exhibited works, many of them tiny in scale, present a microcosm of daily life and art in medieval Europe. Hindman, a professor emerita at Northwestern, is the founder of Les Enluminures, a gallery specializing in manuscripts and miniatures with locations in Paris, New York, and Chicago. The Medieval World at Our Fingertips is on view until May 28, 2018.

Washington Post publisher Katharine Graham, AB’38, who died in 2001, is the subject of Steven Spielberg’s The Post (2017). The drama follows the tense legal battle over the newspaper’s decision to print the Pentagon Papers, classified documents about the Vietnam War. Graham’s decision to overrule the Post’s lawyers and publish the papers showed “guts and commitment to the First Amendment,” Post managing editor Ben Bradlee (played by Tom Hanks) wrote in 1995. To Graham’s disappointment, she wasn’t depicted in the 1976 film adaptation of All the President’s Men, but Spielberg makes it up to her in The Post: not only is she the star, she’s played by 21-time Oscar nominee Meryl Streep.

After 35 years in Congress, Sander Levin, AB’52 (D-Michigan), announcedhe will retire at the end of his current term. Levin, 86, served for almost three decades on the House Ways and Means Committee, and was the committee’s ranking Democrat from 2010 to 2016. He will join the Gerald R. Ford School of Public Policy at the University of Michigan as a distinguished policy maker in residence in January 2019.

On September 28, president Donald Trump nominated Howard C. Nielson Jr., JD’97, to the federal bench. If confirmed, Nielson will serve as a district judge on the US District Court for the District of Utah. Nielson, a former clerk to Supreme Court justice Anthony Kennedy, is currently a partner at Cooper Kirk in Washington, DC. He served in the US Department of Justice from 2001 to 2005. Allison Eid’s (JD’91) nomination to the US Court of Appeals for the 10th Circuit was confirmed November 2.

An Emmy for Bell

United Shades of America with W. Kamau Bell received an Emmy Award for Outstanding Unstructured Reality Program on September 9. The show, produced by and starring W. Kamau Bell, LAB’90, follows the comedian as he visits communities across America to discuss topics including racism, immigration, and incarceration. Bell has said the series is about “showing the power of awkward conversations to be the initiator of change.” United Shades of America’s third season will air on CNN in 2018.

Legal historian Paul Finkelman, AM’72, PhD’76, was named president of Gratz College in Melrose Park, Pennsylvania, on December 1. Finkelman, who taught most recently at the University of Ottawa School of Law, is the author or editor of more than 50 books, including Supreme Injustice: Slavery in the Nation’s Highest Court (Harvard University Press, 2018; see Releases, page 59). He has written and lectured about issues including American Jewish history, religious liberty, and the separation of church and state. He is the 11th president of Gratz, one of the oldest Jewish colleges in the United States.

Winemaker Warren Winiarski, AM’62, founder of Stag’s Leap Wine Cellars, whose cabernet sauvignon famously outmatched French counterparts in the 1976 Judgment of Paris, was inducted into the California Hall of Fame on December 5. Recognized for his achievements as a vintner and his efforts to preserve and showcase the California winemaking tradition, Winiarski is also an advocate for agricultural land preservation in the Napa Valley, and has placed almost 200 acres of his land into a conservation easement that protects it from development. He and fellow Hall of Fame inductees, including Steven Spielberg and Michael Tilson Thomas, received a “Spirit of California” medal from Governor Jerry Brown.