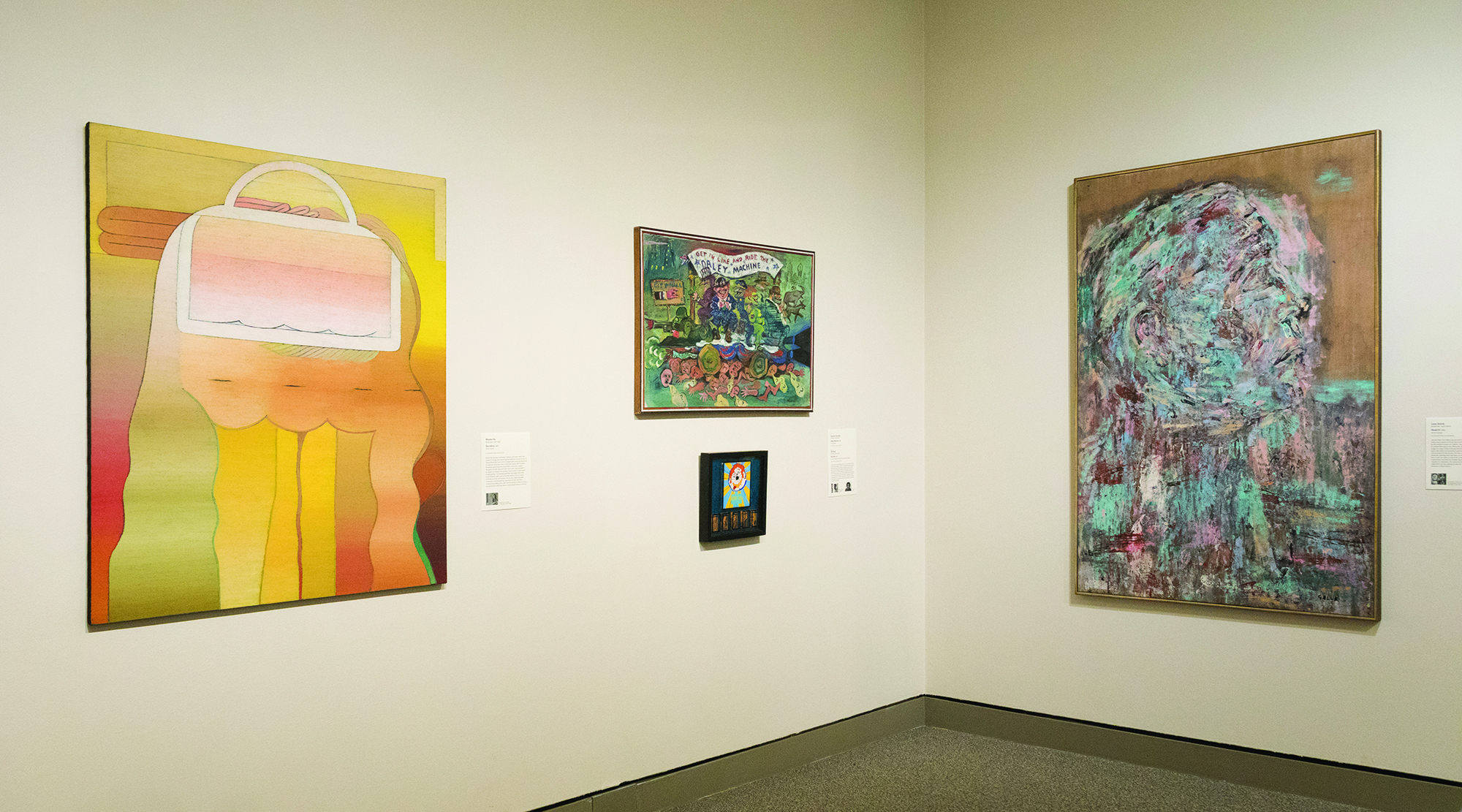 A selection of alumni whose names are in the news.

In with the art crowd

An exhibition of recent gifts to the Minneapolis Institute of Art includes major works by alumni associated with postwar Chicago’s leading avant-garde art groups. New to Mia: Art from Chicago, which runs until January 6, aims to elevate Chicago artists’ place in art historical narratives. On display are works by Leon Golub, AB’42, and Seymour Rosofsky, EX’50, who were part of the group known as the Monster Roster, as well as work by Philip Hanson, AB’65, a Chicago Imagist. A number of the gifts are from the collections of Richard Born, AM’75, the Smart Museum of Art’s consulting curator for special projects, and the late art critic Dennis Adrian, AB’57 (see Deaths).

The House with a Clock in Its Walls, a new film released in the United States by Universal Pictures in September, is based on John Bellairs’s (AM’60) young adult novel of the same name. Published in 1973, the novel is the tale of Lewis Barnavelt, an orphan sent to live with his uncle in small-town Michigan. Lewis discovers his uncle is a wizard, their neighbor is a witch, and the mysterious clock ticking in the mansion’s walls is an occult device set to induce the end of the world. Screenwriter Eric Kripke’s adaptation is a children’s fantasy film starring Owen Vaccaro as Lewis, Jack Black as his uncle, and Cate Blanchett as the neighbor. Bellairs, who died in 1991, wrote erudite works of fantasy and satirical fiction in addition to his 15 young adult novels.

In July Sheldon H. Nahmod, AB’62, AM’96, received the Abner J. Mikva Award from the American Constitution Society’s Chicago Lawyer Chapter. Named for US Court of Appeals judge Abner J. Mikva, JD’51, the award recognizes individuals who advance the society’s progressive mission. For Nahmod, a professor emeritus at the Illinois Institute of Technology’s Chicago-Kent College of Law, it was earned “for doing what I love to do: promoting civil rights and liberties by teaching, writing, and lecturing to students, lawyers, judges, and the general public.”

State of the Art

At a ceremony held in Boise, Idaho, in November, Kristin Poole, AM’90, will receive a 2018 Idaho Governor’s Award for Excellence in the Arts. Poole is the artistic director of the Sun Valley Center for the Arts, a multidisciplinary arts organization in Idaho’s Wood River Valley. Under her leadership, the center has been accredited by the American Alliance of Museums for exemplifying the highest standards in its operations and programming. Now Poole is officially recognized among the “stewards of Idaho culture and artistic expression.”

In September John Cawley, AM’98, PhD’99, professor of policy analysis and management and of economics at Cornell University, released a new edition of his popular handbook A Guide and Advice for Economists on the U.S. Junior Academic Job Market. First published in 2002, the handbook is updated and published biennially through the American Economic Association’s online network Job Openings for Economists, or JOE. It is read widely by new PhD economists for its practical tips, data, and job-search resources. But its popularity may be even larger: Cawley says he’s been told “it’s the most read and least-cited paper in economics.”

This summer Kathleen “Katie” Hill, JD’07, was named first assistant corporation counsel at Chicago City Hall, where she now oversees all 15 divisions of the city’s law department. Holding the department’s number-two job, Hill will help guide the city through the legal process of reforming its police department, offering counsel on how to implement the Chicago police consent decree pending enactment.

Comic book hero Riri Williams, codename Ironheart, is young, gifted, and black. In 2016 the teenage MIT engineering student debuted as a character in the Marvel Comics series The Invincible Iron Man, eventually stepping into the title character’s role. Now Ironheart is headlining a series of her own, written by Eve L. Ewing, AB’08, assistant professor in the School of Social Service Administration. Ironheart, a Chicago teen who has lost loved ones to street violence, “symbolizes what happens when you combine incredible strength and might with a sense of love, care, and a true desire for justice,” says Ewing. The first issue of Ironheart hits newsstands in November.