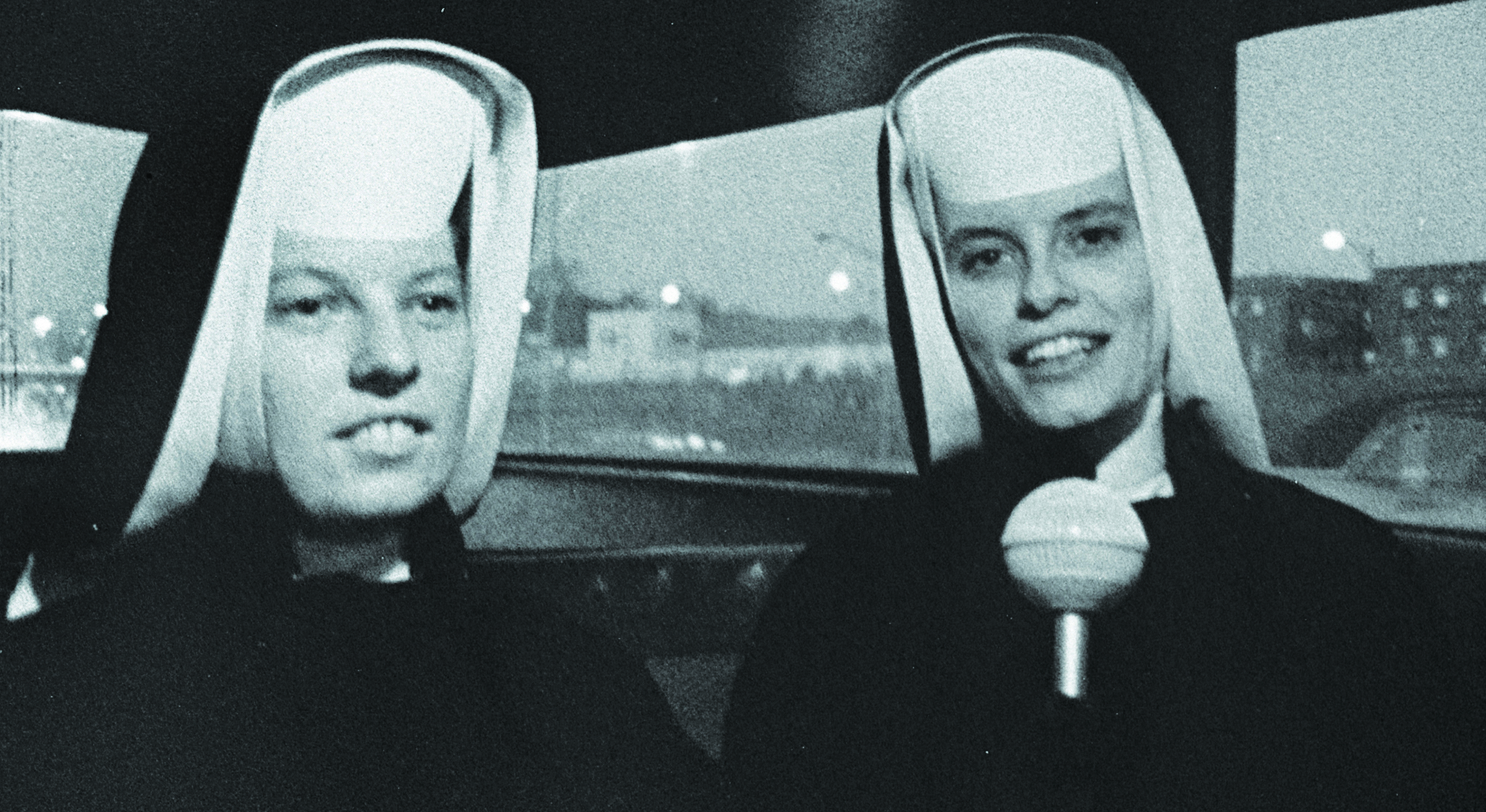 Who wants to know?

Inquiring Nuns, a 1968 documentary produced by Kartemquin Films, was released theatrically for the first time this fall on its 50th anniversary. Directed by Gordon M. Quinn, AB’65 (Class of 1964), and Gerald “Jerry” J. Temaner, AB’57, the documentary follows two Adrian Dominican Sisters through Chicago as they ask people they meet, “Are you happy?” Funded by Chicago’s Catholic Adult Education Center and inspired by the experimental French documentary Chronicle of a Summer (1960), the film has become a noted work of cinema verité documenting late 1960s social attitudes. With editing assistance from Alfred R. Franklin, EX’65, the film features minimalist organ music scored by Philip Glass, AB’56.

The Van Vlissingen Prairie on Chicago’s Southeast Side has been renamed in honor of Marian (Richardson) Byrnes, AM’50, the Chicago Park District announced in November. Byrnes, a Chicago Public Schools teacher and environmental activist who died in 2010, formed a committee in 1979 to prevent the Chicago Transit Authority from building a bus garage on the South Deering park site. The 135-acre Marian Byrnes Park commemorates Byrnes’s grassroots work in the area, including her leadership of the Southeast Environmental Task Force.

At the Kennedy Center Honors in December, composer Philip Glass, AB’56, was celebrated for his lifetime of achievement in the performing arts. “He can rightfully be described as one of our greatest modern composers,” Paul Simon said in his tribute, and Kennedy Center chair David M. Rubenstein, JD’73, called Glass “a modern-day Mozart whose works across opera, symphony, chamber music, and film define contemporary music and simply transfix us.” At the ceremony, pianist Jon Batiste paid homage by performing a solo from Glass’s chamber composition Glassworks (1981).

Charles Kane, AB’85, shared the 2019 Breakthrough Prize in Fundamental Physics, which recognizes “transformative advances” in the field. Kane was cited for helping introduce “new ideas about topology and symmetry in physics, leading to the prediction of a new class of materials that conduct electricity only on their surface.” The University of Pennsylvania physicist’s research on these materials, known as topological insulators, is part of a long-term collaboration with colleague Eugene Mele, with whom he won the $3 million award—the largest science prize in the world. According to the Breakthrough Prize Foundation, Kane and Mele’s research has implications for quantum computing and energy-efficient electronics.

An Einstein for Ashtekar

In October Abhay Ashtekar, PhD’78, earned the American Physical Society’s Einstein Prize for outstanding achievement in gravitational physics. Ashtekar, who directs Penn State’s Institute for Gravitation and the Cosmos, was recognized “for numerous and seminal contributions to general relativity, including the theory of black holes, canonical quantum gravity, and quantum cosmology.” Among those contributions, his reformulation of classical general relativity underlies the theory of space-time known as loop quantum gravity. As part of the biennial award, Ashtekar will deliver a special lecture on gravitational physics for the American Physical Society.

Unfinished at the time of his death and long caught in financial and legal limbo, Orson Welles’s film The Other Side of the Wind reached its first audiences in the fall, thanks in part to Filip J. Rymsza, EX’00, who coproduced the film’s reconstruction and release. Rymsza says he “made a lot of bold moves” to help finish the film, which retraces the last day of a director’s life. He acquired rights to the film before securing a deal with Netflix, which gave it a limited theatrical release in November. The Other Side of the Wind is now streaming on the platform, along with two documentaries Rymsza helped make about Welles’s—and his own—project.