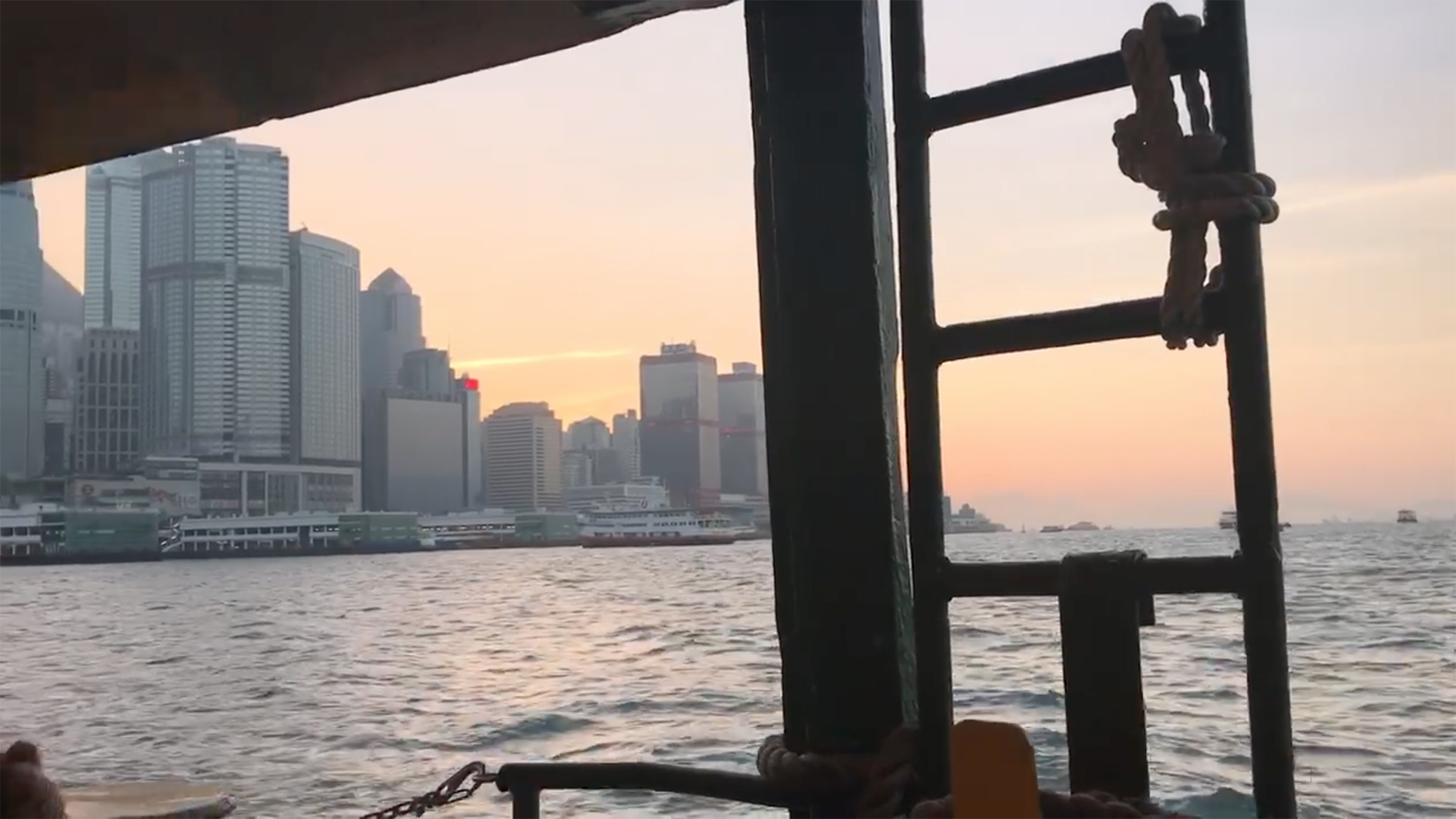 Off duty in a new city, a writer lets serendipity and a local’s advice guide the way.

Susie’s assignment was an introduction—not just to the new site, but to Hong Kong and Asia too. After several days intensely on-task as a reporter, she had a few hours to roam the city freely, and found herself aided by one especially hospitable alumnus. She returned to Chicago with the story, and some traveler’s notes.

“On December 2,” Susie writes, “with the pomp of the grand opening celebration dying down, I found myself chatting with Sam Wong, AB’82, who’d come from nearby Kowloon to scope out the new campus. I mentioned I had a little down time before dinner.

“‘You should take the Star Ferry,’ he said. Not a question, not a suggestion. The Star Ferry, which crisscrosses Victoria Harbour between Hong Kong Island and Kowloon, pops up on several must-do lists. The 10-minute trip is both a tourist favorite and an everyday mode of transit for Hong Kongers. Sure, I thought, why not.

“Sam was headed in the same direction as the ferry terminal and offered to walk me there. On the way he called out landmarks and told me stories. (Angelina Jolie’s character jumps from that building in Lara Croft: Tomb Raider) When I asked about the convivial groups of women chatting and relaxing in the streets, using cardboard boxes as picnic blankets, Sam explained that today, Sunday, was Hong Kong domestic workers’ day off.

“As we approached the turnstiles to board the ferry, I realized I hadn’t reloaded my transit card. Sam stepped in, swiped his own card, and sent me off with a wave. Very suddenly, still in business attire much too warm for the weather, and embarrassingly sweaty, I was sitting on the ferry. The sun was just beginning to set, and the downtown skyline was aglow.

“For the first time since arriving, I wasn’t worrying if my digital recorder was working (a perennial anxiety!). I just saw the city, a marvel of futuristic architecture and natural beauty. I thought, This is the best three Hong Kong dollars—about 40 cents—I’ve ever spent. Then I remembered I hadn’t spent it at all. Thank you, Sam, for the ride.”