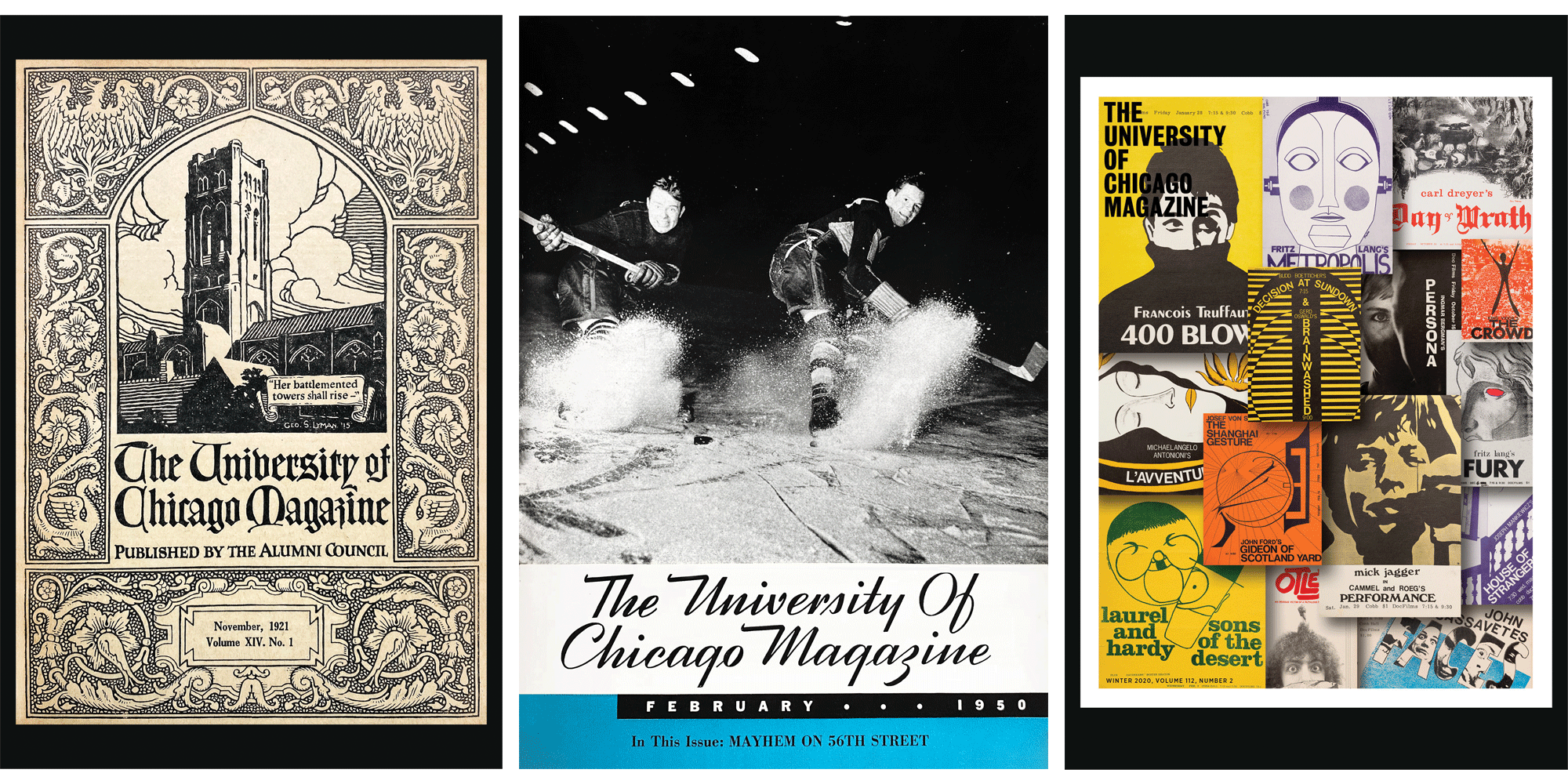 Postcards of the past

In defense of nostalgia.

By
Author
Laura Demanski, AM’94
|
The University of Chicago Magazine
—
Winter/21

In a quote I ran across 30 years ago and never forgot, the poet Howard Moss wrote, “Memory, the key to everything, brings with it nostalgia, which must be outgrown.” His words came to mind again while we worked on this issue. Is it memory or nostalgia that imbues our cover image? The couple, Charles and Irene Custer, were sharp-looking, spirited young newlyweds in the early 1950s when they captured on film hundreds of scenes of entrepreneurial America. At businesses dotting historic Route 66, Charles, ABʼ48, JDʼ58, set up his box camera while Irene, ABʼ48, made friends with and, with any luck, customers of the proprietors. For the full story, read “Out of the Past.”

Working on the story was a blast, and a balm. To look at the Custersʼ photos, in all their dense, crisp detail, has been a respite from our present in all its uncertainty and upheaval. Maybe thereʼs nostalgia in that. But the people pictured had weathered hardships as drastic as ours: a world war and the Great Depression before that. The back-to-normal lives captured on film were hard-won. A blast, a balm, and a reminder, maybe.

While escaping into those images this winter, we also found ourselves poring over scenes from the Magazineʼs past. For a gift to readers who support this publication, we looked through all 113 yearsʼ worth of issues for striking covers to adorn postcards we hope youʼll want to have to display, send to friends, or simply wax, yes, nostalgic over.

Set aside my general, not disinterested sense that alumni magazines may not fall under Mossʼs principle. Going back in time, to old issues and to documentary photos like the Custersʼ, can well serve as nostalgia and memory alike. Both within and outside the University, the world changed over the years in ways that the face of the Magazine reflected and even illuminates. The Custersʼ photos reward close study with real insights about their moment. If they cast a short wistful spell at the same time? I sincerely hope youʼll enjoy it.