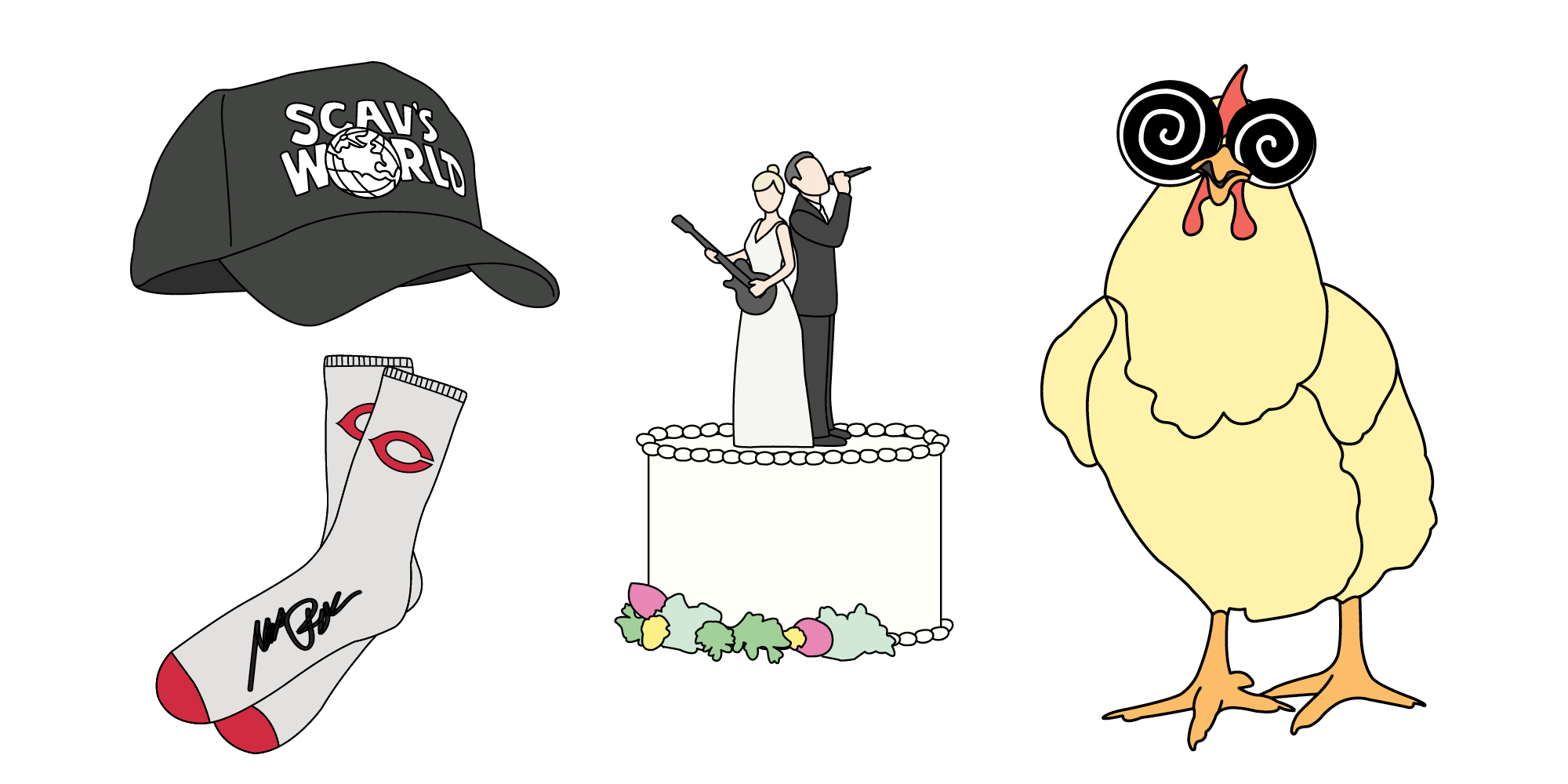 Scav Files. The truth is out there.

Untold stories from a new book about a beloved UChicago tradition.

Certain Scav Hunt stories are enshrined in campus lore. Most Maroons know, for instance, about the students who built a working nuclear reactor to complete a 500-point item on the 1999 list.

But there are years of Scav stories—unexpected triumphs and hilarious misadventures alike—known only to a select few insiders. In the new book We Made Uranium! And Other True Stories from the University of Chicago’s Extraordinary Scavenger Hunt (University of Chicago Press, 2019), editor Leila Sales, AB’06, assembled the very best Scav Hunt tales for the world to marvel at. We scavenged a few for your amusement.

Shakespeare scholar David Bevington, the Phyllis Fay Horton Distinguished Service Professor Emeritus, has come to the aid of several Scav Hunt teams. In 1992 he acted out a scene from Wayne’s World and in 2006 he donned a pair of short-shorts—all for the cause.

2. What if the real hunt is for love?

In 2015 alumni competitor Erica Pohnan, AB’07, completed item 293 (hypnotize a chicken) from Borneo, Indonesia, where she was doing fieldwork. She successfully entranced a chicken for one minute and 40 seconds, and sent the video to prove it.

4. Scavvies know how to even the score.

Chicago newsman Mike Royko was fond of taking digs at UChicago undergraduates in his columns, so Scavvies fought back by including a Royko-themed item on several years of lists (for instance: a pair of Royko-autographed socks; a letter by Royko on Tribune stationery reading “the University of Chicago is a Great Institute of Higher Learning and a Most Excellent Party Zone”). Royko was so exasperated by the pestering that he began leaving town each year during Scav.