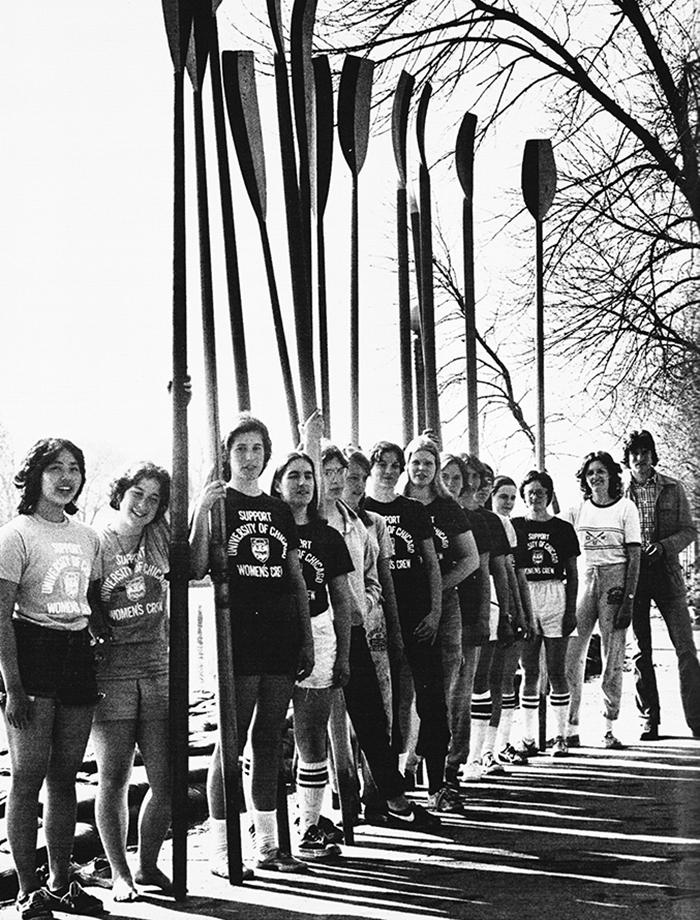 The University of Chicago women’s crew club launched in the 1975–76 season, heading to Boston’s Head of the Charles Regatta just months after the club formed. Their “Support University of Chicago Women’s Crew” T-shirts were part of a $10,000 fundraising campaign to cover the costs of travel and new boats and oars. Included in this lineup are club cofounder and president Barbara (Hornung) Harvey, AB’79 (third from right); head coach Mark Maxson (far right); and coxswain Elaine Chin, AB’79, MAT’80 (far left). (Photography by Don Morris, AB’36) 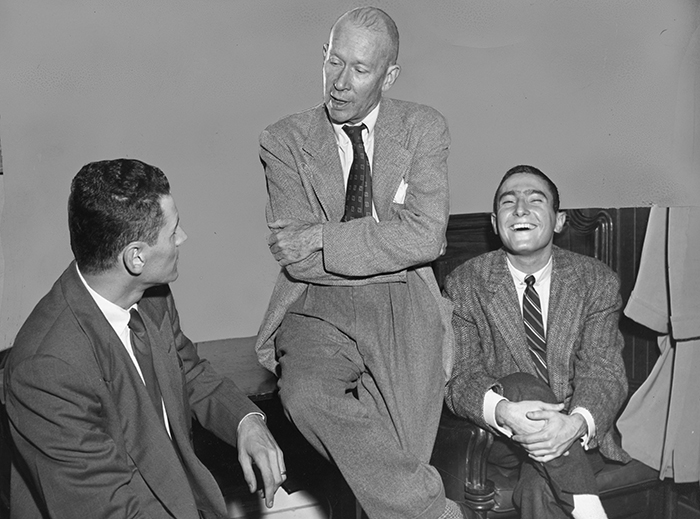 E. E. Cummings (center) is backstage at Mandel Hall with Chicago Review coeditors Lachlan MacDonald, AM’57 (left), and Samuel Blazer, AB’57 (right), in 1955. The student-run literary quarterly brought the poet to campus for a Wednesday night reading that October. Cummings’s ultramodern sonnet beginning “someone i am wandering a town,” published in the journal’s summer issue, appeared in the poet’s last collection before his 1962 death. Chicago Review’s legacy lives on. Founded in 1946 by budding poet and critic J. Radcliffe Squires, AM’46, and social work student Carolyn Dillard, EX’46, the journal marks its 75th anniversary this year. (Photography by Stephen Lewellyn, AB’48; UChicago Photographic Archive, apf1-02051, University of Chicago Library)

Another take on tiki 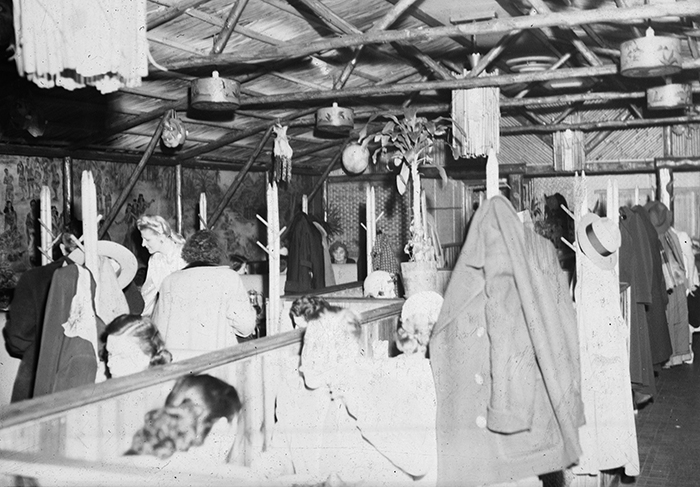 From the 1940s to the 1960s, UChicago students could escape to the South Pacific with no more than a walk to 57th Street, thanks to the legendary Tropical Hut restaurant. This 1952 photograph of T-Hut’s interior captures the ambience of the restaurant during its heyday, complete with a seaside panorama in the mural at left. Bruce A. Shuman, AB’63, AM’65, who writes about first visiting the restaurant in his undergraduate days, had the distinction of being a T-Hut patron at both its Hyde Park location and its later incarnation several miles south on Stony Island Avenue. Both huts are now dwellings in memory alone. (UChicago Photographic Archive, apf4-02252, University of Chicago Library) 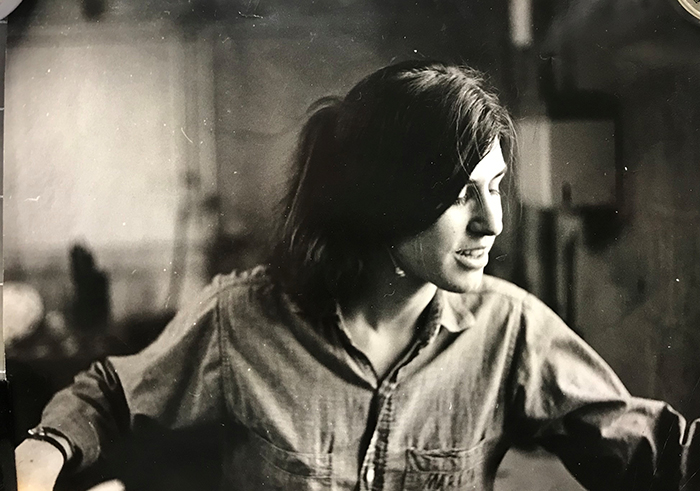 Inspired by our call for recollections of Midway Studios, Marion Sirefman, BFA’68, sent us this photo of herself at work in the arts facility’s printmaking workshop. Sirefman believes the photo dates to her third year in the College (1966–67). Though the printmaking workshop was disbanded in the 1970s, Midway Studios remains a vital part of the life of the arts on campus, housing the Gray Center for Arts and Inquiry. If you can tell us who took this portrait, please write to uchicago-magazine@uchicago.edu. (Photo courtesy Marion Sirefman, BFA’68) 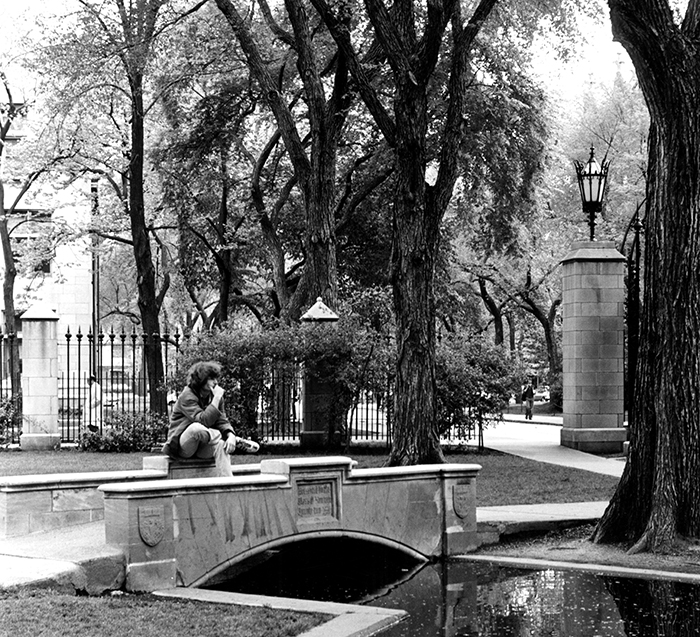 Springtime makes a destination out of Botany Pond for all kinds of occasions, both lively and serene—tug-of-war contests, mallard duckling hatchings, and lone contemplative moments like this one. What memorable moments of your own took place at this picturesque spot on the quads? Do you remember a revival of the mustache race, in which losers (or winners, or judges, or spectators) of the facial-hair-growing contest would be tossed into the water? Let us know at uchicago-magazine@uchicago.edu. (UChicago Photographic Archive, apf2-01102, University of Chicago Library) 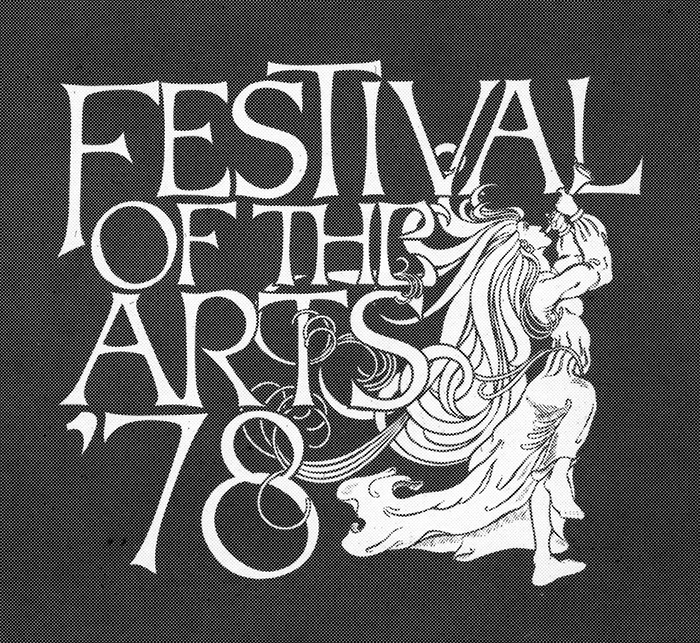 A Spring Quarter tradition since 1955, the Festival of the Arts had evolved by the late 1960s from a long weekend of exhibitions and performances into what the University of Chicago Magazine described as a “super colossal and very costly happening.” FOTA kicked off the 1970s with a monthlong series of 60-some events, including a Maypole dance, a Blackfriars’ rock musical called Sweetlife, and a poetry reading by Allen Ginsberg. The yearly festival continued to thrive throughout the decade in a spirit combining the classical and the countercultural. FOTA 1978 brought an evening of ballet and modern dance, a Modern Poetry Awareness Day with readings taking place in trees and trash cans, and more Maypole dancing. In recent years FOTA has joined forces with the Logan Center for the Arts and campus groups to develop year-round programs, including fellowships that provide student artists with workspaces, funding, and mentoring. (UChicago Photographic Archive, apf3-01111, University of Chicago Library) 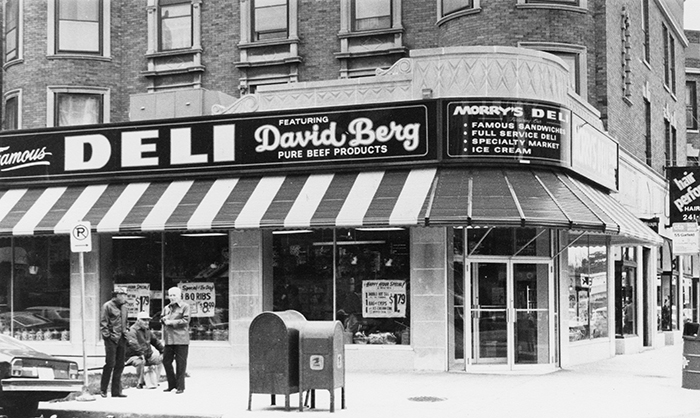 Morry’s Deli, originally located on 55th Street between Lake Park and Cornell Avenues, opened its first campus dining spot in 1980 in the University of Chicago Bookstore. By mid-decade Morry’s had eateries in Hutchinson Commons and the C-Shop, along with a catering service known as Chez Morry’s. Meanwhile, the original off-campus location was rechristened El Lugar, a now defunct Mexican restaurant, as the flagship deli moved down the block to the corner of 55th and Cornell, where it remains today. Were you a regular at any of the Morry’s restaurants on 55th? Which of the campus shops was your spot? Send us your memories at uchicago-magazine@uchicago.edu. (Copyright 2021, The Chicago Maroon. All rights reserved. Reprinted with permission.)

A taste of Greece 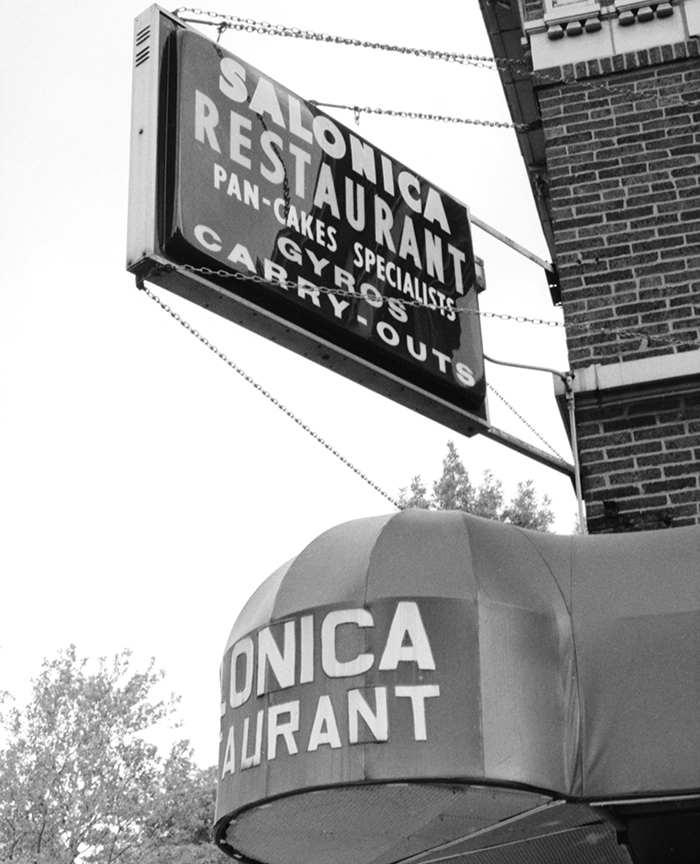 Founded in 1979, Salonica takes its name from the Greek port city where original owner Nick Karaiskakis was born. The Greek diner’s “pan-cakes specialists” have also earned a reputation for their steak and eggs, the go-to dish of UChicago economics professor and Freakonomics coauthor Steven Levitt when he drops in at 57th and Blackstone. What were your menu favorites at Salonica, and what memories do you have of eating in those wood-framed booths? Write to us at uchicago-magazine@uchicago.edu. (Photography by Alma Limprecht Klein, AB’98, Copyright 2021, The Chicago Maroon. All rights reserved. Reprinted with permission.) 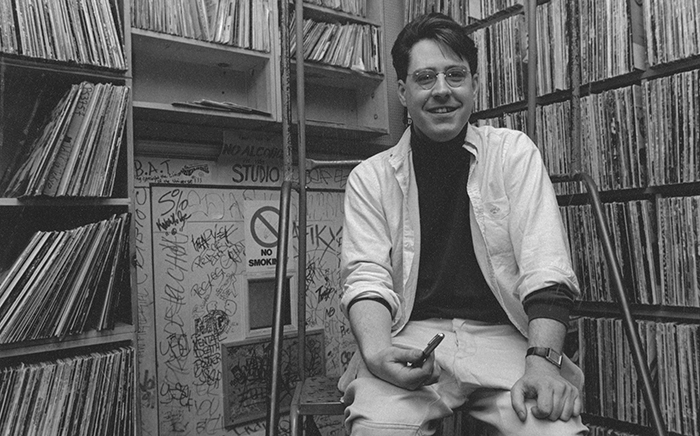 As a graduate student in history, cultural critic Thomas Frank, AM’89, PhD’94, was WHPK’s station manager, using the radio station’s office down the hall from its Mitchell Tower studios as production space for the Baffler, the journal of left-wing criticism he cofounded before arriving at UChicago. The journal and the radio station had a shared ethos, Frank said in a 1993 interview. “It basically comes out of this idea that stems from punk rock in the late 1970s, and that is, cultural production outside of the traditional culture industry.” Frank’s dissertation, published as The Conquest of Cool: Business Culture, Counterculture, and the Rise of Hip Consumerism (University of Chicago Press, 1997), became a best seller. (Photography by Adam Lisberg, AB’92; Copyright 2021, The Chicago Maroon. All rights reserved. Reprinted with permission.)

Have photos from your UChicago days? The Magazine may be able to share them in Alumni News and in a future Snapshots. Send high-resolution scans and your memories of what the pictures are about to uchicago-magazine@uchicago.edu.