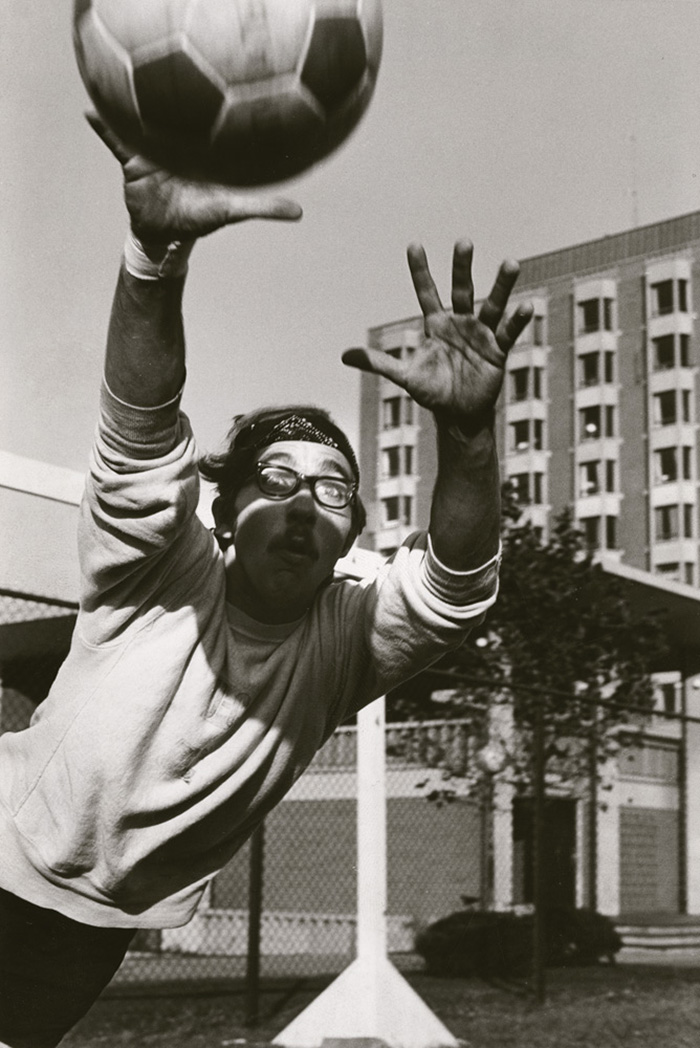 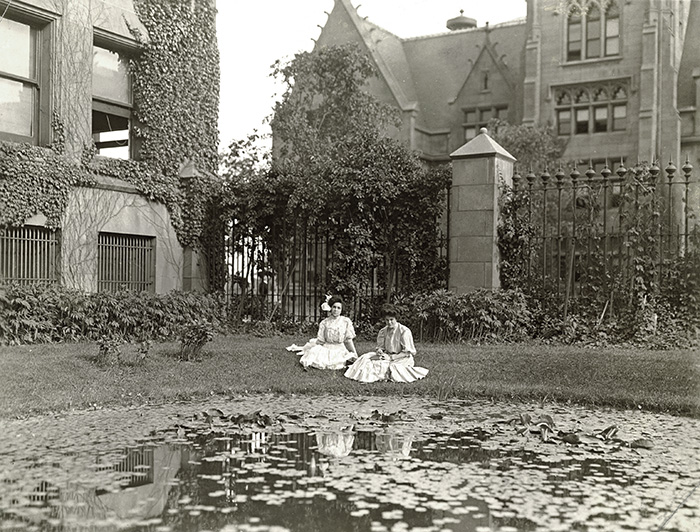 Soon after the University’s founding, John Merle Coulter, the first chair of the botany department, proposed installing a campus-wide botanic garden. President William Rainey Harper demurred. But Coulter, who had an extensive private plant collection, was allowed to shape Hull Court, including Botany Pond, seen here in 1903. A few of Coulter’s plants are thought to survive, including the pond’s least popular plant, a stately female gingko near the sidewalk leading to the cloister. Each September before the tree drops its berries, Facilities Services erects a canopy to catch the fetid fruit and keep passersby from treading it into buildings. What’s your favorite outdoor spot on campus? Write to us at uchicago-magazine@uchicago.edu. (UChicago Photographic Archive, apf2-01158, Hanna Holborn Gray Special Collections Research Center, University of Chicago Library) 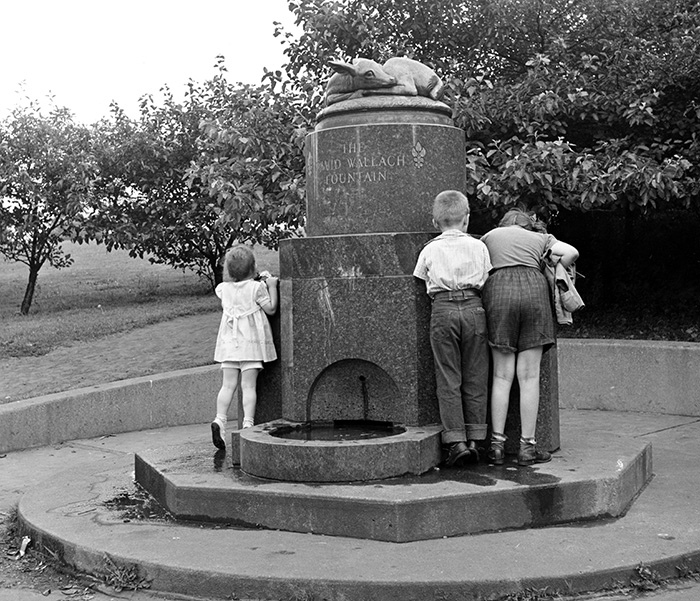 Children drink from the David Wallach Memorial Fountain in 1955. When Wallach died in 1894, he left $5,000 for a fountain near the lake to supply water for “man and beast.” Sculptors Elisabeth Haseltine Hibbard and Frederick Cleveland Hibbard collaborated on the fountain, installed at the 55th Street entrance to Promontory Point in 1939. Elisabeth modeled the bronze fawn after a doe at the Lincoln Park Zoo. Her husband created the marble fountain, which includes a well in its base with water for pets and wildlife. Both had been students of Lorado Taft, who created the Fountain of Time sculpture on the Midway and taught at UChicago. Elisabeth also taught at the University from 1943 to 1950. What are your favorite memories of the Point? Write to us at uchicago-magazine@uchicago.edu. (Photography by Mildred LaDue Mead; UChicago Photographic Archive, apf2-09143, Hanna Holborn Gray Special Collections Research Center, University of Chicago Library) 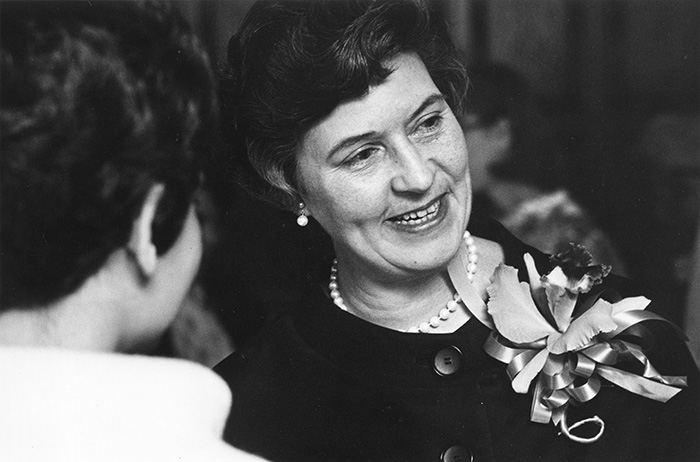 Muriel McClure Beadle, author and civic leader, in 1966. The wife of University president George W. Beadle (1961–68), she wrote a lighthearted chronicle of their time at UChicago, Where Has All the Ivy Gone? A Memoir of University Life (Doubleday, 1972). Her books also include The Cat: History, Biology, and Behavior (Simon and Schuster, 1977). The Beadles, who had 17 cats at their home in Pasadena, CA, gave all but two away before moving to Chicago. M’zelle, unhappy at her loss of California freedom, escaped onto the sharply pitched roof of the president’s house and remained there until George, an experienced mountain climber, retrieved her. After that, Muriel took M’zelle out for walks on a leash. Alumni of the 1960s, did you ever see M’zelle out on a walk? Alumni of all eras, any stories of notable cats, dogs, parakeets, monkeys, lizards, or … ? Send your stories of UChicago creatures to uchicago-magazine@uchicago.edu. (UChicago Photographic Archive, apf1-00472, Hanna Holborn Gray Special Collections Research Center, University of Chicago Library)

Jump at the chance 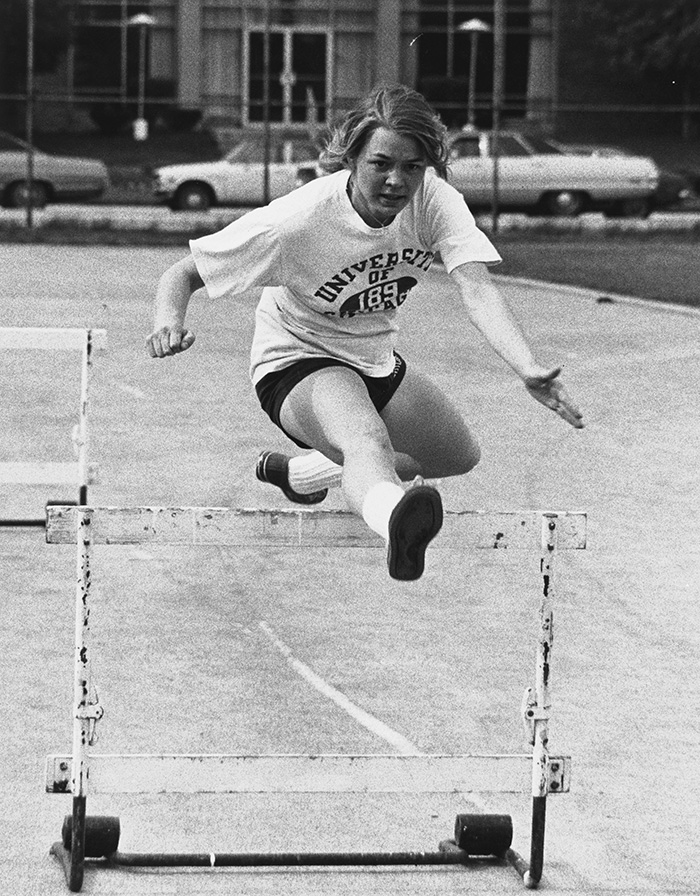 Becky Clouse, AB’77, then a second-year student, runs the hurdles during track practice in 1974. Title IX, which banned sex discrimination in federally funded education programs, had passed just two years before. Despite its broad aims, Title IX is best known for expanding opportunities for women and girls in sports. One of the bill’s sponsors was Rep. Patsy Mink, JD’51 (1927–2002). After her death, the law was renamed the Patsy T. Mink Equal Opportunity in Education Act. What sports did you play at UChicago? Send your sporting tales to uchicago-magazine@uchicago.edu. (Photography by Jennie Lightner; UChicago Photographic Archive, apf4-01160, Hanna Holborn Gray Special Collections Research Center, University of Chicago Library) 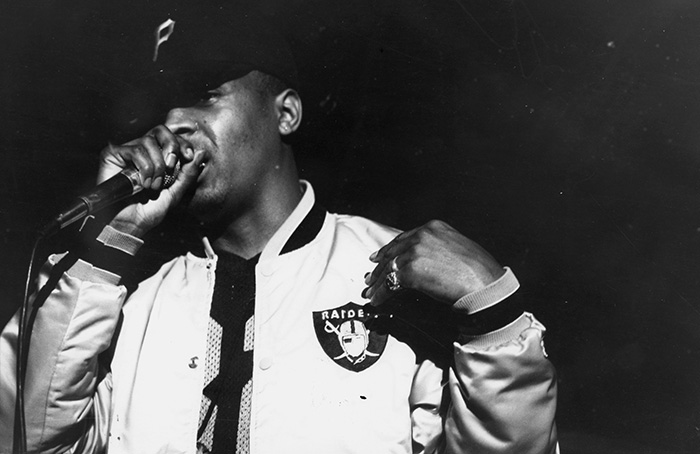 Chuck D of hip-hop group Public Enemy performs at Mandel Hall in 1989. The band had released its breakthrough album, It Takes a Nation of Millions to Hold Us Back, the year before. Public Enemy’s live shows were “gripping” and “shocked American audiences cold,” the music review site Pitchfork wrote in 2014. What musical acts did you see at UChicago that you still brag about today? Toot your own horn at uchicago-magazine@uchicago.edu. (Photography by Adam Nadel, AB’90; Copyright 2022, The Chicago Maroon. All rights reserved. Reprinted with permission.) 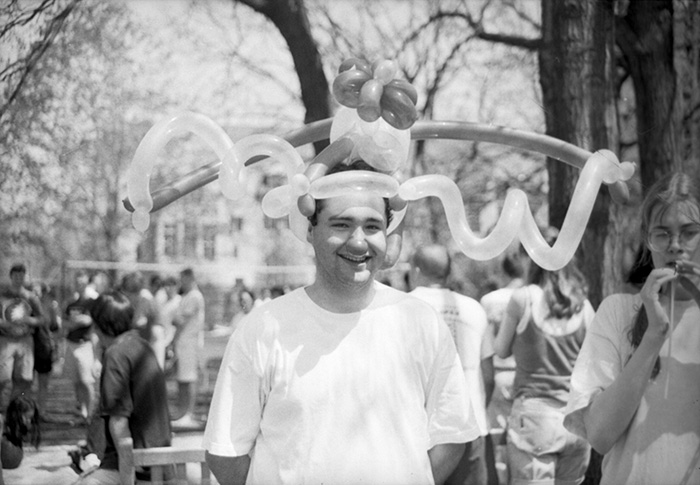 A student at the 1996 Summer Breeze festival sports a balloon hat and clown nose. The annual music festival, organized by the student-run Major Activities Board, began in the 1980s and returned in 2022 after a three-year hiatus. Performers included Dreamer Isioma, Channel Tres, and Swae Lee. What was the most unforgettable performance you saw at UChicago or in Hyde Park? Write to us at uchicago-magazine@uchicago.edu. (Photography by Lauren S. Crabtree; Copyright 2022, The Chicago Maroon. All rights reserved. Reprinted with permission.) 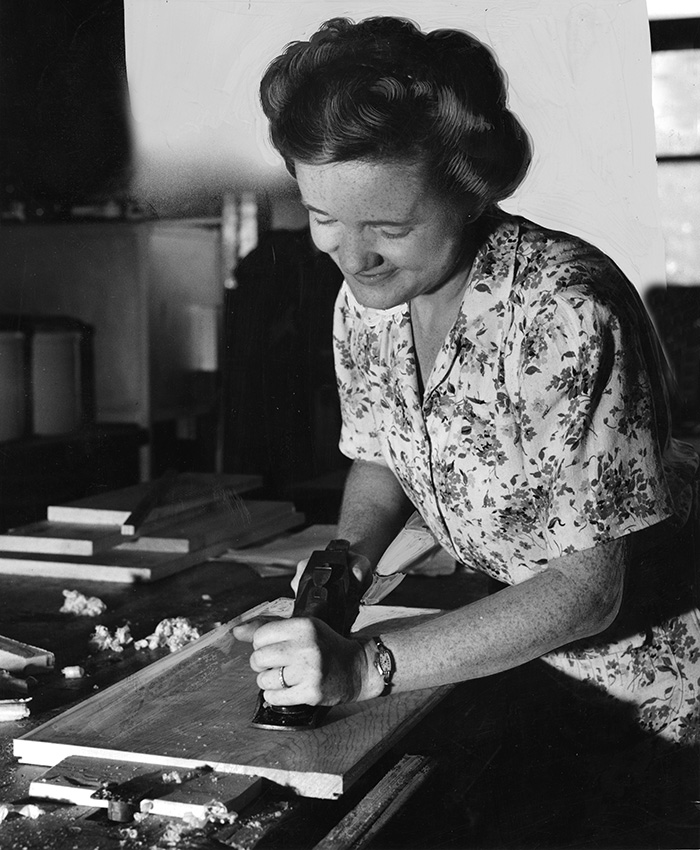