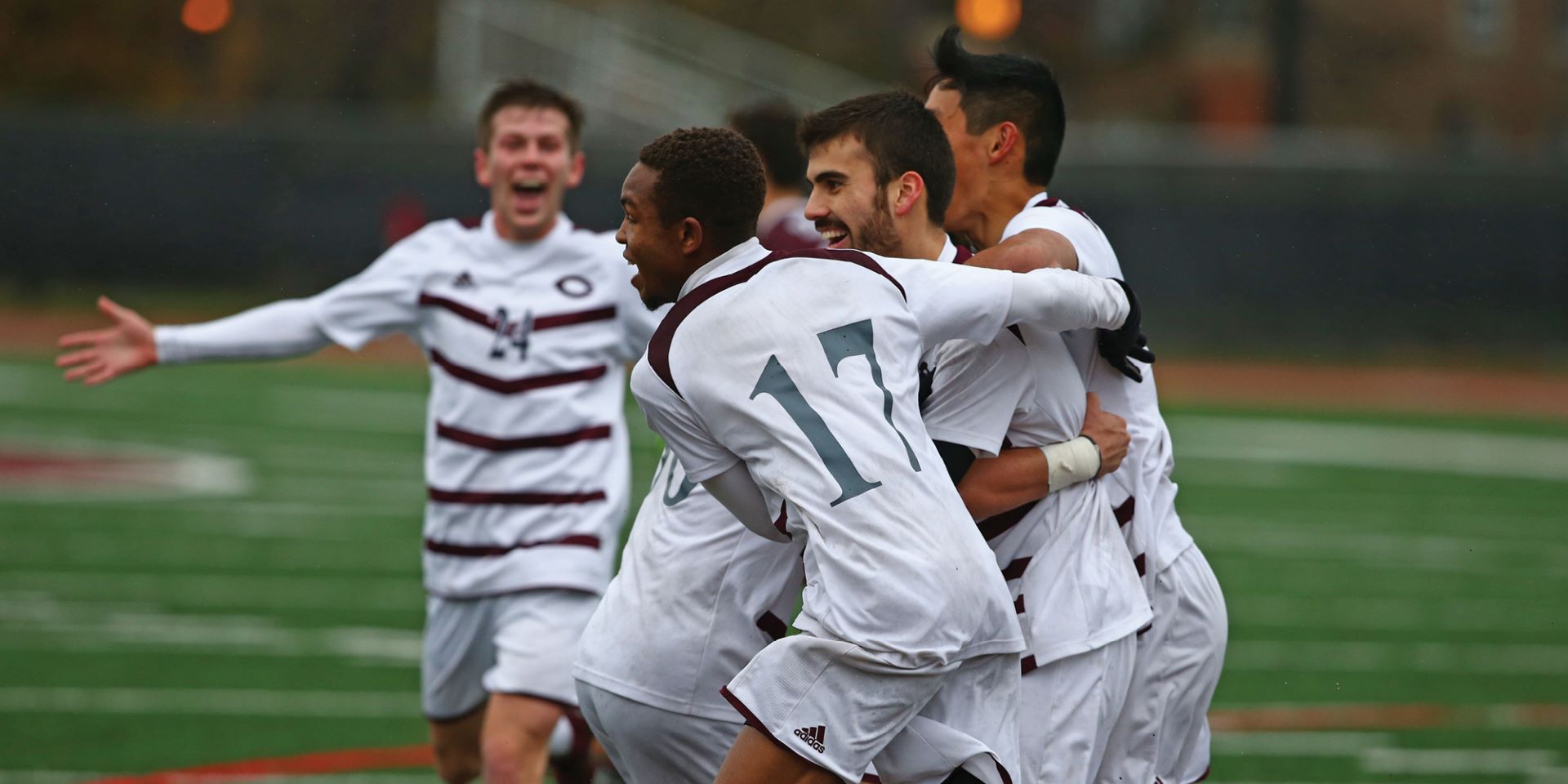 The UChicago menʼs soccer team came closer than ever to winning its first national title this year. (UChicago Athletics/Diamond Photography)

On November 2 UChicago opened the Green Line Performing Arts Center in the Washington Park neighborhood. The renovated 6,600-square-foot building includes the E&A Theatre, a black box venue with seating for 80-plus; the Harris Studio, a rehearsal and performance space; and a lobby and courtyard for public programs and exhibitions including outdoor film screenings. Providing support to performing artists and theater ensembles across Chicago’s South Side, the center also will offer training for neighborhood residents with interest in theater design and production.

On November 7 the Board of Trustees awarded the University of Chicago Medal to David Booth, MBA’71. A UChicago trustee, he is a life member of the Council on Chicago Booth and serves on the Becker Friedman Institute for Economics board. In 2008 Booth made the largest gift in UChicago history. The University renamed the Graduate School of Business in recognition of Booth that year. Established in 1976, the University of Chicago Medal recognizes distinguished service of the highest order to the University by an individual or couple. Since its creation, the medal has been awarded to 23 individuals.

College fourth-year Sarah Nakasone and Law School second-year Christopher Crum are among 48 US students who received Marshall Scholarships to pursue graduate work in the United Kingdom next fall. A global studies major, Nakasone plans a career in disease control and prevention, with a focus on engaging women in HIV sexual health programs. Crum will examine how governments can use law to combat threats that the internet poses to individual privacy, the integrity of elections, and the quality of public discourse.

Yali Peng, LLM’17, has won a Rhodes Scholarship to study at the University of Oxford next fall. Peng is enrolled in the Law School’s JSD program, designed for international lawyers. At Oxford, she will pursue a doctorate in either criminology or socio-legal studies and hopes to examine sentencing structures and criminal behavior with a focus on how the justice system affects people from marginalized communities. Peng was among four Rhodes Scholars from China this year. She is the 53rd UChicago student to receive the scholarship.

Military-affiliated students, faculty, and staff have a new resource in the Office for Military-Affiliated Communities, which coordinates programs, support services, and partnerships across UChicago. These include scholarship programs for veterans in the College and Chicago Booth, faculty research focused on improving health care for veterans, the University’s partnership with the Army Research Laboratory, and the annual Veterans Day recognition event, which this year featured a keynote address by Eric Gleacher, MBA’67.

The men’s soccer team got closer than ever before to winning the program’s first national title, losing 4–1 to Calvin College in the NCAA Division III National Semifinal on November 30. Still, it wasn’t all heartbreak for the Maroons: fourth-years Max Lopez and Nicco Capotosto were named to the 2018 United Soccer Coaches NCAA Division III Scholar All-America Teams. On the women’s side, third-year Mackenzie Peebles and Jenna McKinney, AB’18, also earned All-American honors. The women’s soccer team finished their season 13–5–1 overall, while the men went 18–3–1.

The University of Chicago Library is now home to the archives of 21 Nobel laureates. Stephen M. Stigler, LAB’59, the Ernest DeWitt Burton Distinguished Service Professor in the Department of Statistics, has donated his father’s papers to the library, where they are available for research in the Special Collections Research Center. A leader of the Chicago school of economics, George Stigler, PhD’38, taught at UChicago from 1958 until his death in 1991, receiving the economics Nobel in 1982.