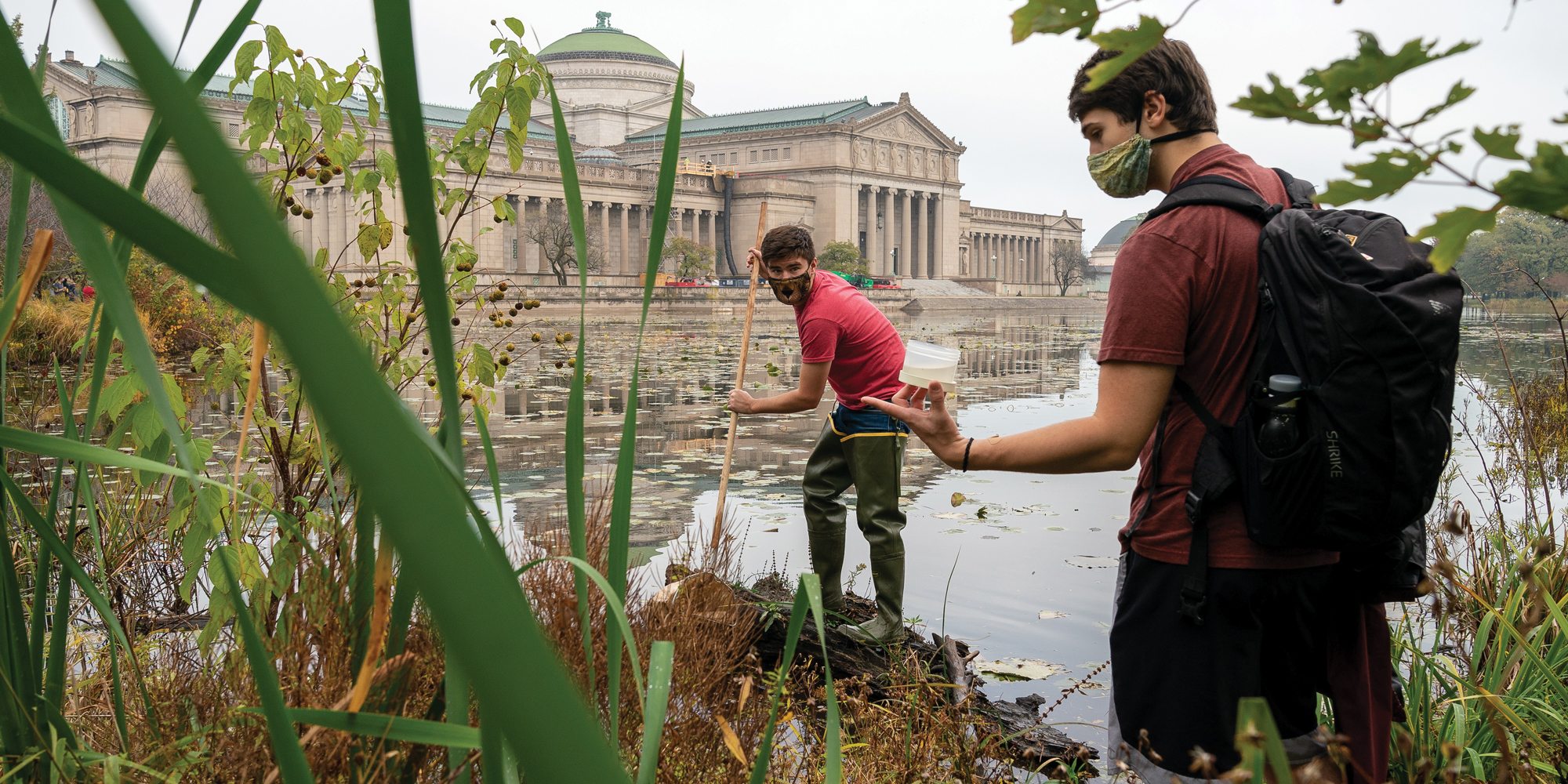 Ecology and Conservation students on a field trip to Jackson Park, where they collected aquatic invertebrates in the Columbia Basin, behind the Museum of Science and Industry. The course also included trips to Midewin National Tallgrass Prairie and Indiana Dunes National Park. (Photography by Jason Smith)

&ldquo;We shall every one be mask&rsquo;d&rdquo;

Classes outside and in tents. Masks worn everywhere, even by the grotesques. Scenes from an Autumn Quarter that required some improvisation.

Since last March, our sense of space has been off. Although personal space varies by culture—Americans prefer to keep 3.1 feet between themselves and a stranger, according to a 2017 study—no culture in the world thinks six feet between friends is normal.

For the students who returned to campus last fall, the normal rhythms of College life were also off. The quarter began with two weeks of quarantine, when all classes were remote, even those with an in-person component. At Thanksgiving, students who went home stayed there. The quarter ended all remote, just as it began.

In these less than ideal circumstances, students still did normal-ish things: they went on field trips, did labs, studied on the quads, played games with their friends. Here’s a look at what Autumn Quarter in Hyde Park felt like this year.