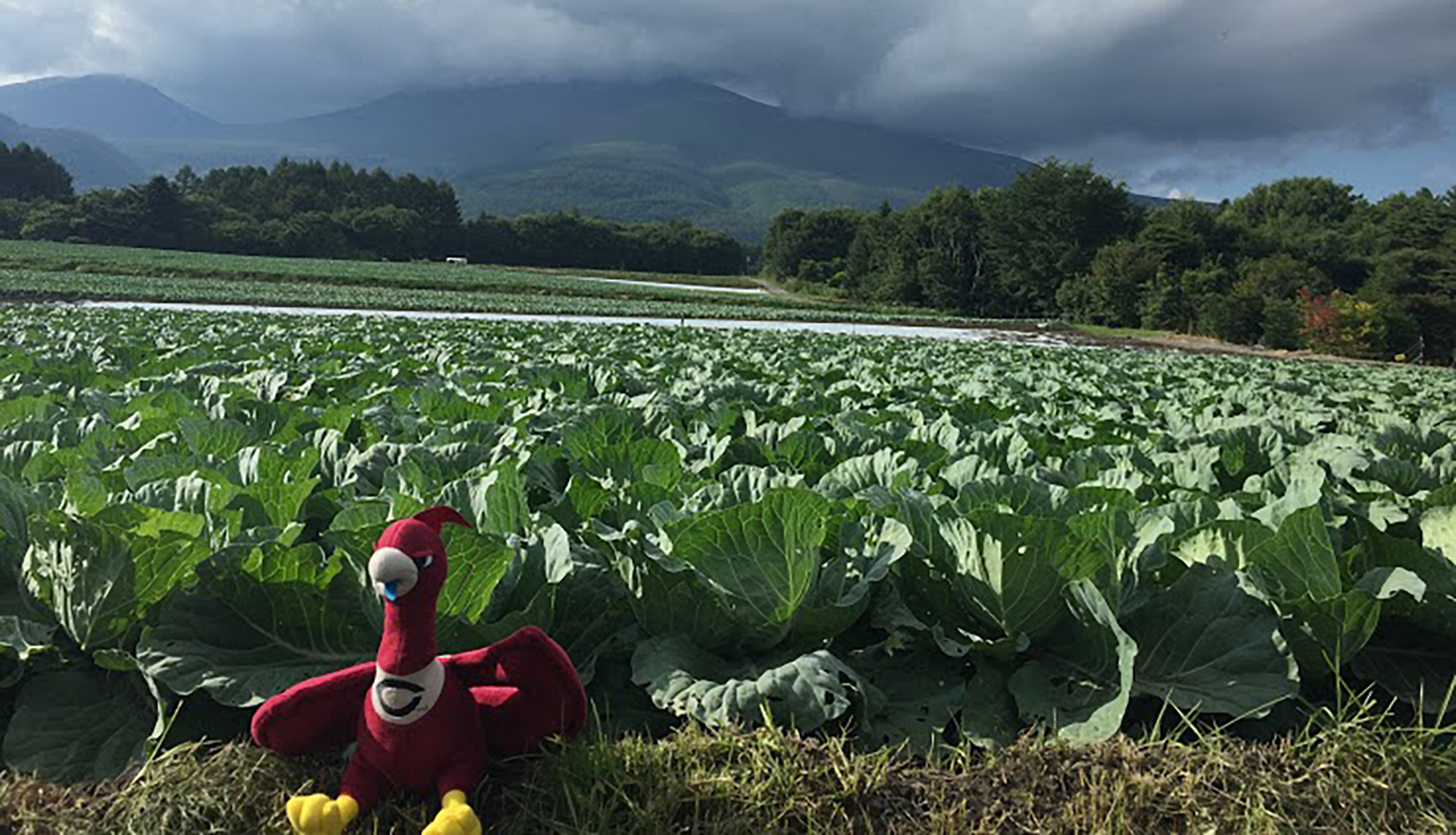 Phil relaxing in a cabbage field near Mount Asama, the most active Volcano on Honshū, Japan’s main island.(Photography by Eloise Hyman, AB’17/UChicago Office of College Admissions)

Where in the world is Phil the Phoenix? This year, UChicago College Admissions counselors began taking their mascot along as they visited schools around the world. So far, Phil has collected passport stamps from countries including Cambodia, Costa Rica, India, Italy, Mexico, Singapore, and the United Kingdom. Like any good tourist, the intrepid bird took lots of photos along the way. Below, he poses at a United World College campus in Karuizawa, Japan. The signs above show the distance to the 17 other UWC locations globally. (Alumni of these international high schools can receive scholarships to attend UChicago through the Davis UWC Scholars Program.) With admissions travel season winding down, Phil has temporarily shelved his Ziploc of three-ounce toiletries. But we have no doubt he’ll be struck by wanderlust before too long—and when he is, you can follow along on Instagram at @uchicagoadmissions.