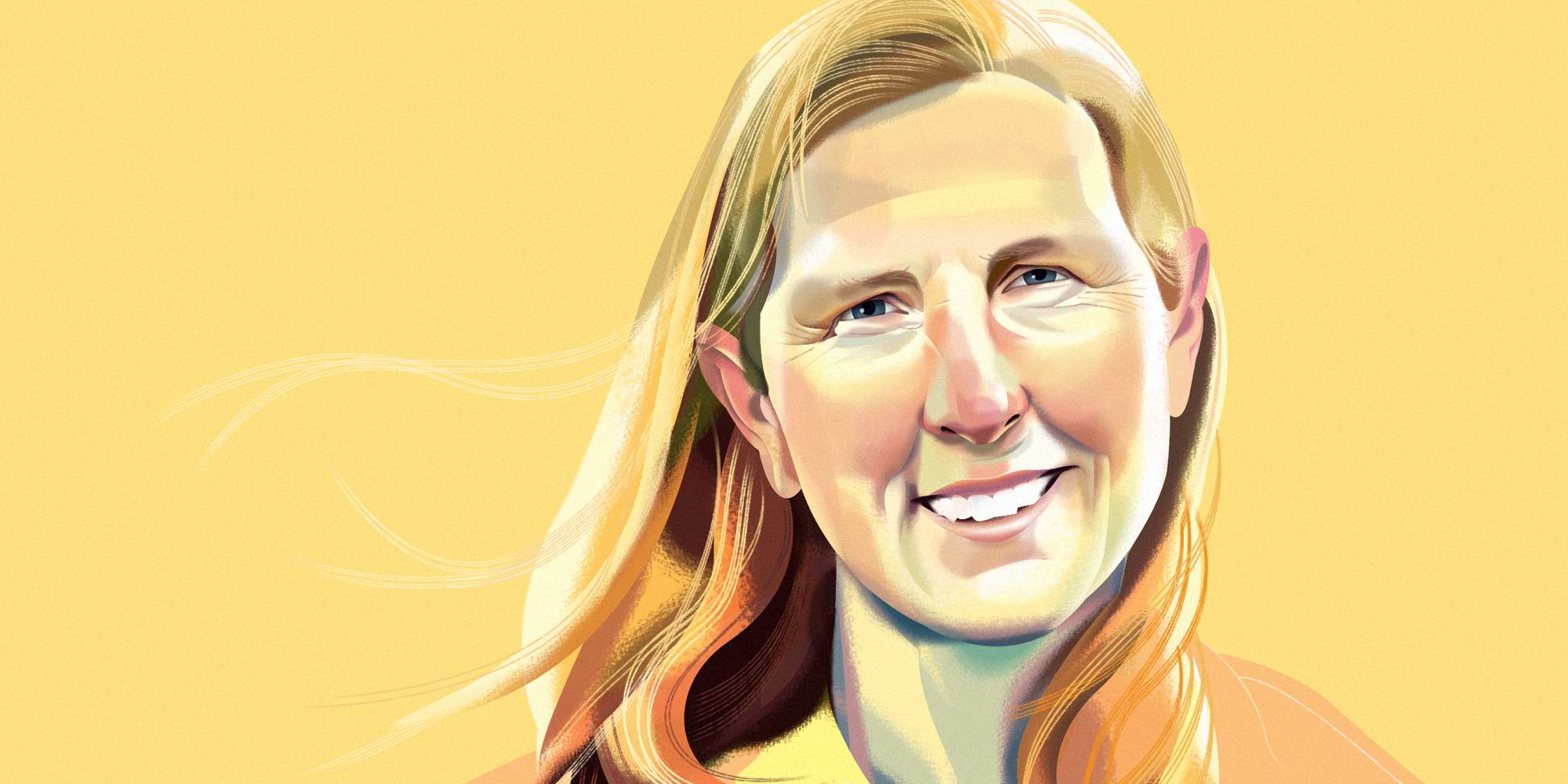 Questions for the award-winning novelist and short story writer.

The University of Chicago Magazine
—
Fall/18

One summer I traveled with the circus. I sold snow cones and lived on the Ringling Bros. and Barnum & Bailey Circus train. If I recall correctly, work was profitable through September, so I was late getting to my fall classes in my junior year. The job involved running up and down stadium stairs for six hours a day with a heavy tray over my head, so I was in great shape, and I made quite a bit of money. My voice has never quite recovered in these 36 years from yelling above the noise of the crowd and the show music, “Get your snow cones, red hot snow cones,” and “There’s no balls like snowballs.”

Teaching mathematics. Though I was a philosophy major in college and though creative writing was my passion, my favorite weekly event at UChicago was Math Tea every Friday, and so naturally when I went to graduate school it was to study mathematics. By the time I figured out how to write good fiction, I was in a PhD program focusing on graph theory. It was my PhD adviser who suggested I take a writing class. To bring matters full circle, I am currently writing a novel about a young woman who loves math.

If you’re talking about food, I love every single thing.

Loading hay. We’re a farm family, and when I was young every summer involved loading and unloading thousands of bales of hay. Now we only have a couple of donkeys, and we need something like two hundred bales of hay, but it always comes without warning, just a call from our farmer friend saying we’re baling now. Everybody else dreads loading and unloading and stacking the hay in the barn, but I just love this physical activity. Though at age 56, it wears me out, it somehow makes me feel young. Once there was rain on the way and everybody else was tied up, so I brought in 110 bales from the field by myself.

Jeanette Winterson’s memoir Why Be Happy When You Could Be Normal? Before that it was The Underground Railroad by Colson Whitehead. Loved both. Since I started this questionnaire, I just finished Train Dreams by Denis Johnson. Picking up three brilliant books in a row thrills me!

Min Jin Lee’s Pachinko. It’s epic. Her narrative follows a fictional Korean family for five generations, and we see how the members of that family suffer and thrive through World War II, the partitioning of Korea, right up until the present-day situation of Koreans living in Japan. I learned a lot to carry away with me, but during the reading I was mostly just caught up in this story of survival and desire. The author got her law degree at Georgetown, but telling stories lured her away.

What was the last book you put down before finishing it?

This happens more as I get older, that I discover a book that other folks love might not be good for me, or not at a certain time. I got halfway through A Prayer for Owen Meany (John Irving) and decided to put it back on my shelf. I love the characters and the good humor of the writing, but it’s long and I thought the women in the story were not fully realized. I don’t mind if a book’s material just doesn’t include women, but if the women characters get short shrift, I think the book might not be for me.

The Structure of Scientific Revolutions by Thomas Kuhn. Hands down. He introduced the idea of scientific paradigm shifts. He would disapprove of my borrowing his ideas about science to describe sociological issues such as the American political situation. He showed how the facts go on to support one view of the world and how they will stretch and stretch to accommodate that view, until it becomes clear that they no longer can. If only politicians were as earnest as scientists and could see the strain, we might progress socially as we progress scientifically.

I took a class that I believe we called “Trashy Fiction of the ’30s,” in which we read Faulkner, Fitzgerald, Steinbeck, Caldwell, etc. When we read The Grapes of Wrath, I was blown away by how compassionately an author, Steinbeck, could treat poor, struggling people. This gave me an idea that I might have something to write about.

George Saunders. I would want my biography to be a work of fiction, of course, and Saunders would be just the guy to blend the quotidian, the extraordinary, and the surreal. And he would make my story his own, and that is the job of a writer.

I’m good at cleaning and at organizing a mess of objects into their categories and putting them away where they belong (and creating the places they belong). If you have ever seen my messy house, this might surprise you. Let me explain. Cleaning and organizing takes a lot of time away from my writing, and my writing is way more important to me.

When I was a kid, my mom told me to take every opportunity. For a while that was great advice. I grew up poor but traveled the country by hitchhiking. I led bicycle tours in Eastern Europe when I was 17—seems unreal, now that I think about it. Turns out that if you’re not trying to play it safe lots of opportunities arise. Now I have so many opportunities I have to turn them down all the time, and it makes me a little melancholy, thinking about what I might have passed up, what my world might have been like if I’d said yes.

Take a deep breath. Because I have a problem with anxiety, I used to take long walks at night around the campus telling myself, “Relax, it’s okay if you don’t get an A in every class,” but I imagine today’s students are all well adjusted and well rested, so I would just tell them to be their brilliant selves and keep a journal—time is going to fly, and you will want to remember everything.

To take my work seriously. Before getting to Chicago, my friends all said I was too serious and worried too much about my studies. Chicago allowed me to indulge my intellectual obsessions. As far as writing, I had to take my work seriously myself for a long time before I got any accolades from the outside world.

What’s your most vivid UChicago memory in two sentences or less?

My first fiction-writing class ever was with Richard Stern, and it was a workshop situation, providing very little instruction but just reading one another’s work. When it was my turn, Stern said, authoritatively, “This work epitomizes all that is wrong with fiction-writing today.”