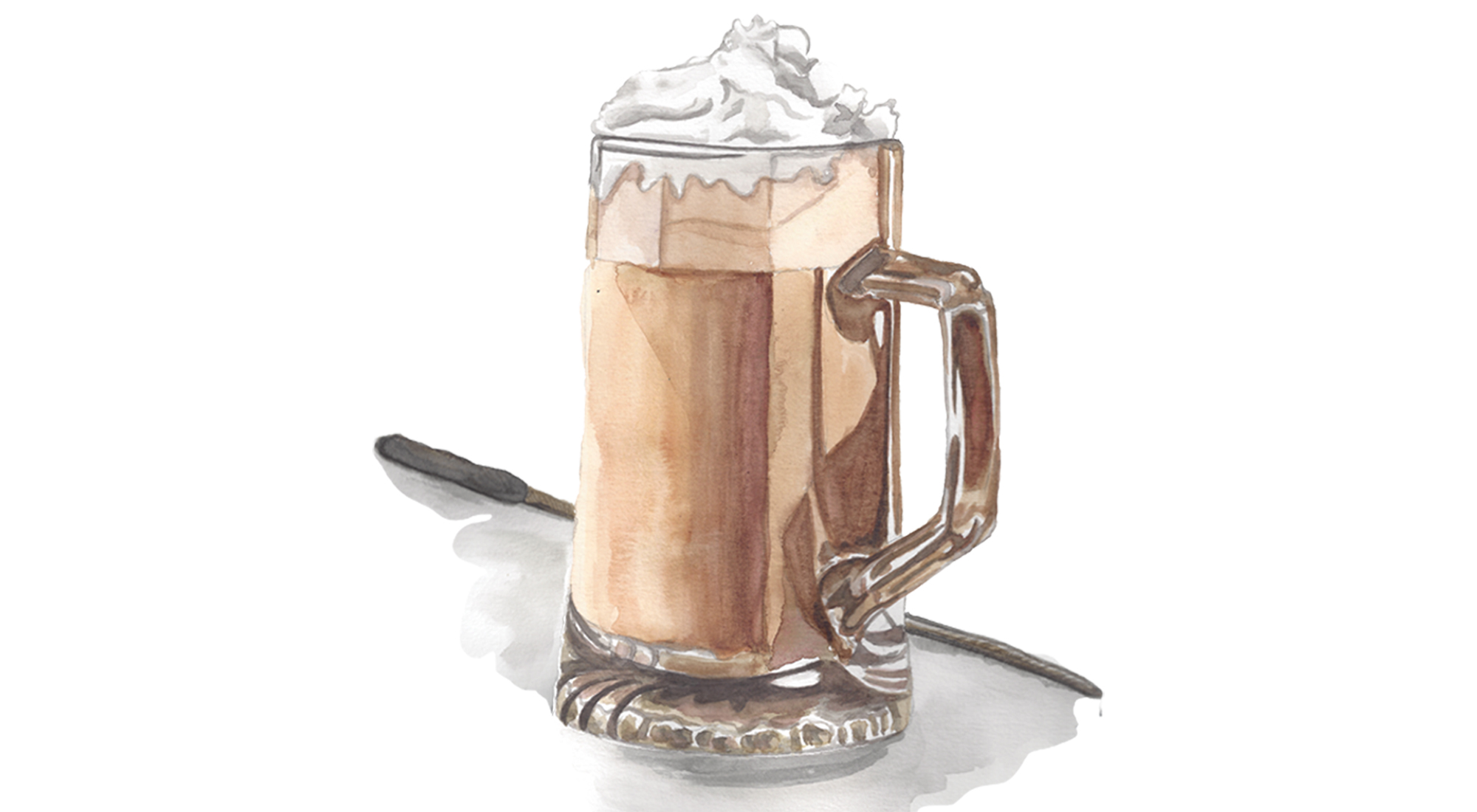 A recipe from Literary Libations by Amira Makansi, ABʼ10.

What to drink with Harry Potter?

From the chapter “Can I See Your I.D.? Junior Pairings for Young Adult Books”

If you’re reading any of the Harry Potter books, whether you’re joining Hagrid in the Leaky Cauldron for the first time or seeking out the Horcruxes scattered across the world, you’re going to want some butterbeer. Yes, I know that butterbeer doesn’t actually show up until Harry Potter and the Prisoner of Azkaban, but let’s be honest: it’s the most memorable drink from the series (except maybe Polyjuice Potion, and I wouldn’t wish that on anyone). Sweet, warming, and mildly alcoholic (in the books—our version is virgin), butterbeer serves as a communal beverage and a relaxing treat. If you, like me, desperately wish you were born not a Muggle but a witch or a wizard, butterbeer is the closest we can come to pretending. In the days after the Universal Studios’ Wizarding World opened, their butterbeer recipe was the subject of much discussion. The Associated Press published a recipe that is widely believed to be very similar to the one served at the Leaky Cauldron at Universal Studios. Get your broomstick and wand and knock back a mug of this creamy drink, because there are dark things coming your way, and you’ll need your wits about you.

In a small saucepan, over medium heat, combine the water and brown sugar and bring to a boil. Stir often until the mixture reads 240˚F on a candy thermometer.

Remove from heat and promptly stir in butter, salt, cider vinegar, and 1/4 cup whipping cream. When fully incorporated, set aside to cool.

When mixture has cooled, stir in the rum extract. Combine 2 tbsp. of the brown sugar mixture and the remainder of the heavy cream in a medium mixing bowl. Using an electric mixer or a stand mixer, beat the heavy cream until just thickened, but not completely whipped. This should take 2–3 minutes.