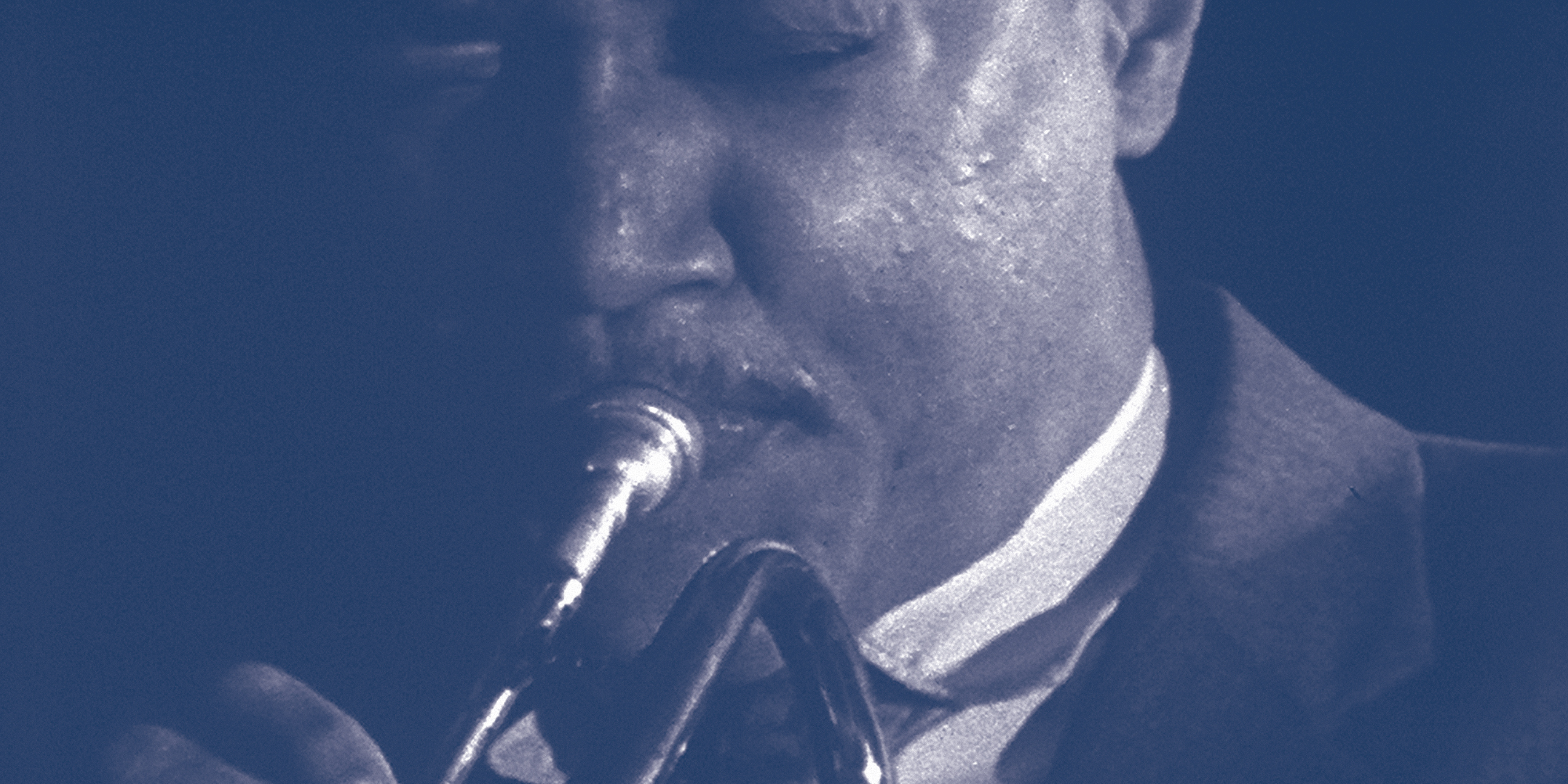 Ralph Ellison despised it. Amiri Baraka said it influenced his thinking. The late documentarian Willard van Dyke called it “the most prophetic film ever made.” Preceding the Black Power movement and the widespread founding of African American studies departments, The Cry of Jazz articulated an incisive view of black personhood that has been dissected, decried, and debated since its 1959 premiere.

Produced by an all-black creative team in and around Hyde Park, the 34-minute independent film depicts an interracial jazz club meeting that turns tense after Alex, the club secretary, asserts that only African Americans could have created jazz. A heated debate ensues, interspersed with South Side scenes and early footage of Sun Ra and his Arkestra. What so chafed civil rights era audiences was The Cry of Jazz’s damning conclusion: if the African American experience is inseparable from the intergenerational trauma of racism and slavery, then white Americans, in turn, must be defined by their sins.

Throughout, The Cry of Jazz takes up music as a metaphor for race in America. Though never named, Hyde Park itself seems to extend the metaphor: everything from the heady seminar-like style of the debate scenes to the name of the fictional music society (the Parkwood Jazz Club, whose meeting was filmed at an apartment at 51st and Greenwood) makes the film’s setting all but obvious, its script a pointed nod to the community’s own roiling racial tensions. Cinema and media studies professor Jacqueline Stewart, AM’93, PhD’99, who grew up in Hyde Park and has studied The Cry of Jazz for more than a decade, says she is struck by its “knowing and caustic view” of the neighborhood.

“[The film] really seemed to get at what must have been the feeling among many people when the processes of urban renewal were in motion,” says Stewart, who directs the University’s Arts + Public Life initiative and preserves work by local amateur filmmakers through the South Side Home Movie Project. “There was a lot of concern about where African Americans could live and work and socialize on the South Side and whether or not Hyde Park was going to be this model for interracial community, and whether white people were really ready to have African Americans as social and intellectual peers.”

The Cry of Jazz is even more remarkable given that it was a novice attempt by four self-taught filmmakers: composer Edward Bland, EX’50, who studied music and philosophy at the University on the GI Bill; Nelam Hill, a Purdue graduate who met Bland in the Navy and worked at Chicago’s Department of City Planning; Eugene Titus, SB’46, SM’47, a childhood friend of Bland’s and former Southern University professor then doing research at the Museum of Science and Industry; and Mark Kennedy, author of the 1953 novel The Pecking Order. All were drawn into the University of Chicago’s vibrant intellectual milieu—but, Bland later recalled, their “real education” happened after hours in Hyde Park bars.

“We’d hang out a lot at a bar called Jimmy’s, and get in these arguments with all these jazz-critics-to-be,” Bland said in a 2007 Wax Poetics interview. “They were mostly White, and I felt there was a racial angle too; I felt they were trying to, shall we say, wipe the Blackness out of jazz. And they wouldn’t listen to us, so we decided to put it in stone.”

Together the four formed KHTB Productions (taken from the first letters of their surnames) and pooled their talents to bring The Cry of Jazz to life. Working closely with Bland and Hill, Kennedy supervised the script remotely from his new home in New York City. As director, Bland brought a distinctly musical approach to the film’s structure, plotting out shots based on the pacing of the Arkestra’s recordings—which the little-known ensemble allowed them to use gratis, in exchange for exposure. Hill managed the project’s finances, sourced entirely from the founders’ own salaries (with help from their wives). The film’s all-volunteer cast and crew included Second City cast member Andrew Duncan, EX’58, and journalist Gavin MacFadyen, who portrayed cynical white male interlocutors; actress Melinda Dillon (credited as Linda Dillon) played a white female jazz club member; and filmmaker Howard Alk, EX’49, offered editing and technical assistance.

Ultimately The Cry of Jazz’s expenses (nearly $8,600) far outstripped its income ($2,300). However, its aims were more ideological than commercial. As New York University cinema studies professor Anna McCarthy argues, the film’s didactic script and acting might have been influenced by Cold War cultural television programming. (The Ford Foundation’s Omnibus may be the most famous example, but University professor Mortimer Adler’s The Great Ideas was another likely precedent.)

Still, Stewart says, The Cry of Jazz defies easy categorization, made at a time when so-called race films created for segregated audiences were on the wane and blaxploitation was still years off. “As a black-film historian, we really thought about the kind of late 1940s to late 1960s as a dead period of black filmmaking,” she says. “It does seem anomalous: It’s not narrative; it’s not a documentary either. So it’s doing something else. It’s not exactly an essay film. It’s an argument.”

At the time, The Cry of Jazz’s provocative pronouncements that “the Negro is the only human American” and not “like everybody else” made both black and white critics irate. Not unlike the film’s imagined debates, public screenings all but devolved into screaming matches. One panel discussion at Cinema 16 in New York City—which included Bland, Kennedy, Ralph Ellison, and jazz critic Marshall Stearns—was even briefly interrupted by a police officer.

Correspondence between Bland and Hill suggests that several colleges and universities across the country, both historically black and predominantly white institutions, screened The Cry of Jazz. However, John Fritz, director of the University of Chicago’s Audio-Visual Center, declined to do so, writing in a 1960 letter to Hill that he feared disruptions to an on-campus screening. He added that he found the film’s argument “somewhat questionable” and would rather rent than purchase it, concluding that the University “[did] not foresee frequent use sufficient to justify expenditure of money for one given title.” (That didn’t stop Doc Films from independently screening the film two years later as part of a series called Image of the American Negro on Film.)

Shortly after The Cry of Jazz’s completion, Bland and Hill joined Kennedy in New York City to begin work on a sequel, “The American Hero.” The film was written but never produced: with an estimated budget of $375,000, the project needed a major distributor, but no studio was willing to take the risk. It “went out to about 109 production companies and I got 109 rejections,” Bland later told Wax Poetics.

Though it ended up being KHTB’s only film, The Cry of Jazz has had a more lasting impact on cinema studies and black studies than its creators could have ever anticipated. The film’s 50th anniversary sparked a resurgence of scholarly interest, and in 2010, the National Film Preservation Board—on which Stewart serves as chair of the task force on diversity, equity, and inclusion—recommended it for preservation in the Library of Congress’s National Film Registry. According to Stewart, the board cited The Cry of Jazz’s inclusion of Sun Ra, noncommercial aims, and deviance from “traditions of black filmmaking, as we knew them.” It was inducted that same year.

Bland was the only KHTB member who lived to see the film’s renaissance. Mark Kennedy seems to have left no record of his fate; Eugene Titus died in 1972. Nelam Hill was a successful urban planner in the New York metropolitan area until his death in 1992. Bland became a successful composer, producer, and arranger—for Sun Ra as well as Dizzy Gillespie, Lionel Hampton, and others—and wrote classical music. He was working on a percussion suite when he died in Smithfield, Virginia, in 2013.

As for how Hyde Park remembers The Cry of Jazz? Inside Jimmy’s, a faded, yellowing panorama hangs to the left of the bar. The ink cartoon, completed in 1955 by artist Arthur Castillo, captures a clamoring night at the dive, featuring real-life regulars of all races. But it also captured history. Front and center in the tableau, Ed Bland and Nelam Hill sit opposite each other, deep in conversation, Hill’s palm emblazoned with the word “PEACE.” Behind them, at the bar, Mark Kennedy is already writing, observing the bacchanal all around with a knowing smile.

Updated 03.10.2019 to clarify the film’s income and the nature of the disruptions Fritz was concerned about.