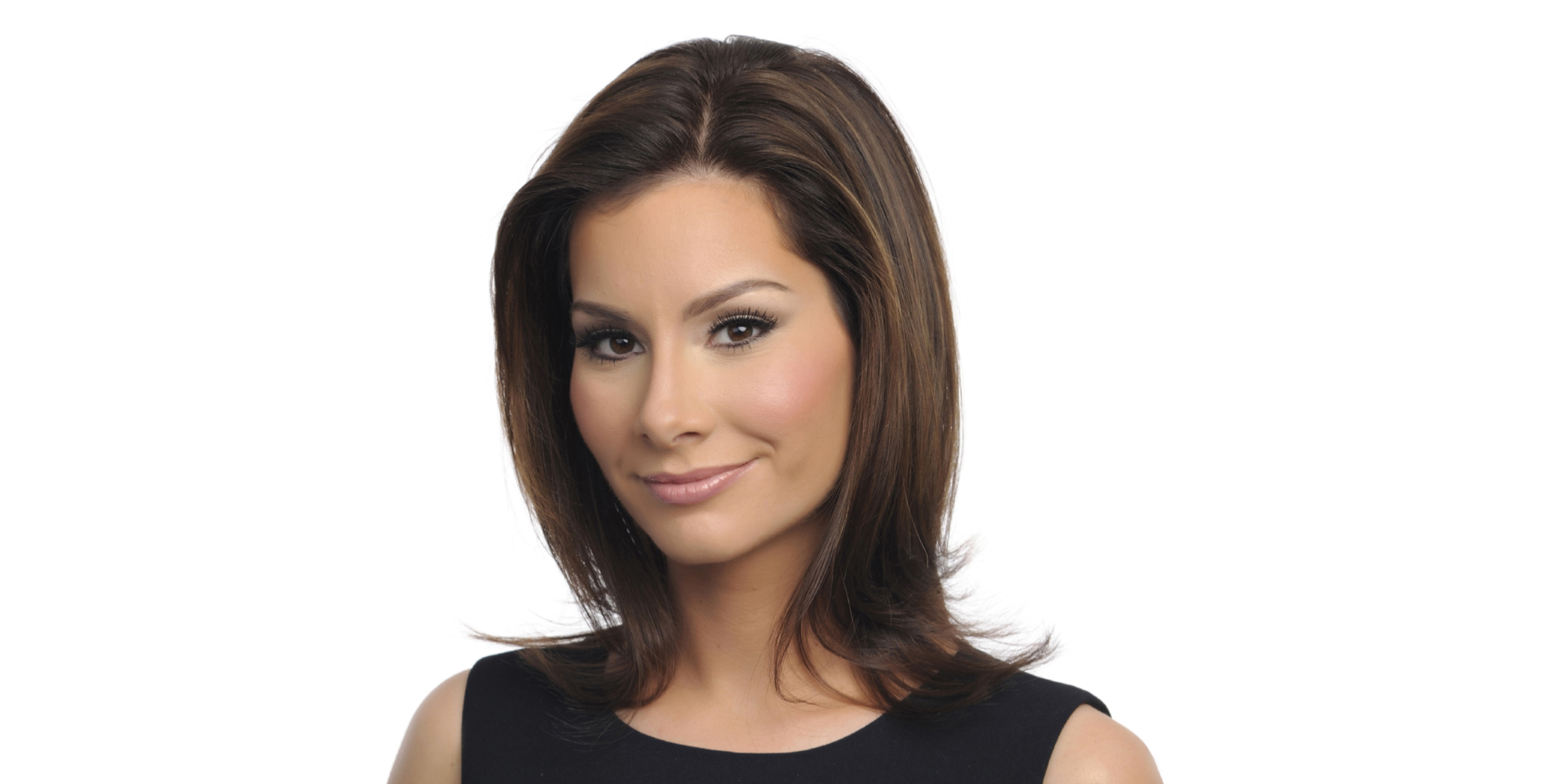 Nearly a decade ago, journalist Rebecca Jarvis was working on a series about health care costs for ABC World News with Diane Sawyer when she got a pitch about a buzzy new Silicon Valley start-up. The company’s supposedly revolutionary technology promised to upend the blood testing industry, making the process easier and cheaper for patients.

Intrigued, Jarvis started looking into the company. Her search didn’t yield much. “I couldn’t find anybody independent to tell me that it worked or to explain it to me,” recalls Jarvis, the chief business, technology, and economics correspondent for ABC. At the time, “it wasn’t a gigantic red flag, but it was a reason we ended up not covering it on World News.”

Over the next two years, that much-hyped start-up, Theranos, and its charismatic founder, Elizabeth Holmes, became media darlings. Jarvis, AB’03, occasionally found herself wondering whether the attention was justified: “I mean, if you want to call it Spidey sense—it was one of those things where you just think, there has to be something more here.”

Not a bad hunch. In 2019 Jarvis finally did put out a story on Theranos—though probably not the one anyone had originally envisioned—in the form of a podcast. The Dropout, over the course of 27 episodes to date, follows Holmes from Stanford University freshman to billionaire entrepreneur to disgraced ex-CEO. The latest episodes cover Holmes’s and coconspirator Sunny Balwani’s fraud convictions.

While the broad arc of Theranos’s rise and fall was already common knowledge when The Dropout premiered, the podcast brought new texture to the story. Jarvis aired the revelatory 2017 deposition with the Securities and Exchange Commission in which Holmes finally admitted under oath that many of Theranos’s claims about its technology were untrue.

This spring The Dropout became a TV miniseries starring Amanda Seyfried as Elizabeth Holmes. Jarvis, who served as an executive producer on the show, didn’t know what to expect when Hollywood came calling to adapt her reporting. But she was impressed by creator Elizabeth Meriwether’s approach, which involved reinterviewing many of Jarvis’s sources and trying to understand why Holmes did what she did.

The opacity of Holmes’s psychology and motivation is part of why Jarvis thinks the Theranos story has become a phenomenon, spawning multiple books, podcasts, and film projects. “People still feel that she’s an enigma,” Jarvis says. But as a reporter, she’s less drawn to understanding Holmes as a person than she is to understanding the larger implications of the company’s implosion.

“For me it drives home the value of always asking questions and always pursuing the truth,” Jarvis says. “I think it’s also really important that even when somebody offers an audacious goal to the world, the kind of goal that we all want to support, you still have to ask questions. And if things don’t add up, you need to keep pressing.”

Growing up, Jarvis had her eye on a journalism career, partly because it was the family business—her mother, Gail MarksJarvis, is a personal finance columnist for the Chicago Tribune—but she wasn’t sure it would work out. She graduated from UChicago with student debt and had to be practical: “I recognized that if I were to try to pursue that path right out of school, there was no way I was going to be able to afford to pay off my loans.”

So she took a job in investment banking, which offered her financial security but little enjoyment. “From day one I was miserable, absolutely miserable,” Jarvis said in a convocation speech to the College Class of 2019. She was stressed, overworked, and bored. “I spent countless hours a day analyzing data on such scintillating topics as regional trends in yogurt consumption,” she recalled. Quitting in 2005 to pursue journalism was terrifying, but at least there was no more yogurt.

One of her first stories as a freelance journalist was about the rise of corporate debt—especially covenant-free or covenant-lite debt, which allows companies to borrow huge sums of money with very minimal restrictions. To an unprecedented degree, American businesses were leveraged to the hilt. “I didn’t know exactly where it was going to go,” Jarvis says. “But I just felt that it might not work out perfectly.”

By the time the financial crisis began in earnest, Jarvis had been hired as a reporter for CNBC. It wasn’t her first time on television: in high school Jarvis hosted a teen-focused newsmagazine program called Whatever for Minneapolis’s NBC affiliate, and in her early 20s she appeared on season four of The Apprentice. Still, Jarvis found she had plenty to learn.

One of her early assignments involved covering Martha Stewart’s first red-carpet appearance after her release from prison. As Stewart walked toward her, Jarvis stuck out her mic and started yelling, “How does it feel to be out of jail?” When she got no response, she followed Stewart down the red carpet—a gutsy move that managed to ruin every other journalist’s and photographer’s shot.

“I had to call my boss and basically say, ‘I both didn’t really get anything for you here, and also the shot that everybody wanted of her, including us, is completely ruined because I’m standing in front of her,’” Jarvis remembers. A bad day at work then, a funny story now.

She compensated for her youth and relative inexperience with a fanatical work ethic and a desire to prove herself. Her mantra was, “I will stay late, I will come early, I will skip every weekend, I will blow off every vacation, whatever you need me to do, I will do it.”

It was hard not to feel a sense of duty, especially as the financial crisis and Great Recession began to wreak havoc. Jarvis found herself in the daunting position of explaining the most important business story in a generation to a worried and confused nation.

“It was a fascinating time, but it was also a really hard-to-watch time,” Jarvis recalls. “I stood outside of lots of companies when people left with boxes filled with their belongings. … I just remember looking into the eyes of some of these people and thinking, they don’t know what happens tomorrow.”

From CNBC Jarvis went on to join CBS, where she coanchored This Morning Saturday, and then to ABC. Along the way she has covered presidential elections, the Bernie Madoff scandal, the Sandy Hook Elementary School shooting, Brexit, and, of course, the COVID-19 pandemic.

“These are human stories that literally change people’s lives in dramatic ways,” Jarvis says. She’s proud to be the one telling them: “I think it reminds you, on the deepest level, how significant the responsibility is that you have.”

Starting work on The Dropout offered a new responsibility and a new challenge. It was Jarvis’s first investigative podcast—a format that allowed her to tell the story slowly and with nuance, and one she’s come to love. “Something with the depth and layers that Elizabeth Holmes has” made for an ideal podcast, Jarvis says. She spent years reporting the story, interviewing investors, patients, employees—anyone who might shed light on the secretive culture of Theranos.

But she soon found herself facing a very strict deadline: the first episode of The Dropout podcast was released in January 2019, and Jarvis’s daughter was born just a month later. “I was racing against the clock,” Jarvis remembers. “I had spent all of these years doing work and research and writing, and then there was the reality of, I really want this to be out in the world before my first child.”

She reported the second season, which focused on Holmes’s trial, at the same time the television adaptation was being filmed. Suddenly, key figures were testifying under oath about relationships and experiences that Meriwether and her team had scripted months earlier. In several cases, the screenwriters’ intuitions about what might have happened or been said proved eerily close to the reality.

The show managed to humanize Holmes without absolving her, portraying the young CEO as simultaneously deeply wounded and ambitious to the point of malice. When I ask Jarvis if she can relate to any aspects of Holmes’s experience as a woman navigating a man’s world, she hesitates. “It’s complicated to be an outsider,” she acknowledges. “While I can feel empathy for anybody who is coming into something and trying to break through and facing incredible odds, I also think that fundamentally who you are is who you are, and when you make choices … that break rules and put other people’s lives at risk, that’s a line I don’t think you can cross.”

For Jarvis, the reception to the podcast was beyond anything she ever expected. Seeing it transformed into a television show is a bonus: “Because for me the biggest excitement, the biggest thrill to come from this, was genuinely the process of doing it.”

What dorm did you live in?

Pierce and then Shoreland.

I studied so much at Crerar, but I think I prefer the Reg. I went to the library a lot. This was when you had to go to the library to check your email.

Florian and the Med—it’s sort of a toss-up. Also Noodles.

Your husband, Matthew Hanson, AB’01, is also a UChicago alum. Did you meet in school?

We overlapped and I knew of him, but I didn’t know him. I really got to know him in my first job out of college. We sat back-to-back in a cubicle. My mom told me never to date anyone at work. When he told me he was quitting, I told him I liked him.

Senior lecturer in law and William Rainey Harper Professor in the College] Dennis Hutchinson. I took a lot of Law, Letters, and Society classes with him. I loved how much he pushed the students and asked us really difficult questions. I have such fond memories from that. And then Human Being and Citizen—that was one of the first classes I took. Generally, when I think back to the University of Chicago, what I love the most were debates in class and being pushed, in the best possible ways, to confront your understanding of the world, being pushed to think about things differently, and asking yourself why. I am so grateful that that was my college experience.