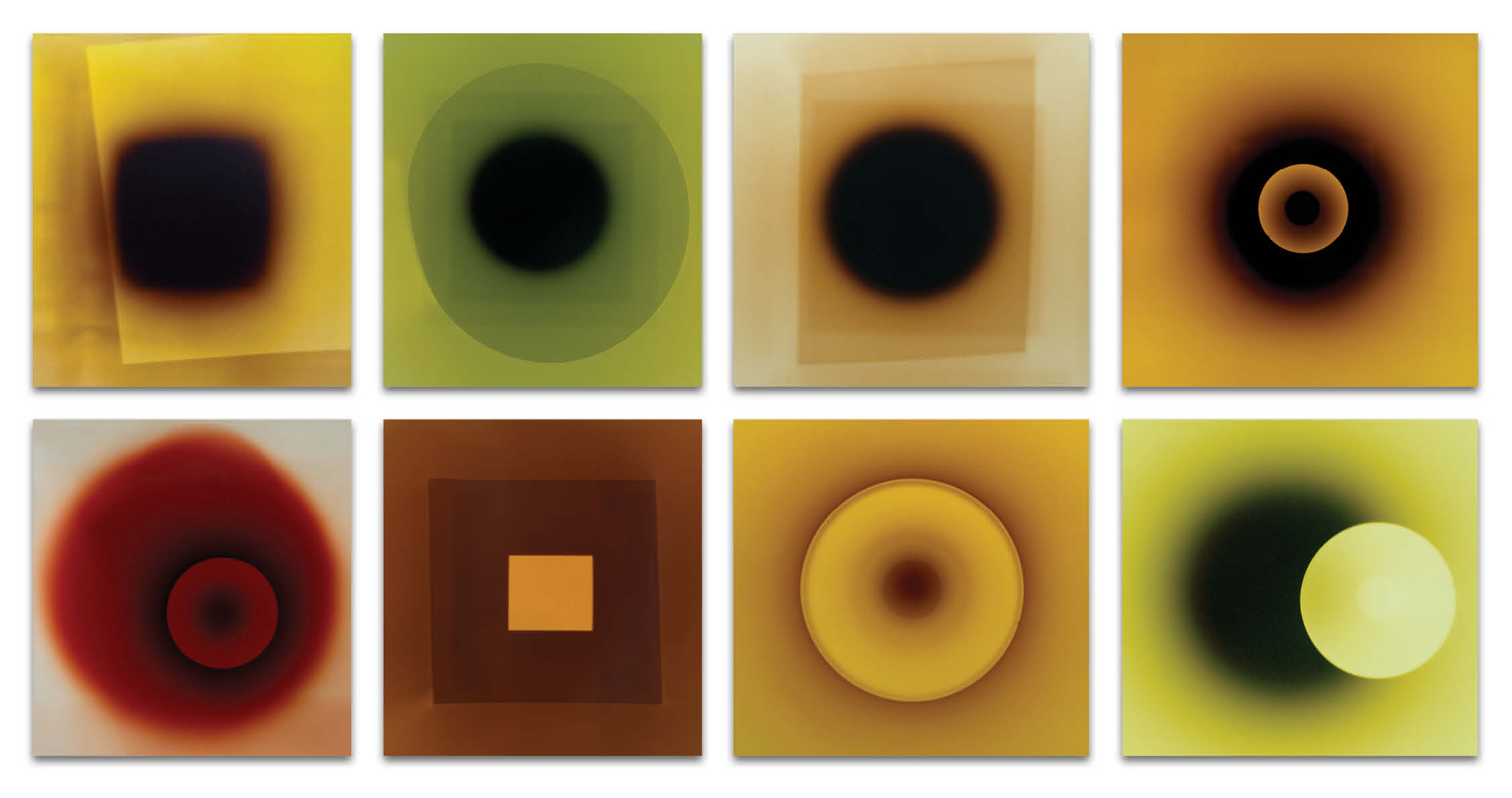 How a photographer turned electron beams into abstract art

Nadel has documented some heavy topics: war in Darfur, pollution in the Everglades, vector-borne diseases. His exhibition Malaria: Blood, Sweat, and Tears was featured in the University of Chicago Magazine in 2012. At Fermilab he chose lighter material—the lightest stable subatomic particle in the universe.

Laying photographic paper on the target area below the beam—the Accelerator Application Development and Demonstration (A2D2) tool—Nadel then arranged metal plates of varying shapes and sizes to deflect electrons, producing negative space images. As with light-based photography, Nadel’s images don’t appear until the paper is developed.

When Nadel first experimented with electron-based portraiture in 2018 as Fermilab’s artist in residence, no one had ever tried anything like it. He calls his images “Nadelgrams,” a nod to Man Ray’s cameraless “rayographs.”

What made you want to be Fermilab’s artist in residence?

I have been trying to photograph in Fermilab since I was an undergrad. It’s one of the most remarkable places in the world.

My proposal was to use a traditional camera to document how science is done at Fermi by exploring the interconnected web/systems of people working at the facility. I had a number of ideas—one was exposing photographic paper to radiation generated by a particle accelerator. I raised this idea with deputy director Tim Meyer, and he was very supportive. Through relationships at the lab, facilitated by physicist Kurt Riesselmann, I was introduced to Tom Kroc, a physicist who works on A2D2, who got the ball rolling.

Did you set out to make 21st-century rayographs?

Man Ray was on my mind before I even started playing with the machines. I talked with [professor emeritus of art history] Joel Snyder, SB’61, my favorite teacher at Chicago, and he was very keen on the idea of trying to recreate Man Ray’s work using direct electrons. But the nature of the electron beam—with its intensity in the center and then dissipating outward—made this very challenging.

Have you done other nontraditional projects?

For the last two years I have been making tintypes from vintage Civil War images and working with them as sculptural objects. Currently I am working on a project that integrates photographic portraiture and physical objects associated with COVID-19.

Any future science-art projects in mind?

I’m generating a proposal to use brain scans to push the relationship between science and art making. I want to fuse art object creation and scientific discovery—to challenge those thinkers who claim that art and science are fundamentally different, with only science being capable of finding “truths.”