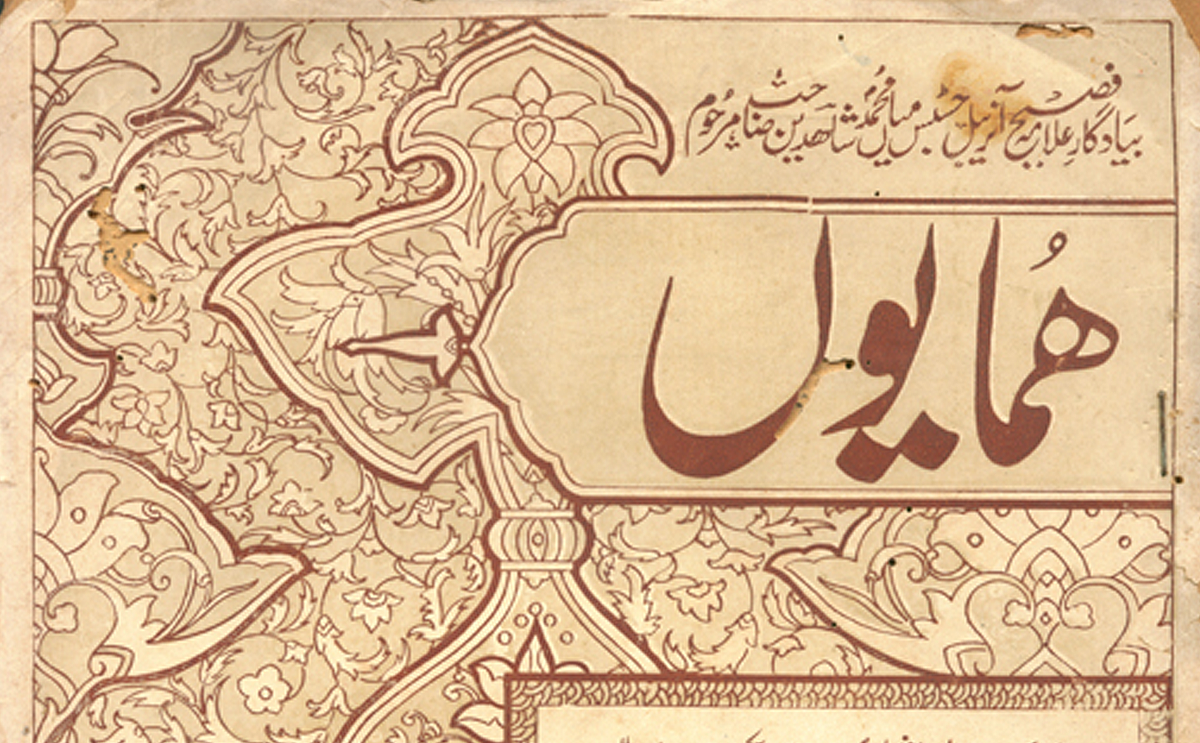 A close-up of an issue of Humāyūn, which was a prominent monthly literary magazine produced in Lahore from 1922 and continuing into the 1950s. (Image courtesy the University of Chicago Library)

All but lost, Urdu journals offer a glimpse at one of India’s most sprawling, energetic cultures.

Book reviews, scientific and political essays, early serialized versions of classic novels—these are a few of the riches in the Urdu-language journals that popped up all over India between the 1890s and the 1940s. They “are the real archives for Urdu intellectual activities,” says Urdu scholar and UChicago professor emeritus C. M. Naim.

Unlike many Indian and Pakistani languages, Urdu is spoken and written across the subcontinent—Uttar Pradesh, Punjab, Hyderabad, Mumbai, Kolkata, Delhi. Urdu journals reflected regional cultures and writers “who eventually become lost in the greater narrative of Urdu,” Naim says, but who add important dimensions to a study of the whole. Many of the journals themselves are now all but lost too. The reasons are myriad: poor-quality paper, neglected public libraries, “termites, floods, wind,” Naim says. In the 1947 partition of India and Pakistan libraries were looted and destroyed. Journals were sold as scrap paper.

Today it’s hard to find complete runs of even major periodicals. “It’s like here not being able to put your hands on the early issues of the Chicago Tribune,” says James Nye, the library’s bibliographer for Southern Asia. In 2012 Nye took part in a project to collect and digitize Urdu journals based in Karachi, Pakistan, at the Mushfiq Khwaja Library and Research Centre. Owned and managed by the UChicago Library on behalf of a consortium of US research libraries, it houses one of the world’s best collections of Urdu periodicals.

To fill gaps in its collection, researchers scoured libraries and private collections across the subcontinent, looking for missing issues to digitize. Part of the Mushfiq Khwaja collection belonged to an Indian auto mechanic; an obsessive collector, he began buying Urdu journals in the 1940s and, when he could no longer afford the storage, sold them to the University and its consortium partners. The 2,400 titles in his collection included Ṣalā’e ām, a literary journal published in Delhi from 1908 to 1929 (below).