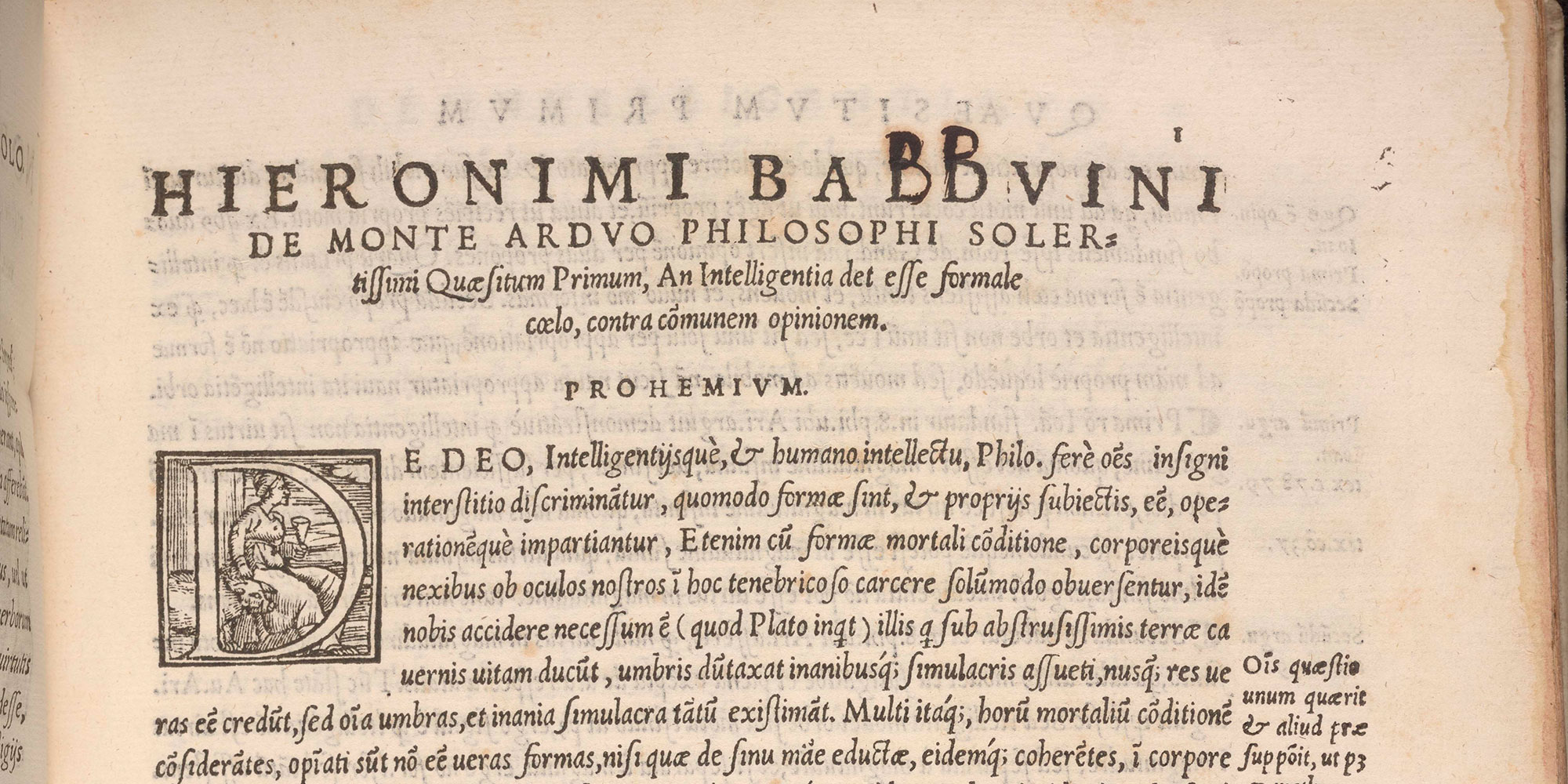 “Ordered by the Inquisition to erase the name of the condemned author of this treatise on logic, the censor has instead changed Balduino to Babboon, using humor instead of erasure.” (From the exhibit Censorship and Information Control: A Global History from the Inquisition to the Internet at the University of Chicago Library Special Collections Research Center)

Rubbed-out doodles in the pages of a medieval manuscript show that the human impulse to censor plays out on scales large and small.

In the margins of an introductory Latin grammar manuscript, someone scribbled ribald, sometimes explicit, little line drawings. Then the dirty bits were smudged out. Who and why? Renaissance scholar Ada Palmer, associate professor of history and in the College, can’t say for sure.

But this micro battle between artist and censor illustrates a point explored in Censorship and Information Control: A Global History from the Inquisition to the Internet, an exhibition Palmer curated at the library’s Special Collections Research Center: to help viewers think about what counts as censorship. The exhibit, she says, “is organized around George Orwell’s 1984, which is such a powerful tool for teaching vigilance against authoritarianism and for the way we think about censorship. But it describes a very particular kind of censorship, which is very atypical for real history.”

The specifics of this instance of sort-of censorship are lost to us, but Palmer can make some educated guesses. It likely happened between the mid-1400s and the 1520s, when printed textbooks had largely supplanted manuscripts like this one.

And the student was probably just setting out on his or her studies. “Anybody who’s going to go to university to study any subject, whether it’s medicine or law or theology, Latin grammar is the 101-level thing you do first,” Palmer says. That included sons of the aristocracy but also of the “ambitious upper-middle class.”

Some men and women from wealthier families studied Latin with tutors in the home. Manuscripts owned by schools or rental services typically bear many notes in many hands, so this one was likely owned privately rather than shared.

The erasure of a medieval vandal’s drawings may not be Orwellian, but it represents a subtler and more pervasive kind of suppression. Censorship often occurs on the fly, Palmer points out, with governments “improvising new forms in response to a perceived crisis” or commercial interests shaping, for instance, publishing practices that affect the limits of expression in unintended ways. The exhibition asks, “how does censorship operate in reality as opposed to how we imagine it?”

It is open through December 14. A related series of dialogues, Censorship and Information Control During Information Revolutions, takes place fall quarter and will be available at voices.uchicago.edu/censorship/dialogueseries.