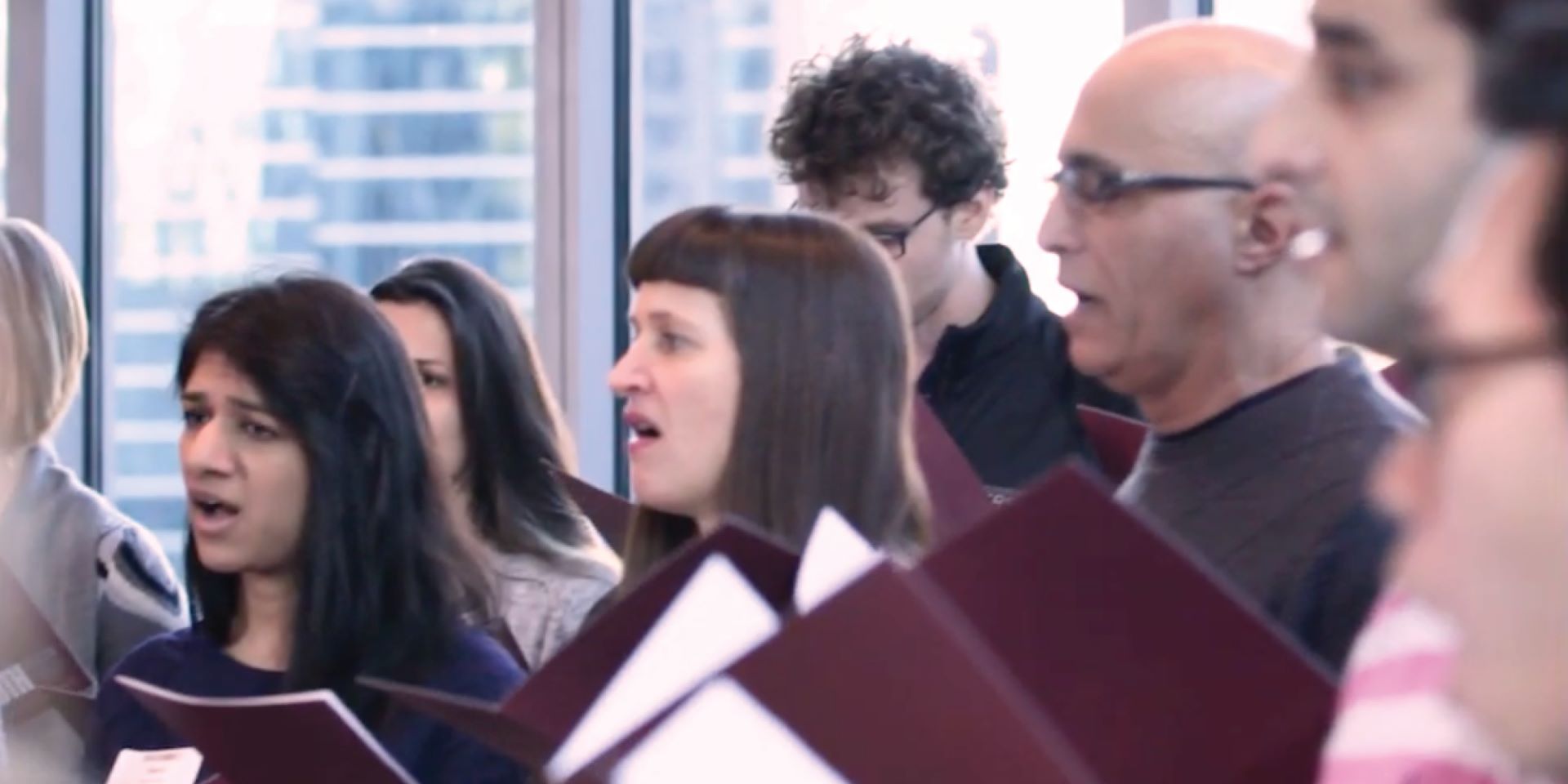 “I’m a tenor, but I couldn’t just care about my part,” Harry Davis says of singing in the pop-up choir. “I had to care about the group and be fully present for them. And that’s a good metaphor for organizations.” (Photo courtesy Harry L. Davis Center for Leadership/Jason & Blue)

By
Author
Sandra Jones
|
The University of Chicago Magazine
—
Winter/19

Leadership is a performance art. To understand it, you have to experience it, and to improve, you have to practice.

That is the philosophy at the Harry L. Davis Center for Leadership at the University of Chicago Booth School of Business. In one of its many efforts to explore the parallels between art and the business world, the center gathered 40 students, faculty, and staff with little or no singing experience to form a pop-up choir.

The choir was the brainchild of Harry L. Davis, the Roger L. and Rachel M. Goetz Distinguished Service Professor of Creative Management at Chicago Booth. He’s continually looking for unexpected ways to teach students how to lead. “It struck me that singing in a choral setting might have a great deal of connections to people dealing with a lot of issues in business about leadership, followership, and listening,” Davis says.

He and Mollie Stone, LAB’97, choral director and lecturer at the University of Chicago, worked with Patty Cuyler of the nonprofit singing organization Village Harmony to develop a custom workshop.

The students learned three songs: a Corsican kyrie, an American hymn, and a Zulu call-and-response song. Just three hours later, they were performing at the Gleacher Center for students in Booth’s weekend MBA program.

“The major takeaway I had was about the importance of trust,” says Purva Joshi, MBA’18. “When you’re singing, you can’t be too involved in evaluating how the other people in the group are doing or it will throw off your rhythm. You have to do your part and trust that everyone else is doing their parts. I realized how beautiful it sounds when people trust each other.”

Of course, it wasn’t always beautiful. A group of musical novices is inevitably going to hit some sour notes. That, Davis argues, is OK. In fact, that is the point. “I spend a lot of time in teaching leadership getting people to experiment,” he says. “And people often say, ‘What happens if it doesn’t work out? What if it’s a failure?’ I say, that is often the best way to learn.”

Singing in the pop-up choir, the students experienced firsthand how much they could learn when they allowed themselves to take risks. By tackling three challenging songs as novices, they had an opportunity to feel unsure of themselves and still make it through the performance by relying on one another.

“I realized that even when you’re in a leadership position there are times when you don’t feel completely confident,” says Booth student Juliana Suarez, “and you have to lean in and allow the team to give you the energy to move forward.”

Robert Sharoff contributed to this story.