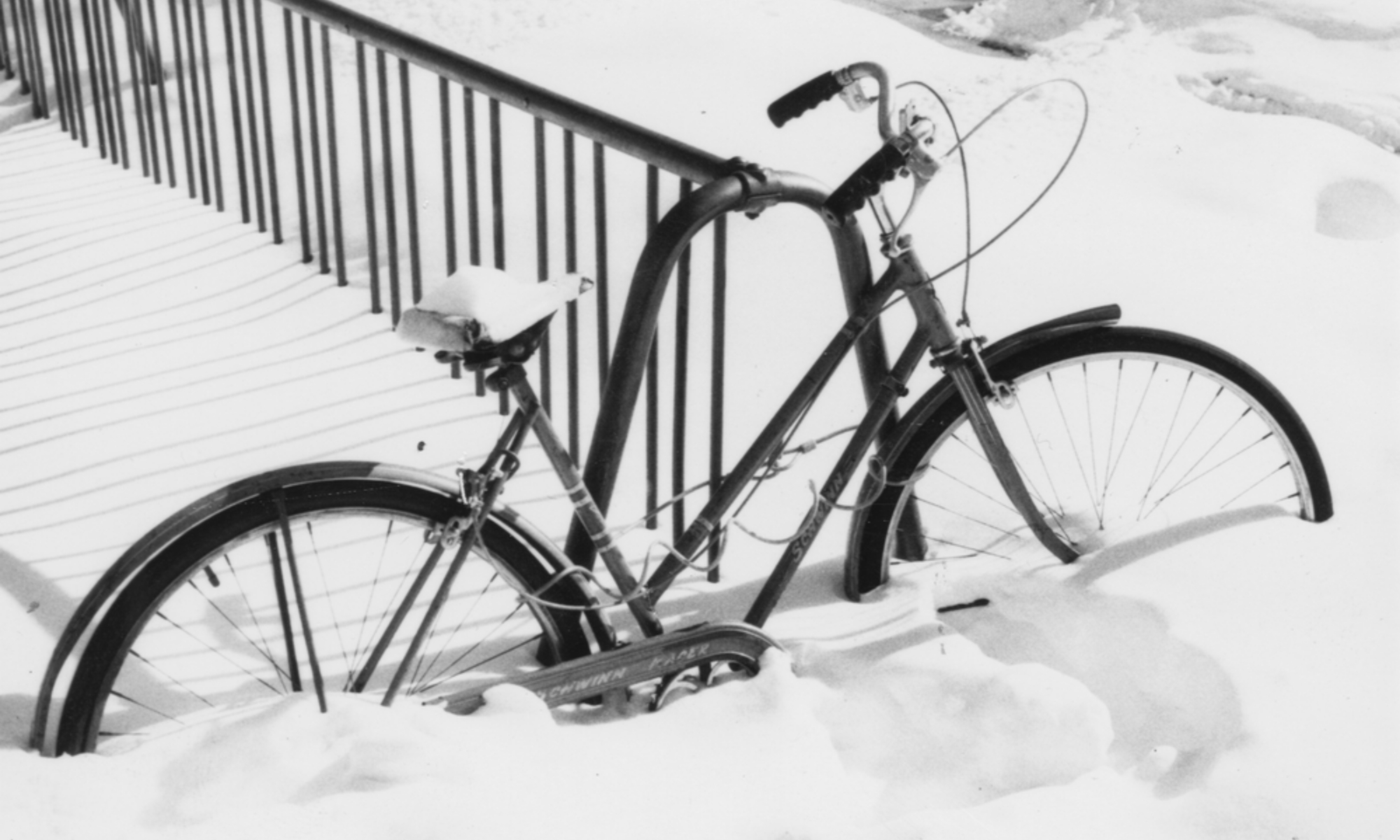 “When you’ve found PMF [product-market fit],” says entrepreneur Richard Wu, AB’19, “the feeling is like riding a bike downhill so fast that you’re not going to be able to stop.”

Your start-up will probably fail

And other lessons learned the hard way, according to three young entrepreneurs.

The event, called Taking the Next Step, “began in a modest way, with a few hundred kids in Ida Noyes. We weren’t certain that anyone would show up,” Boyer told the students who had gathered virtually for the 2022 version. “But they did show up.”

Taking the Next Step was the beginning of serious attention to career advisement, leading to the Jeff Metcalf Internship Program, weeklong career treks, the Careers in … preprofessional programs, and more. Previously, Boyer quipped, the attitude was closer to “you take your courses, you get your diploma, good luck.”

This year’s Taking the Next Step offered panels in 16 broad career areas, including academia, consulting, law, medicine, and policy and government. The Core eavesdropped on the entrepreneurship panel, which featured three alumni aged 30 or younger. Their remarks have been edited and condensed.

Nicolas “Nick” Chua, AB’18
Cofounder and CEO, Edith Labs
Edith Labs matches college students with mentors in careers such as technology, finance, and consulting. After graduating and finding a job, mentees pay their mentors one percent of their salary for a year.

Wu: I got as involved with Polsky [Center for Entrepreneurship and Innovation] as possible. In my second year, I became a cofounder of a Social New Venture Challenge concept called KitcheNet. That company was my life for the next two years. I’m not necessarily the best role model. I’d send
emails through Mailchimp during lectures.

Chua: Beyond the academics themselves, the majority of my time was spent on the tennis team. Unlike Richard, I got into entrepreneurship kind of late. As many economics students could tell you, finance seemed like the only path forward.

But I unknowingly took some classes that were really helpful, like Entrepreneurial Selling, which I took at Booth through the Trott Business Program. One of the assignments was to cold-call 50 people. You had to record it and present to the class. I hated that assignment. But I realize now that is a core part of the job.

Fernandez: Aside from playing football, I cofounded the UChicago Sports Business Team. We brought in speakers such as the president of the Chicago Bulls, the owner of the Chicago White Sox, the agency that reps Nike, speakers from ESPN. I also cofounded Maroon TV to broadcast UChicago football games and other cool happenings on campus. That was like running a startup.

I had an incredible professor in cinema and media studies, Judy Hoffman. If you’ve seen Divergent, they use UChicago as one of the locations for the Erudite faction. The location scout connected with Judy, and she arranged for me to shadow the producer. I had an incredible experience with Lionsgate, the production company. Lionsgate is now one of our partners at SportsManias.

Metcalf: What do you wish you had known as an undergrad?

Fernandez: First, funding is incredibly important, but sometimes you can get lost in the funding chase. There’s a balance between building a solid business and fundraising. Building a business is more important in the long run.

Second, you want to be the most knowledgeable person in the room about your specific area, whatever that is.

Chua: To be an entrepreneur, you just start. You don’t need permission. No one is going to tell you that you are ready to start a company. All you need to do is be really interested in a space, start, and then just keep iterating. It’s okay if your MVP [minimum viable product] sucks, as long as you keep making improvements.

A common misconception is that successful entrepreneurs had everything figured out from the start. You hear legendary stories of people like Jeff Bezos leaving his job at a hedge fund. But there’s a lot of survivorship bias. Even talking about my own story, success makes so much sense when you hear about it afterwards. In the moment, there are a lot of times things will seem questionable.

Wu: When you’re starting a business, the only things that matter are talking to users and building the product. Then you get feedback and build a better product. You don’t want to focus on the wrong things, like vanity metrics. If you get press, even something like Forbes 30 under 30, it not only doesn’t matter but also can push you in the wrong direction.

Most likely your college startup will fail. Statistically, it’ll probably fail. Not that you shouldn’t try, because maybe yours is Facebook.

But what I mean is, as college students, we haven’t really failed yet. And when your startup fails, it’s going to suck, but the next thing is always better.

Student question: How do you know when you’ve achieved a good product-market fit (PMF)?

Chua: We knew we were onto something when we kept getting emails. Even complaint emails, like, “Hey, this sucks, I want this to change,” or “Why can’t I sign up now?”—you’ve got to recognize that’s actually valuable input. People’s time is valuable. If you don’t like something, you’re just going to stop using it.

You can really feel the difference in momentum. It’s not like when you feel sad every day, because you’re cold reaching out to people.

Fernandez: It’s difficult to tell early on. We had this idea that SportsManias was going to grow by curating content from local newspaper beat writers. It was really challenging to partner with these publications, in a way we didn’t expect.

We had to come up with a different approach, which was the emojis. And there we saw immediate results—people reaching out. Instead of having to get new business or new customers, we’re seeing hundreds of millions of views organically and we have some big partners coming our way.

Wu: When you’ve found PMF, the feeling is like riding a bike downhill so fast that you’re not going to be able to stop.

A recent example at my current company: We had three very big customers sign up at the same time. We had a team of 15, and we couldn’t deploy capital fast enough to hire enough people. We were going to fail and lose these customers with huge contracts.

The only real way to find PMF is to launch early, talk to users, and build product. Then all of a sudden, one day, you’ll be like, Wow, I’m going to fail because I’m winning so much.

Wu: I don’t know if I’m allowed to say this, but I’ve never had someone ask for my GPA. An A minus, or an A, never really made a difference in my life.

I would say, if you can’t get good grades, the reason should be because you have an opportunity cost—you’re busy doing other really cool things and you’re optimizing for the B. Not because you’re not studying hard enough.

Chua: In terms of the startup world, right, your grades don’t matter.

If you apply to an MBA program or another master’s program, they do check your GPA. Some will even ask for your SAT score. And lots of investment banks have a GPA cutoff.

Many companies fail, and the outcome of a failed company is zero financially. You’re going to have to find a job or start another company. So having a good GPA gives you some optionality.

Fernandez: The main thing that comes to mind is a quote from a football coach: “How you do anything is how you do everything.”

In a lot of these classes—especially HUM and SOSC—you’re tasked with putting together an original thought about something a lot of people have thought about, and supporting that thought and defending it. That’s very much what entrepreneurship is like.

Student question: How do you know if you have the right team?

Fernandez: Building the right team is really hard and very important. Having the right people around you is critical to your success.

I was a cinema and media studies, creative writing, Latin American studies guy. I didn’t have the skills to build products. People ask me all the time, “Are you the person who makes the emojis?” I’m like, There’s way more talented people than me to make the emojis and make our AR effects. I’m the person who’s out there pitching and driving forward the partnerships.

You shouldn’t start building out a huge team while you’re an undergrad. It’s a big mistake to do what I did, which is hire an army of interns. You’re delegating what you are most passionate about to people who are less passionate, and you’re essentially making them find PMF for you.

Find the right cofounders, then raise a bunch of money, and you’ll find a team by hiring them. The more you’ve really validated your product, then you’ll know exactly what you should be looking for.