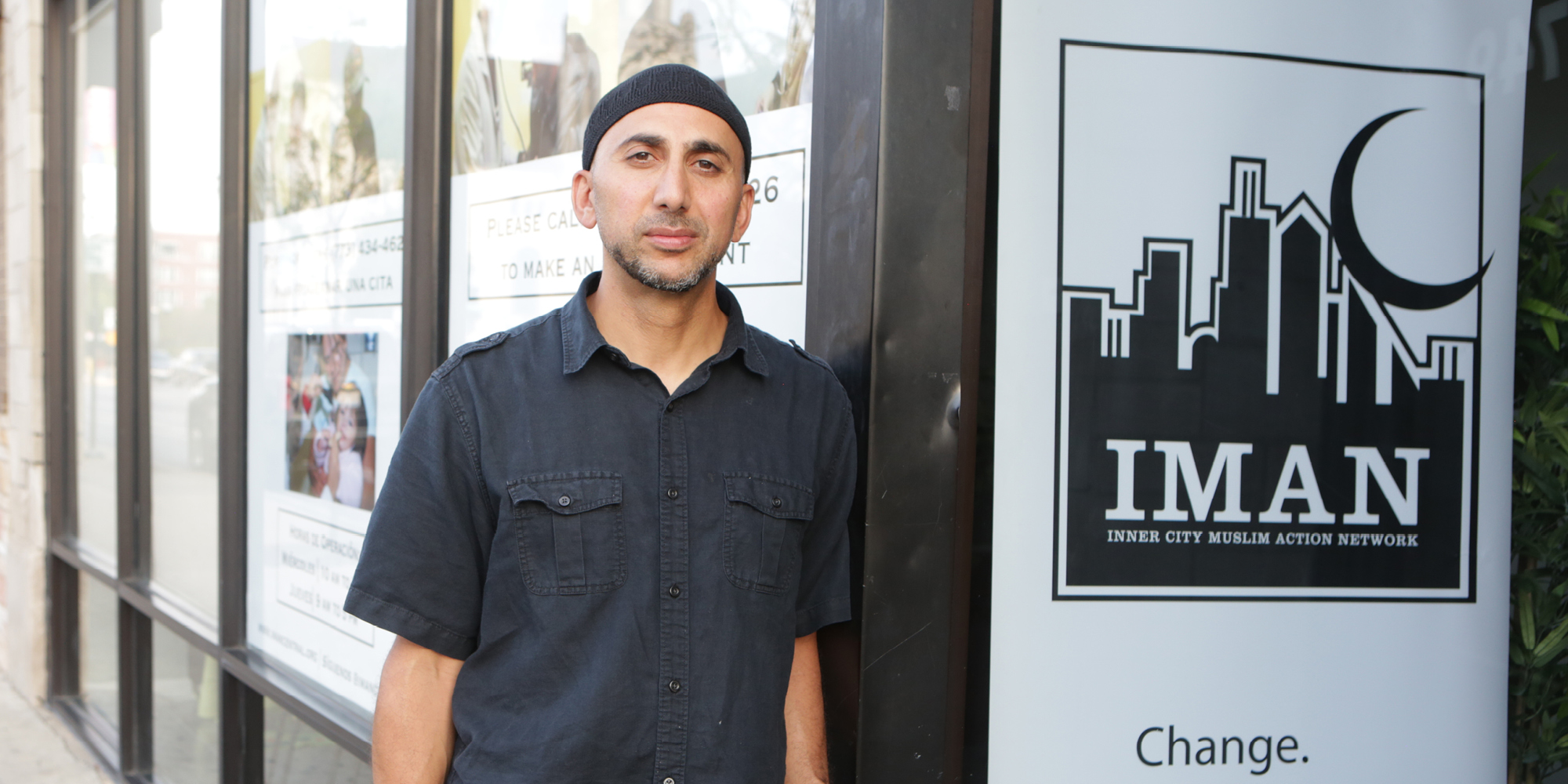 Through the Inner-City Muslim Action Network, Nashashibi, AM’98, PhD’11, works to spread hope and opportunity in Chicago.

In September activist Rami Nashashibi, AM’98, PhD’11, got a call from the MacArthur Foundation, asking him to come to their Chicago offices. It was nothing special, he thought, just a meeting about an ongoing project. But when he arrived, Nashashibi learned he was the recipient of a MacArthur Fellowship. The “genius” grant comes with a $625,000, no-strings-attached stipend.

Nashashibi is founder and executive director of the Inner-City Muslim Action Network (IMAN), a nonprofit that provides primary and behavioral health care at its community clinic; job training for the formerly incarcerated; and access to fresh, healthy, and affordable food in corner stores. IMAN also organizes Takin’ It to the Streets, an arts and social justice festival in the Marquette Park neighborhood.

For Nashashibi and his partners, the MacArthur Fellowship felt like a validation of IMAN’s efforts to bridge Chicago’s racial, religious, and class divides. “It was a real sobering, humbling moment,” he says. In comments edited and adapted below, Nashashibi talked to the Magazine about IMAN and his own faith journey.

How does Islam inform IMAN’s work?

Your family wasn’t particularly religious. What led you to become more devout?

I grew up very distant from any formalized practice of any religion, and I was very skeptical of all of them. My journey through the community and organizing work exposed me to another articulation of Islam—one that I had never been exposed to as a young person—primarily coming out of the black American experience.

I was about 19 or 20 when I started to think about a text and a faith that, up until that point, I really didn’t know. I not only developed a much deeper appreciation for what it means to be on this journey as a Muslim, but for all different faith traditions and expressions of spirituality. I see myself as still very much on that journey.

You were working on your PhD in sociology when you founded IMAN. How did you balance academic work and organizing?

At the University of Chicago I had the space to think about extraordinary ideas, and then I would go back to the community, where sometimes those ideas seemed so disconnected and irrelevant to the day-in, day-out struggles. That was a source of real frustration but also inspiration and clarity. It shaped the evolution of the organization and had a profound impact on my own intellectual and spiritual development.

What’s something IMAN has done that you’re especially proud of?

We had talked for many years about the legacy of Martin Luther King Jr. in Marquette Park and how it was forgotten. IMAN helped lead a multiyear process that brought together churches, schools, synagogues, mosques, and community organizations across the city to envision a memorial. Not only did we raise the money and get it done in time for the 50th anniversary of the historic 1966 march, we commemorated that legacy with another march and a huge festival in the park and brought together many of the original marchers. Hearing about the impact that made on the community, and continues to make as a symbol of hope, was really inspiring.

Do you ever lose hope or struggle with despair?

Whether it’s violence in the inner city, poverty, national policy issues, from immigration to Muslim bans—we all have families that have been directly affected by any number of those things. The pain and despair are compounded by feeling isolated.

Much of our work at IMAN is fighting isolation and the fear that leads to that isolation, and responding with the understanding that we need to organize and build collective power.

I read that you attended St. Xavier University on a soccer scholarship. Do you still play?

Saying I had a scholarship makes me sound like a much better player than I am! I had lived most of my young adult life overseas, but I’ve always had a connection to Chicago through my mother, who was a refugee brought up here. When I came back to Chicago, soccer was a big part of the appeal, and they gave me some financial support and incentives to play on the team. I was OK. I coach my young son in soccer, and I still like to think I know a thing or two—but in terms of skills, I wouldn’t bet on myself, if I were a betting person.

This story was originally published in the Winter/18 print edition as “Spiritual Leader.”