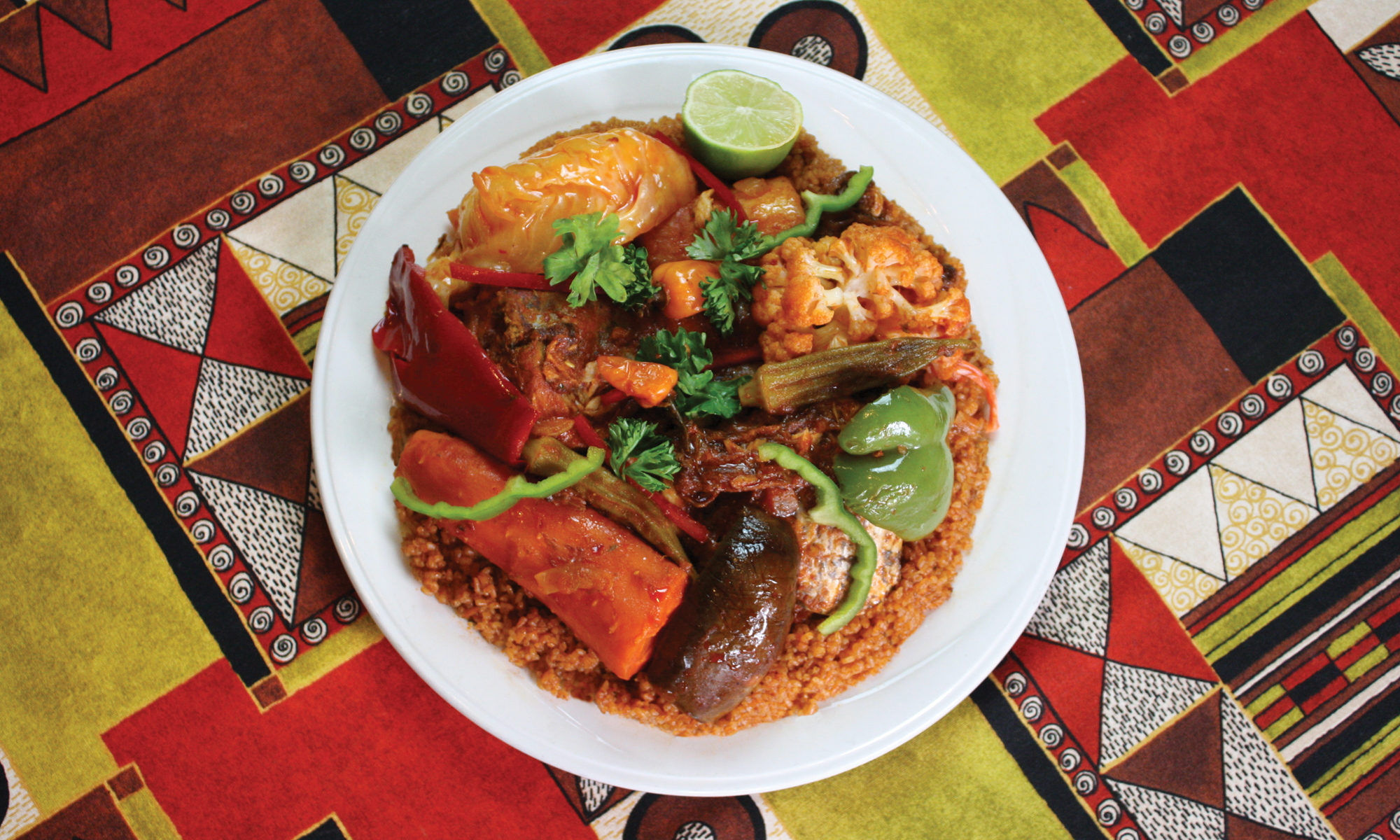 There’s no one way to spell the national dish of Senegal. On Yassa’s menu, it’s listed as tiebu djeun (pronounced cheh-boo jen, Wolof for fish with rice). (Photography by Michael Vendiola)

Awa Gueye, who was born in the Ivory Coast and grew up in Senegal, cooked her first dish at age 9: chere, couscous made from millet, with lamb and vegetables. Her aunt, who taught her, “was very proud,” she says.

She and her husband, Madieye, from the town of Louga in northwest Senegal, came to the United States in 1990. Whenever they had friends over, their guests raved about Awa’s cooking and asked why she didn’t have her own restaurant.

In 2004 the Gueyes opened Yassa—named after a spicy onion-based sauce—on 79th Street in Chatham. It was the first Senegalese restaurant in Chicago, and Chicagoans weren’t ready. Madieye, whose background is in economics, knew the most important thing was “location, location, location,” he says. “I thought that African Americans and Africans would be my target. But on 79th Street, people around there did not understand my food.”

By 2007 the restaurant was on the verge of closing. Then Check, Please!, a WTTW Chicago restaurant show, came to visit. As Madieye tells it, the episode featuring Yassa aired at 8 p.m. By 8:15 every table was full and people were lining up outside. Yassa, which has since been featured in the Chicago Tribune, the Reader, Time Out, and on CNN, moved to 35th and King Drive in Bronzeville four years ago.

There’s no one way to spell the national dish of Senegal. On Yassa’s menu, it’s listed as tiebu djeun (pronounced cheh-boo jen, Wolof for fish with rice), but you’ll also find ceebu jën, thiebou jen, thiéboudiène, and on and on.

When the Core arrived at Yassa, Awa had already steamed the rice and prepared the tomato sauce that gives tiebu djeun its complex flavor. While the sauce was reducing, she stuffed pieces of fish—she used tilapia and red snapper—with a paste made from parsley, garlic, and red and black pepper. She added chunks of cabbage, eggplant, cauliflower, and carrots to the sauce, then later the stuffed fish. Yucca, okra, and whole habanero peppers went in last.

Read about the College’s new African Civilizations program in Senegal.