Nearly half of young people report experiencing online abuse—and they're changing the way they respond.

In response to widening concern about cyberbullying and other forms of digital abuse—and aiming to contribute solid data to recent public and private initiatives to combat that abuse—the Associated Press-NORC Center for Public Research conducted a survey of young people this past fall. Working with MTV (whose anticyberbullying campaign is called A Thin Line), AP-NORC researchers found that nearly half of 14- to 24-year-olds say they’ve been harassed electronically. That number is down, from 56 percent in 2011 to 49 percent in 2013.

Defining digital abuse as everything from looking at text messages without permission to online gossiping and impersonation, the researchers also noted that young people are changing the way they respond: more are telling parents or siblings or calling help lines when they are harassed, and a significantly higher percentage report that taking those steps made the situation better. Only 29 percent of those who retaliated against their harasser reported that it improved the situation, down from 47 percent in 2011.

Percentage of 14–17-year-olds likely to intervene 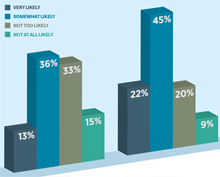 Percentage of 14–17-year-olds likely to intervene