Grant McCracken presents at the Futures of Entertainment conference in 2011. (Photography by Greg Peverill-Conti, CC BY-NC-SA 2.0)
How to be a self-supporting anthropologist
Live simply and wear a Rolex, and other advice for moving from academia to the consulting world.
By
Author
Grant McCracken, AM’76, PhD’81
|
Web exclusives
— 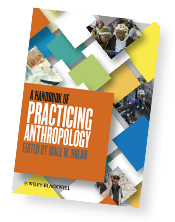 Two decades ago, anthropologist Grant McCracken, AM’76, PhD’81, got a call from an advertising agency. They wondered why Chrysler was selling more Jeeps in New York City than in Colorado—and to find the answer, they had decided to hire an anthropologist. McCracken thus launched a career as an independent consultant, speaker, and writer. But he didn’t leave research and teaching behind. In a recent essay, abridged here, McCracken offered advice for young anthropologists who aspire to careers that blend academic and consulting work. The first lesson, he writes, is to accept that doing research for business clients is “an exercise in improv. If one thing doesn’t work, you try another.” Before one consulting trip, a client told McCracken, “Look, just get on a plane and go. We’ll figure out what we want you to do by the time you get to Shanghai.”—Elizabeth Station You will learn to live with ad hocery I like planning. I like order. But you get used to the ad hocery. In point of fact, you never say “no” to anything. (First, because you can’t afford to and, second, because you don’t know what you don’t know—the project that sounds odd and unpromising might open up a new vista.) And, as it turns out, most things can get sorted out “on the way to Shanghai.” You will learn to work in Shanghai I don’t know anything about Chinese culture. I made that clear. My specialty is American culture (if that) and no other. But I was no longer defined by my training, discipline, or expertise. I was now defined by the problem at hand. You will learn to ride uneven circus ponies My plan was to use my commercial work to fund my academic work. This meant a new versatility and the ability to perform quite different intellectual tasks. In the early days, I found I could do one or the other, the anthropology or the consulting. Moving between the two was painful. I felt like I was riding uneven circus ponies. But learning to move back and forth between them gets easier over time. You will learn to live simply and wear a Rolex I haven’t owned a car since I was 18. I dress simply, except when consulting, when I dress well. The semiotics are simple. Anyone who hires you is putting a small but not insignificant part of their career at risk. Dressing well is your way of saying, “I am professional, capable, reliable, and risk-worthy.” Wear a Rolex when consulting (and only when consulting). It sends a message. You will get used to being the apostate If you use this hybrid consulting–academic model you won’t make much money. All of your consulting money will be consumed by the academic half of the year. You will make roughly what a full professor does, perhaps a little better. You won’t have the benefits or the security of that position. But, not to worry, people will still go out of their way to scorn you as someone who sold out. You will pursue a curiosity shaped less and less by the professional consensus You are no longer subject to the scrutiny of “tenure and promotion” committees or funding agencies. You will go where your interests and the data take you. But here there is another intellectual problem: how to manage your research career. You will have to figure out a bigger picture by dint of your own efforts. You will learn to manage an embarrassment of riches Doing anthropology in your own culture is a classic “problem of plenty.” There is never a moment of the day when you are not awash in data. Your consulting work will bring you still more data. The client will expect us to treat his data as confidential, but couldn’t care less what we do with the rest of the data. We are free to collect and publish this for our own purposes. You will learn to speak plainly Academics have a bad habit of needing to translate an idea or a problem into their own language before they can think about it. This is fine to do, but we are obliged to talk to the client in the language of everyday speech. A lot of the language in anthropology has what Michael Silverstein would call meta-pragmatic objective, which means that it shows the learning, the seriousness, the sheer braininess of the speaker. But the price of this theater is high. We make it more difficult to talk to people outside the field. You will learn to maximize your strengths and make up your deficits You come to the world of consulting with formidable powers of pattern recognition. They can throw virtually any problem at you and your anthropological training and experience will give you a way to think yourself through to a useful conclusion. But your knowledge of culture, powerful as it might be, is a small part of the larger proposition. And that’s now your job: to see how many and how much of the other bodies and paradigms of knowledge out there you can master. Get started. Anthropologist, unseal thyself. Excerpted with permission from A Handbook of Practicing Anthropology, edited by Riall W. Nolan. ©2013 John Wiley & Sons, Inc.
Law, Policy & Society
Anthropology
Excerpt