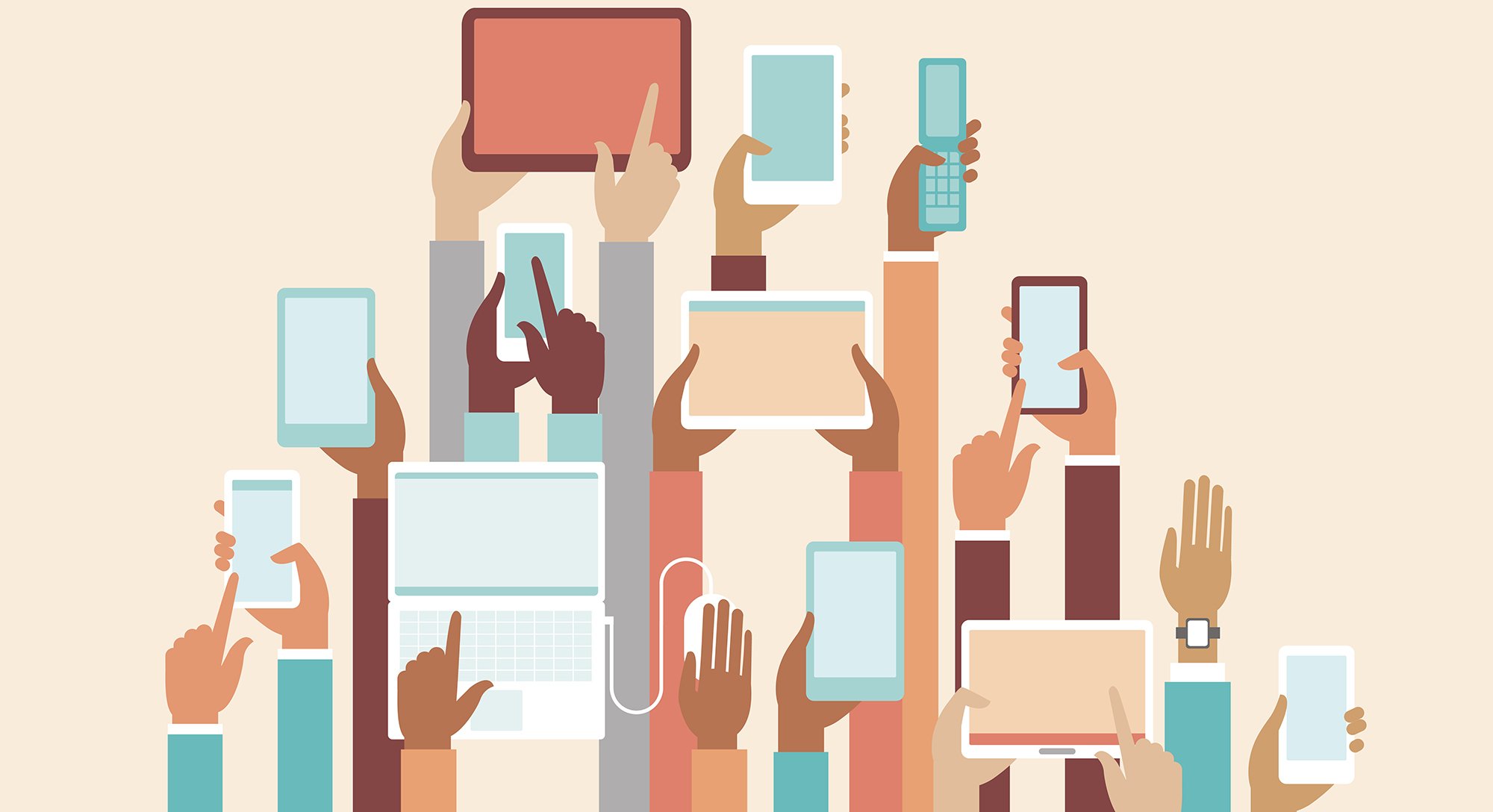 The gap between digital haves and have-nots has been brought into stark relief during the COVID-19 pandemic. (zubada/iStock)

Over the past few decades, internet access has transitioned from a luxury to an essential service—and when the COVID-19 pandemic shuttered American schools and offices in March 2020, the ability to connect became that much more critical. In Chicago alone, more than 100,000 children lacked the high-speed internet access needed to attend virtual classes. Inequity in people’s ability to access and afford the internet, as well as use it safely and productively, creates a digital divide. To narrow the gap, researchers must first truly and deeply understand it.

During the pandemic Nicole Marwell, AM’94, PhD’00, associate professor in the Crown Family School of Social Work, Policy, and Practice, became increasingly concerned about the plight of Chicagoans without web access, particularly students. “Kids in this country have a right to a public education,” she says. “If they can’t get it because they don’t have an internet connection, we are violating one of their most basic rights.” Marwell’s expertise is in urban governance—“how things get done in cities and why”—and she felt compelled to address digital inequity. But she was unfamiliar with the technical aspects of the problem.

For Nick Feamster, the reverse was true. Over the past two decades, the Neubauer Professor of Computer Science and director of research for UChicago’s Data Science Institute has focused almost exclusively on measuring computer network performance. When he joined UChicago in July 2019, Feamster was at an inflection point in his career, he says, wanting to apply his skills toward a broader social impact. Translating data science into social change requires understanding how governments, nonprofits, philanthropists, and businesses intersect with one another, and how they affect and are affected by internet inequity. When Marwell and Feamster met, they immediately recognized that each held a piece of the puzzle. “We realized,” says Feamster, “that this is a problem that couldn’t be solved with either one of us in isolation.”

In the summer of 2020, Marwell and Feamster began working together on the Internet Equity Initiative, which brings together experts and scholars in computer science, social science, data science, and public policy. The project, which has now become one of the Data Science Institute’s flagship research initiatives, uses existing data to explore the digital divide and develops new ways of measuring internet activity to help answer the questions yet to be asked.

Analyzing data gathered from 20 cities around the country—consolidated in a freely accessible data portal hosted by the initiative—the team began to dig deeper into internet inequity, with a particular interest in Chicago. Researchers determined that about 80 percent of households in the city are connected to the internet. But when they looked at Chicago’s 77 communities separately, they found notable disparities.

The least connected neighborhoods, including Englewood and North Lawndale, are on the city’s south and west sides, where up to 40 percent of households have no internet. In the most connected areas, such as the Loop and Lincoln Park, less than 10 percent of households are off-line. The study also found a correlation between low connectivity rates and factors such as income, race, education, and unemployment.

Knowing who is and isn’t online is the first step, but the divide isn’t bridged as soon as someone plugs into the internet. User experience may differ based on how old a household’s router is or how advanced its phones and computers are. The quality of broadband service itself may vary across the city. When two households in different areas subscribe to the same internet plan from the same provider, wondered Feamster and Marwell, is performance comparable?

Yet the information that might help answer that question tends to be skewed; regions that lack reliable connectivity and have fewer subscribers are underrepresented in existing datasets, and data is often collected in atypical circumstances. For example, speed tests run by users are more likely to be initiated in response to technical difficulties and in wealthier neighborhoods. “How do you make data-driven decisions when you have very little data?” asks Marwell. “Data only matters if it accurately represents the world.”

“If we’re going to be talking about this problem,” adds Feamster, “we should at least be talking about it with good data.” Needing a way to measure internet performance continuously and directly at the household level in different areas of the city, the Internet Equity Initiative developed a platform called Netrics. Using a small device attached to a home’s router, Netrics collects fine-grained metrics on user experience, including internet speed and reliability. The equipment does not collect any information on web traffic, ensuring the complete privacy of the user’s internet activity.

In early 2021 the initiative launched a pilot program, giving Netrics devices to volunteers in 30 neighborhoods, focusing on underrepresented areas. One study compared two homes using the same internet service—one in Hyde Park and one in South Shore. The Hyde Park home averaged higher upload and download speeds and lower latency, which is responsible for lag time and frozen video. The two-household sample is too small to form conclusions, but the results support the case for hyper-local home-based measurements.

The initiative is also evaluating emerging technologies and efforts to provide connectivity to communities, studying how the internet gets delivered to and distributed within buildings. This involves factors beyond the logistics of installing cable: neighborhood topography; building materials and architecture; governance; and trust between inhabitants, owners, and community members. A collaboration with a community group called the Chicago Area Broadband Initiative assesses last-mile delivery systems and technologies at a Washington Park test bed.

The team studies downstream social effects of improving infrastructure as well, to understand whether certain investments are effective and, if so, whether some populations benefit more than others. One inquiry evaluates Chicago Connected, a program that ensures internet access for all Chicago Public School students, to determine how the program affects students from different areas and socioeconomic backgrounds. Another study partners with UChicago Medicine, examining whether internet-connected devices in the home, such as voice assistants, might improve health outcomes.

“We want to produce a set of tools that other cities can use too,” says Marwell. The toolbox might include a sampling strategy, an internet measurement platform, and an approach for working with local organizations that helps them address the digital divide in their own communities. The problem is nationwide, says Feamster, but the solution will be local.