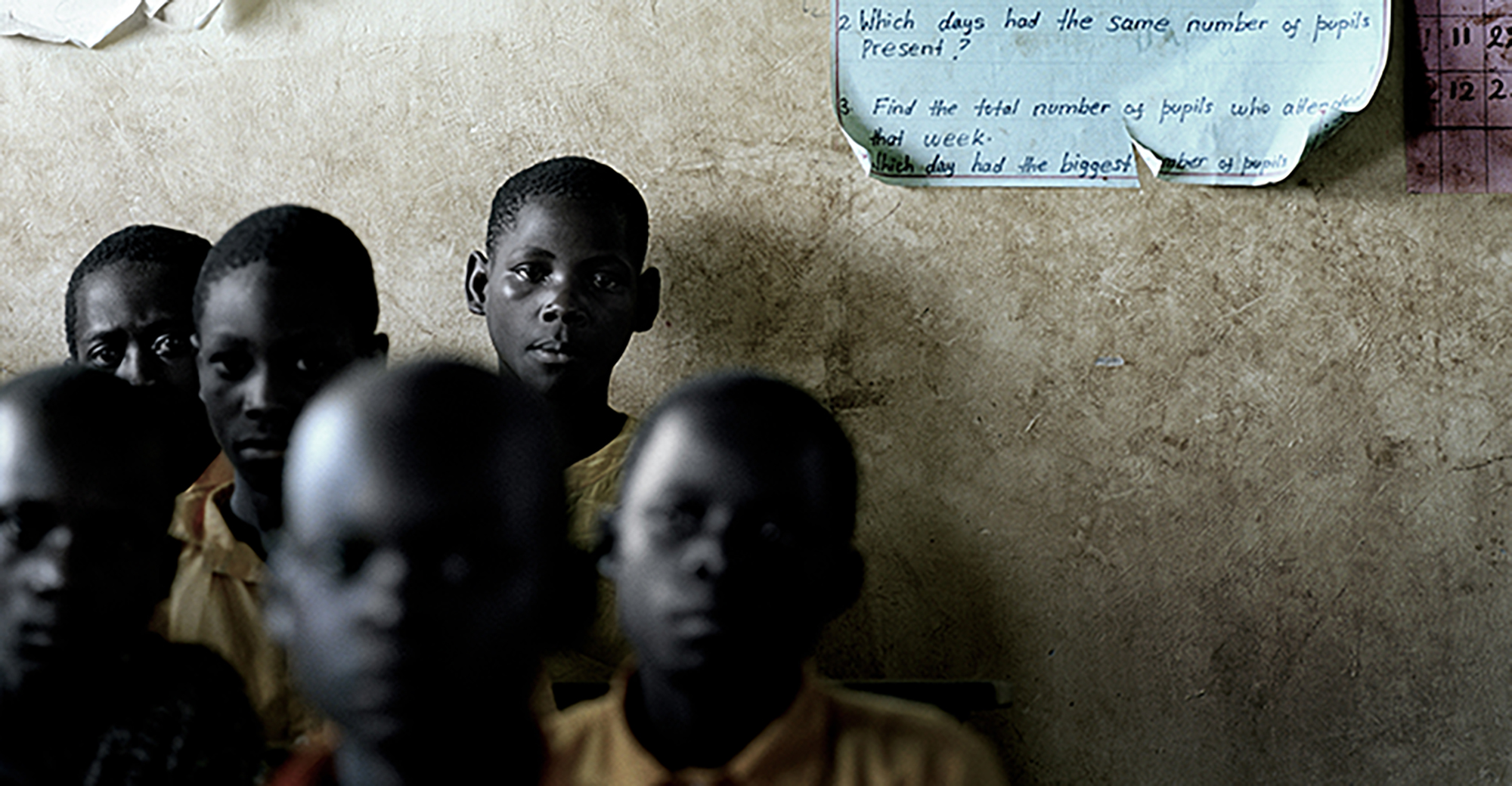 The picture of health

In one image from photographer Adam Nadel’s exhibit Malaria: Blood, Sweat, and Tears, a cluster of Ugandan schoolboys look toward the camera with solemn, knowing faces. A hand-drawn chart  taped to the wall above their heads shows the number of students present for each day of the week. On Wednesday there were 35; on Monday only 15. Malaria, the caption says, is a major reason for missed school days in Africa’s largest countries. The boys’ headmaster explains that the disease’s frequency at his school is down: students get sick with malaria only three or four times a year now. It used to be ten.

In other photos, a phalanx of Nigerian men in gas masks and long blue aprons shoulder canisters of insecticide. A four-year-old girl looks out through the folds of her mosquito net; a Cambodian boy opens his arms—joyfully, ominously—to the monsoon rains that bring water but also breed insects. Two children lie on a bare mattress in a Nigerian clinic, recovering from the fever and convulsions that might have killed them if not for emergency antimalarial drugs. 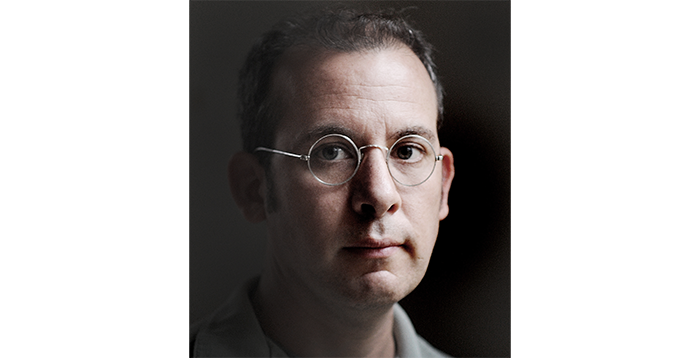 In 2009 the London-based Malaria Consortium commissioned Nadel, AB’90, to put together an exhibit on the disease, which every year infects about 250 million people and kills, according to the World Health Organization, 655,000 of them. Most of those who die are children, whose immune systems aren’t strong enough to fight off the parasite. Nearly half the world lives this way, Nadel says, with malaria as a constant, everyday threat. “There are countries where malaria occupies 30 percent of the available income for families.”

When he got the assignment, Nadel was coming off several years spent documenting war and its aftermath in the lives of ordinary people in the Middle East and Vietnam. He’d been thinking a lot about the role of disease in civil unrest, he says, and for the exhibit he wanted to do more than take beautiful pictures of terrible suffering. Nadel, who 20 years ago had his own brush with malaria—a mild case, he emphasizes, and quickly treated—wanted to explain the socioeconomic forces that perpetuate the disease, the history that reverberates through it, the science that illuminates it.

And so alongside photographs of the sick and bereaved—a pregnant woman on an examining table, children who’ve lost siblings, a mother rushing her son to the doctor in the back of a pickup truck—there are images of physicians and scientists in their offices and laboratories, arms folded, hands clasped, faces taut. “Day by day, resistance is undeniably growing,” one scientist says. Nadel also captured huge, haunting close-ups of mosquitoes under the microscope: a feathery wing, a hoof-like proboscis, a vast landscape of egg-shaped eyes.

One photo shows a warehouse of mosquito nets ready to be deployed; another a Ugandan health worker in a gleaming white coat, pausing on the dirt stoop of her rural clinic. When Nadel visited in 2009, she’d been waiting two years  for promised antimalarial supplies. There are hungry children digging for food by the side of the road, tired Cambodian migrant workers,  an unused mechanical pill sifter. Each image bears a caption explaining the connection to malaria: malnutrition, poverty, drug resistance, disease transmission and immunity, the economics of treatment. A Nigerian pharmacies director sits alone at his desk in one photo, his shadowy office illuminated by a single window: “It is not easy; there are constant threats and powerful consequences,” he says. “Death threats.” His job is to enforce drug standards against counterfeiters. His pregnant daughter, he says, died from counterfeit drugs.

Nadel spent five weeks in Africa and Southeast Asia shooting for the exhibit, which premiered at the United Nations headquarters in New York in 2010 and is now traveling simultaneously through Europe, Africa, and the United States (its current American show is at Chicago’s Field Museum, where it will remain through January 1, 2013). He recalls the people he met on his trip, their generosity and openness, their willingness to help, their keen awareness of the threat they face. “If you think the pictures are good,” Nadel says, “it’s because the people in the pictures care.”

Perhaps the clearest illustration of that care is the photograph on the cover of this magazine, which Nadel took as the sun was setting on his last day in Uganda. It is a curious image of a man seated in a field, holding an orange tube to his lips, connected to a thin glass container. The device is an aspirator, used to catch mosquitoes for malaria research, and the man is David Kachope, a mosquito hunter in training. He has volunteered to put himself at risk by waiting for the insects to land on his body so he can suck them into the aspirator. He hopes to collect 200 every night. “In order to capture the mosquito,” he told Nadel, “you must expose some skin.”

Read “Exposure” to learn more about malaria and the work of geneticist Thomas Wellems, PhD’80, MD’81.