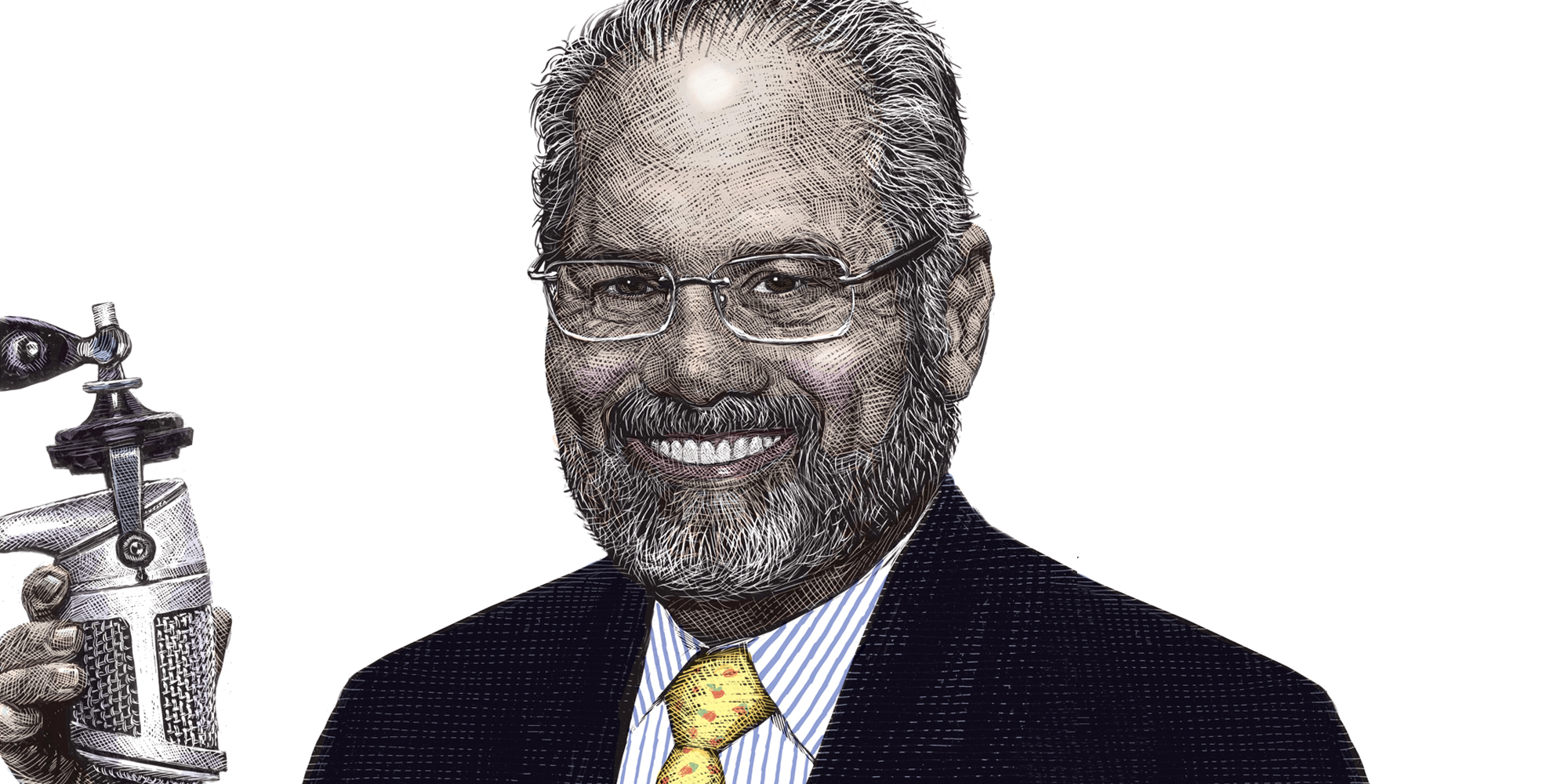 Questions for the broadcast journalist, alumnus, and College parent.

The University of Chicago Magazine
—
Spring/19

My last job before I went permanently into newsroom work was baking bagels in Rego Park, Queens. It was hard work, which started in the middle of the night with me bringing up 100-pound sacks of flour from the basement to begin that morning’s dough, and ended with me ringing up purchases before checking out for the day. The job involved good eye-hand coordination and getting burned a lot. All these years later, I can still bore you with the finer points of what makes a properly baked bagel.

That’s a hard one. I decided I wanted to be a reporter in 9th or 10th grade and pointed my life in that direction from then on. I had considered becoming an Episcopal priest for a time and set that aside as my interest in the news business intensified. I am still active in the church. Today my daughter is an Episcopal priest. And a very good one.

“Hate” is probably way too strong a word. I just miss whatever it is that so many of my fellow Americans love about NFL football. Show me a pro football game from beginning to end and you can probably perform surgery on me without anesthesia. I usually watch the last 15 minutes or so of the Super Bowl (roughly the last two minutes on the clock). I figure it’s an important enough cultural event that I should know what happened. Every now and then I’ll be reminded I’m always a little out of step: I’ll see something like La La Land and think, “Why was I supposed to love that?”

I love what I love. I’m so immersed in it I’m not sure how to answer the question. What do people hate? I don’t really know. American culture is now such a mosaic, broken down into tiny tiles instead of a broad consensus thing I’m not even sure what everyone hates.

Prisoner by Jason Rezaian. It’s the Washington Post reporter’s story of his 544 days in captivity in Iran. It’s a beautifully written meditation on the struggle to stay sane in an insane situation, a memoir of coming of age in a blended Iranian American family, and at the same time a well-reported story of the tensions and contradictions of modern-day Iran.

A New Foreign Policy: Beyond American Exceptionalism by Jeffrey Sachs. I’ve been interviewing Sachs and using him as a source for a quarter century. This book offers a bracing reappraisal of America’s place in the world, and makes proposals that would be startling to earlier generations of US policy makers. Interesting read.

Natural Causes: An Epidemic of Wellness, the Certainty of Dying, and Killing Ourselves to Live Longer by Barbara Ehrenreich. It is a terrific book, puncturing some of the automatic assumptions we make about what we should be willing to do to extend life. It’s challenging, confrontational, and terrific. I set it aside while recovering from a serious illness. (After I recovered, I picked it back up and finished!)

I can only name one? I did a close read of Alexis de Tocqueville’s Democracy in America in a small class with Ralph Lerner, AB’47, AM’49, PhD’53, that basically used that classic as the only text. It illuminated that monumental work for me in a way reading it on my own never could.

Continental Drift by Russell Banks. Sometimes by accident you read a book just at the right moment when you’re particularly open to what it has to say. It’s a wonderful novel about changing your life, disappointment, accident, and the unimaginable collision of American lives.

I would trust James T. Farrell, EX’29, a great son of Chicago and author of the Studs Lonigan trilogy, to tell the story of my life. He’s really good at illustrating the way people look at each other across boundaries of wealth, social class, and background. He writes about the role of religion in family life in a way formed by lived experience. The bonus? People would be reading Farrell again!

I can wiggle my ears. It entertained my children, for a time. When they age out, even its modest utility recedes. Perhaps some future grandchildren will find it entertaining … and by then my ears should look even bigger!

My mother was allergic to self-promotion, “tooting your own horn.” She told me, “You don’t have to tell your bosses about the good work you do. They know.” It was from her vantage point as a working person, decent advice, and advice that would help build a decent person. In the peculiar context of my own workplaces, it assumed way too much. I was spending my work life in an enormous brass section, and my horn sat in my lap for too long.

What advice would you give to a new Maroon?

That stuff about “Where fun goes to die”? It’s nonsense. Pay no attention to it. Work hard. Have fun. It’s such a tiny interval in your life you really owe it to yourself—and whoever’s paying for it—to make the most of it. My son Rafael Suarez, AB’13, had a blast, and got a great education too.

I was a student of William Julius Wilson’s at Chicago, just before he left for that famous school in Massachusetts. I had been a street reporter in Chicago for years, and his work and teaching gave me a sturdy framework for marrying the things I was learning on the street with the best thinking on race, wealth, and poverty at that time.

What’s your most vivid UChicago memory in two sentences or fewer?

When I was working on my master’s project I had a toddler and an infant at home. I would bring my son to Regenstein, pile up his picture books, pull up his chair next to mine in the carrel, and go to work. (He’s 30 now, and a UChicago grad.)