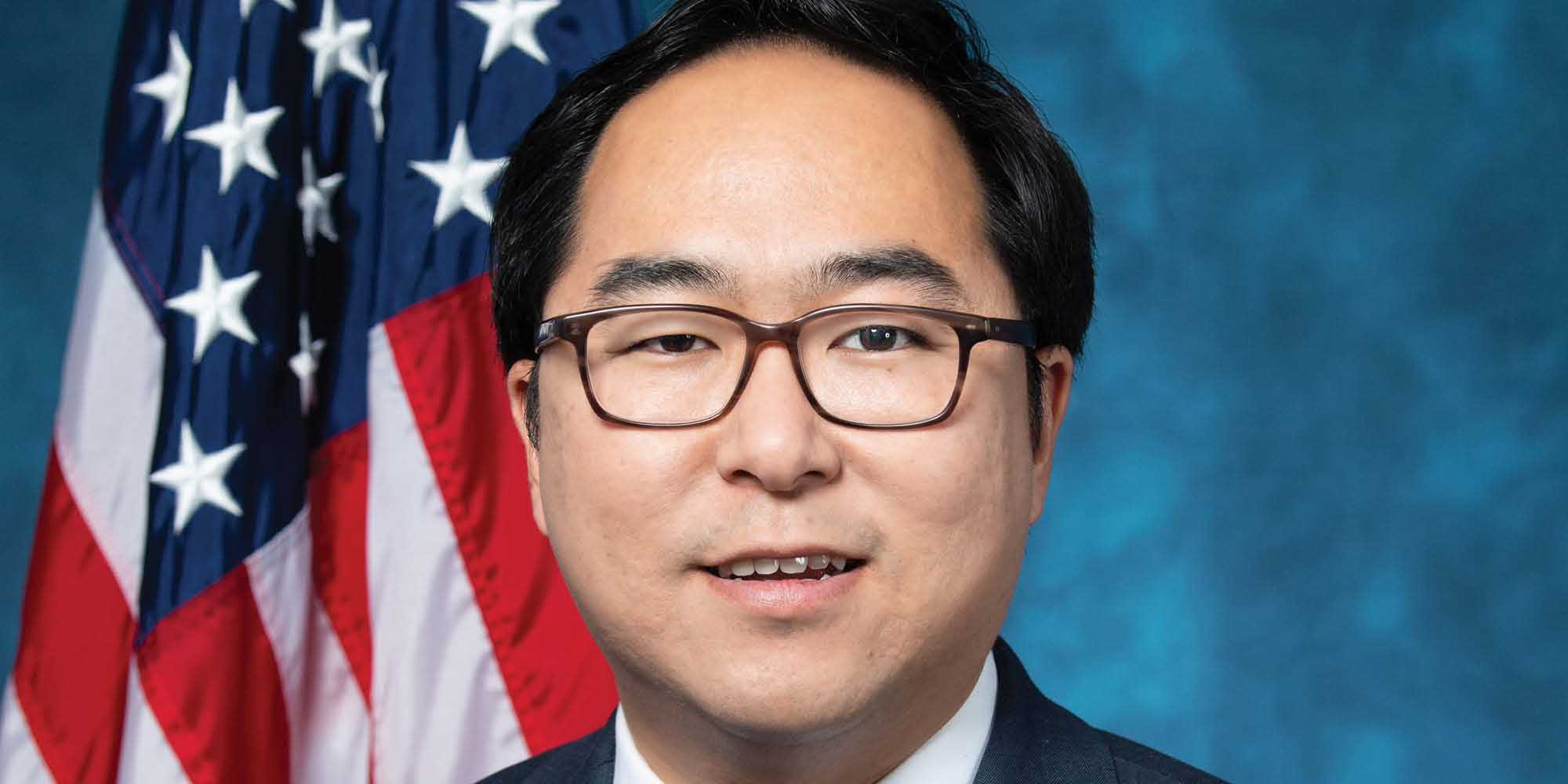 Andy Kim, AB’04, cites a moment in Karl Weintraub’s Western Civilization course as one of his most enduring memories of UChicago. (Photo courtesy Andy Kim, AB’04)

The value of the individual

An interview with Class Day speaker and US Rep. Andy Kim, AB’04.

Rep. Andy Kim (D-NJ), AB’04, spoke at the College’s Class Day ceremony in June. A political science major at UChicago, he studied international relations as a Rhodes and then a Truman Scholar at Oxford. He worked for the US Agency for International Development, the State Department, the Department of Defense, and the White House National Security Council before being elected to the House in 2018.

What are your memories from your own convocation?

I remember having a deep level of excitement. There was a lot of uncertainty about the future, but I felt prepared. The hardest part was saying goodbye to friends without knowing when we would see each other again.

What drew you to UChicago from Deep Springs College? (Deep Springs is a two-year college in the California desert, all male at the time Kim attended, where its 24–30 students also work on a cattle ranch.)

Deep Springs is an extraordinarily unique two-year education. I was looking for another unique place to finish off my undergraduate experience. Coming from the rural ranch environment, I found the urban dynamics of UChicago to be incredibly complementary to provide a new perspective.

I wanted a place where I could find a balance between the life of the mind and tangible hands-on work. I also deeply respected the approach to education of UChicago that embraced the pursuit of depth. The main goal was to learn how to ask good questions, and UChicago helped me hone that kind of critical thinking.

What’s your most enduring memory of UChicago?

The first class meeting of Western Civilization, taught by Professor Karl Weintraub [AB’49, AM’52, PhD’57]. He was a legendary teacher who had taught at UChicago for nearly 50 years. He was unwell at the time, though, and struggled to always articulate the brilliant thoughts he had in his mind.

He paused the class and mentioned that he had people suggest to him that he stop teaching and retire. I started to choke up as he talked about how much meaning teaching provided for his life and how he wasn’t sure what life would be like without teaching. I remember looking around the room and seeing 20 other students who all were internalizing the power of that moment and the ability to be a part of something so special and inspiring. Professor Weintraub passed away shortly after. I feel blessed to have had the time as one of his students.

Was there one class or one book that’s been relevant in your career in public service?

I did an independent study with Professor Nathan Tarcov [the Karl J. Weintraub Professor in the College and the Division of the Social Sciences] on Plato’s Republic. That was the first book I read as an undergrad [at Deep Springs]. I wanted to read it again as the last book to get a sense of how much my thoughts had grown in four years. I keep that same copy of the Republic with me at my office at the Capitol, and I still return to those passages that I highlighted. There is an eternalness to many of the struggles we face.

What aspects of serving in Congress have surprised you—and what parts did you feel prepared for?

My time in Congress has been anything but ordinary. I started during a shutdown, voted on two impeachments, and spent half of it during a pandemic. The thing that prepared me most was my time as a diplomat. A lot of people in Congress are great at talking, but as a diplomat, you learn to listen. It doesn’t matter if it’s a member of the other party in Congress or someone who may not agree with you on a lot of things back home, finding that middle ground starts with listening. It’s something that’s lacking in Washington. It’s something I work every day to be better at.

You’ve talked a lot about how your second son’s birth inspired you to run for public office. How is it balancing family and your demanding job?

It’s tough. My wife and I are lucky—we both work, we have parents who live nearby and can help, and we’ve got a healthy family. Watching my two sons grow up every day is a blessing, but it is difficult to raise a family in America. There aren’t a lot of working parents in Congress. I wish that were different.

You’ve also been very vocal about anti-Asian hate crimes. What was it like for you as an Asian American student at UChicago?

When I was at UChicago, I was at a difficult place in understanding my Asian American identity. At times I tried to downplay or ignore my heritage. I wanted to be seen as just American without any qualifiers.

I studied Hannah Arendt and thought that talking about universal aspects of the human condition meant to focus on that which we share rather than what makes us different. But her book Eichmann in Jerusalem and other writings showed the clash within plurality.

These experiences, in addition to my work at the Chicago Coalition for the Homeless, pushed me to visit all 77 Chicago neighborhoods and see the range of life experiences in the city I called home. My understanding of my own identity shifted considerably during my time in Chicago.

After the Capitol insurrection of January 6, a photo of you helping to clean up trash—the only lawmaker alongside the building staff—went viral.

It was a traumatic moment—for me, for my colleagues, for our nation. In traumatic moments, people process things differently; I started cleaning up. There’s always something you can do, there’s always a way you can help or make things better. It doesn’t have to be a big act; it can be something as small as picking up the garbage.

What gives you hope for the future?

My two baby boys. My oldest son is five, and I just watched him ride a two-wheel bike for the very first time. It was a humbling feeling to watch him seek out these milestones in the human experience. Seeing them grow up and enter the world—it drives me to do better every day and gives me hope about the great things they’ll accomplish one day.