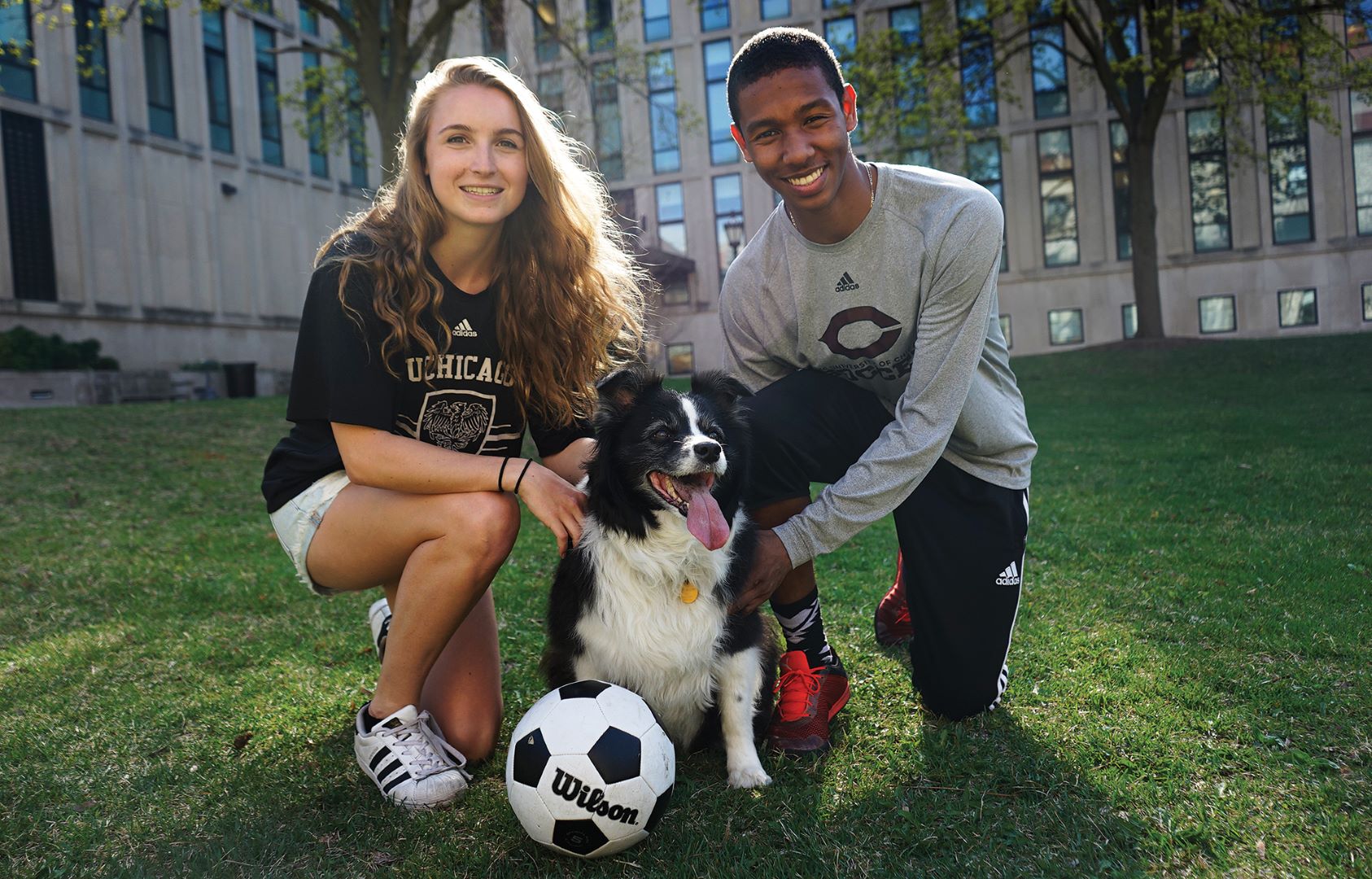 Caroline Olivero, AB’18, and second-year Bryce Millington with Cora after their game. Cora can be frequently spotted dribbling a ball across the quads, even in snow. (Photography by Zola Yi, Class of 2020)

“She’s a little bit of a presence on campus,” says Jane Dailey, associate professor in history, the Law School, and the College, of her 12-year-old border collie Cora, also known as “the soccer dog.”

Cora started chasing soccer balls around the family home as a puppy. When she’s on her game, “another dog can sniff her and she won’t even acknowledge its presence,” says Dailey. “She’ll dribble a tennis ball too. It’s just her thing.”