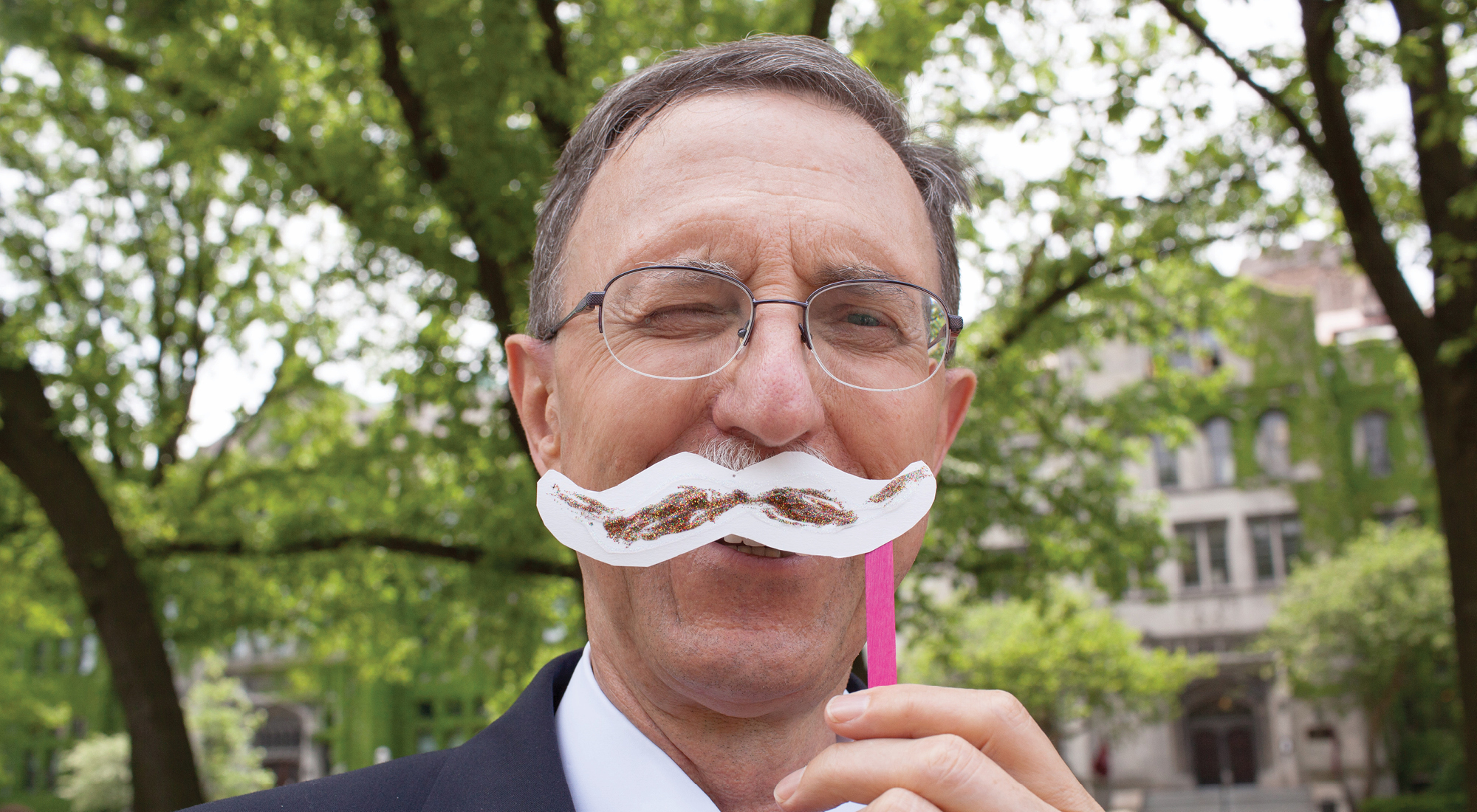 The end of an era

In January John W. Boyer, AM’69, PhD’75, announced plans to step down as dean of the College, a position he has held since 1992, and take on a new role as senior advisor to the president after the 2022–23 academic year. Boyer, the author of The University of Chicago: A History (University of Chicago Press, 2015), has made plenty of UChicago history himself. During his unprecedented six terms as dean, he has overseen changes that transformed the undergraduate experience at UChicago, including the expansion of College enrollment, a restructuring of the Core curriculum, the construction of new residential commons, and the improvement of career advising and study abroad.

Along the way Boyer has become a campus icon, known for his bike rides around Hyde Park, his mustache, and his uncanny ability to connect the Habsburg Empire to, well, everything. Look no further than the student-organized Dean Boyer Appreciation Day in 2013 (where the photo above was taken) featuring a make-your-own-mustache station and Austrian treats. As one alumna told the Magazine at that event, “Dean Boyer is to the University of Chicago as a good mustache is to a face: it completes it, makes it better. He is the mustache of the University of Chicago.”