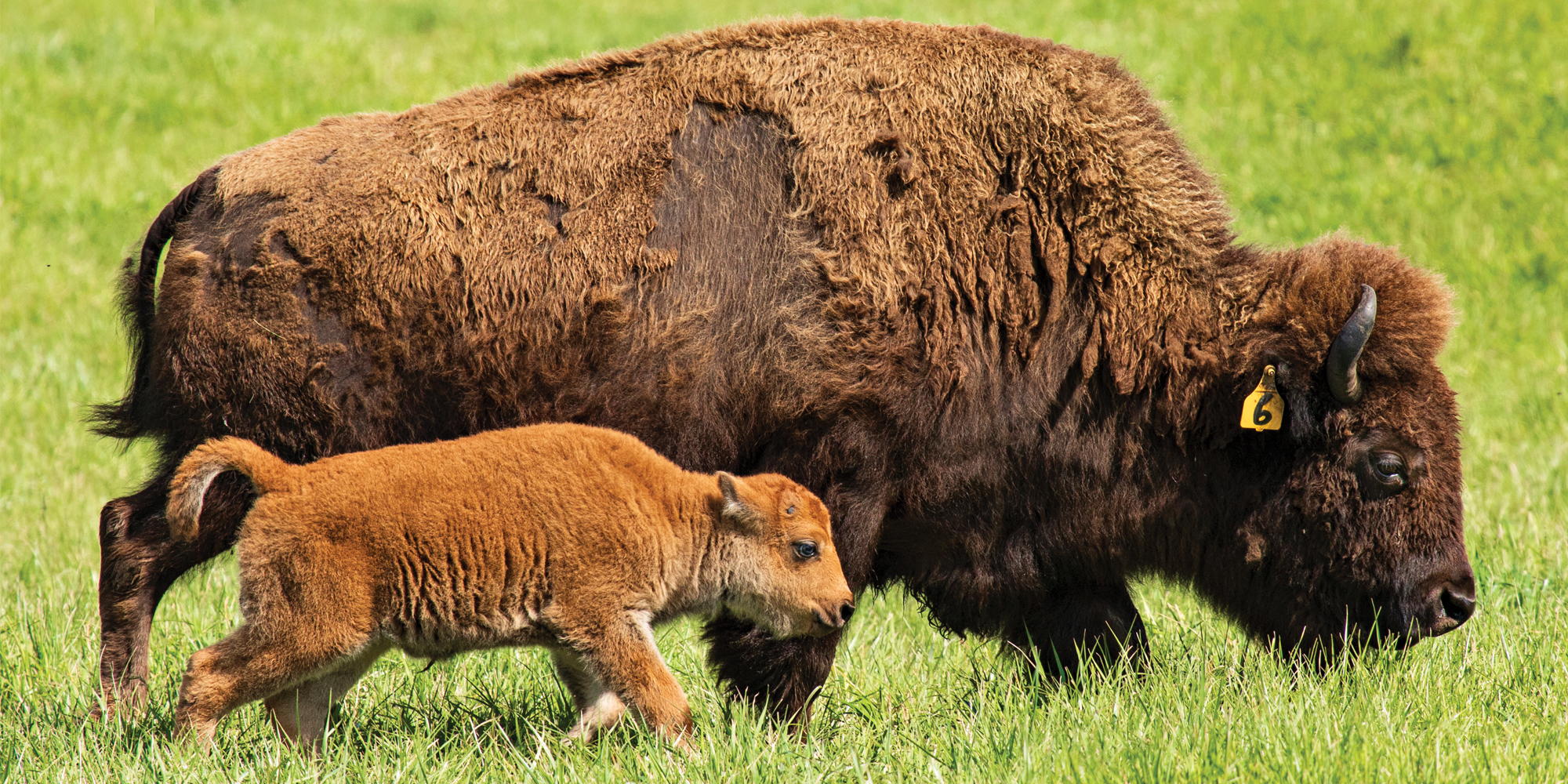 The newborn bison and its mother wander the prairie at Fermilab. Bison calves are protected not only by their mothers but also the entire herd. (Photography by Marty Murphy)

So small, you might mistake it for a boson.

Fermilab’s first bison calf of the year was born on April 28—one of 13 calves born so far this season. The American bison (Bison bison) roam nearly 1,000 acres of reconstructed tallgrass prairie at Fermilab, about an hour’s drive west of Hyde Park in the suburb of Batavia, Illinois.

The herd was established by Robert Wilson, Fermilab’s first director, in 1969. The display herd honors the historic Midwest prairie, as well as the lab’s “pioneering research at the frontiers of particle physics.”