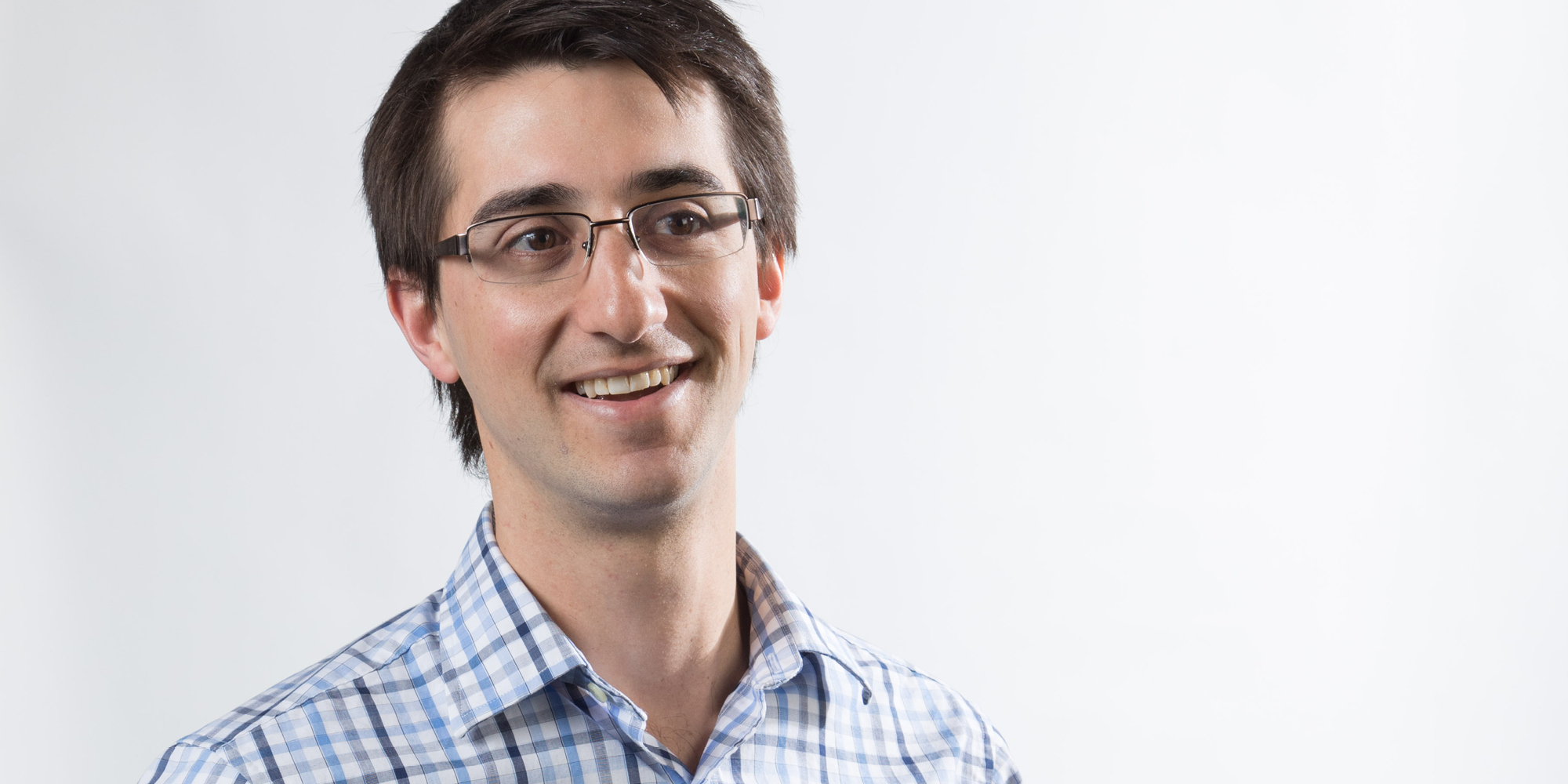 You probably don't know musician Joey Brinkʼs name, but you may have heard him perform.

On a Friday afternoon in February, University carillonneur Joey Brink is getting ready to climb 240 of Rockefeller Chapel’s 271 stairs. From a small playing cabin near the top of the tower, he’ll perform David Bowie’s “Life on Mars” on the Laura Spelman Rockefeller Memorial Carillon. It’s not the first time he’s rocked Bowie on the instrument’s 72 bells—Brink commemorated the iconic performer’s 2016 death with a recital of his greatest hits.

Brink, 29, brings a youthful edge to an instrument with medieval origins. Since his arrival at the University in 2015, the campus soundscape has included Drake’s “Hotline Bling” and Prince’s “Purple Rain,” alongside more traditional selections. Brink, a past winner of the prestigious International Queen Fabiola Carillon Competition, also offers private lessons to 20 graduate and undergraduate students at the University each year and composes and commissions new works for carillon. In comments edited and condensed below, he tells the Magazine how he fell for the bells.

How did you get started playing the carillon?

I started piano lessons when I was eight, and in high school I played mallet percussion—xylophone and vibraphone—which is kind of similar to bells. I had no idea what a carillon was until I toured Yale. As we walked by Harkness Tower, the tour guide said, “There’s a bunch of bells in the tower, and people play them kind of like a piano.” And I thought, “Whoa, I really want to do that.” So my first day on campus as a freshman, I went and found the group and was like, “I want to join!”—maybe a little too enthusiastically. You take lessons for 10 weeks and then you audition. That audition is still about the most stressful thing I’ve ever done. There’s 50 to 80 people that want to join every year and they take five.

After graduating I went to a carillon school in Belgium for a year, where I rigorously, intensely studied carillon. Then I came back to the United States to do something totally different and got a master’s in engineering. But while I was in graduate school at the University of Utah I realized I could be a full-time carillonneur. That was shortly before I came here.

You’ve chosen to play a lot of nontraditional carillon music. Why is that?

I really enjoy pop music and film music. Some of my favorite things to play on the carillon are Disney songs from Pocahontas, Beauty and the Beast, Mulan. Those songs work so well on bells—the melodies and the harmonies. So that was just personal taste. And I do really like taking requests from the community. People can submit requests online, and I keep a close eye on those. I also like to play contemporary music written for carillon, as well as classical music arranged for the carillon. I think playing a variety of music is the most fun for me and also best for the community.

What makes a piece of music work well for carillon?

Anything that has a clear melody that you can sing or whistle will work on the carillon. If the music doesn’t have much of a melody, like a rap or R&B song that requires a lot of percussive hits, it’s not going to work quite as well—though something like “Hotline Bling” was doable. I can’t sustain a note like a singer could, so a slow, dramatic Céline Dion epic is not going to work all that well. Alternatively, if it’s too fast and really rhythmic and arpeggiated, that often doesn’t work either. Disney songs tend to be right in that sweet spot.

When you’re at, say, a cocktail party, what do you tell people who ask what you do for a living?

It really depends on how much I want to talk. Sometimes I’ll just say I’m a teacher or a musician. Then people might say “What do you play?” and that opens up a can of worms. But if I’m feeling talkative, I’ll say I play in a bell tower and I teach bells. It’s the most fun when people don’t believe me. They actually think I’m kidding. That’s happened a couple of times.