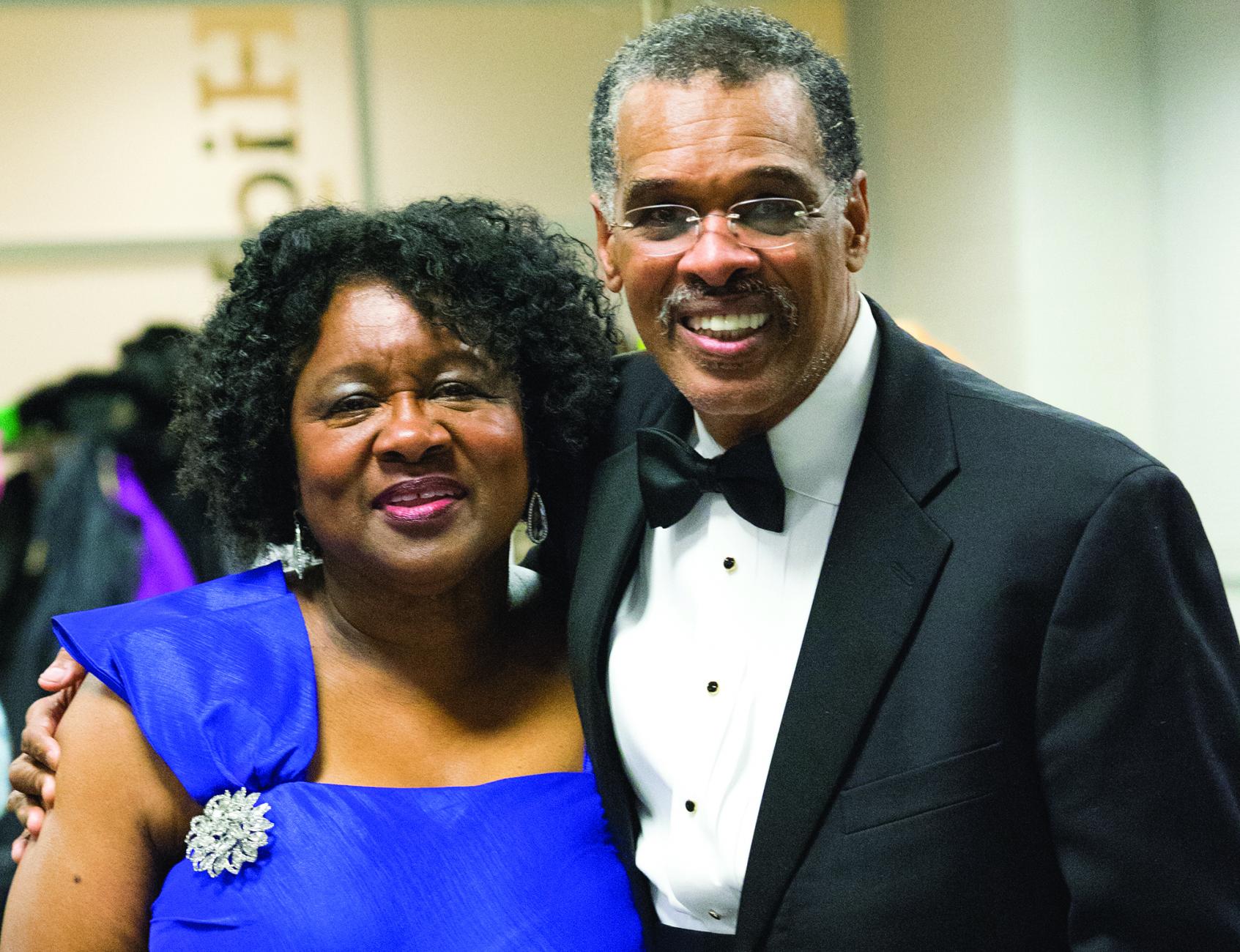 By
Author
Laura Demanski, AM’94
|
The University of Chicago Magazine
—
Spring/21

A historic building at James Madison University in Harrisonburg, VA, was renamed Gabbin Hall in February, in honor of longtime JMU professors Joanne V. Gabbin, AM’70, PhD’80, and Alexander Gabbin, MBA’70. Until July 2020, Gabbin Hall and two other campus buildings were named for Confederate military leaders. The school’s board of visitors unanimously voted to remove those names and appointed a committee to invite community input and recommend new names. The Gabbins met as teenagers in their native Baltimore. Joanne Gabbin, a professor of English specializing in African American literature, leads the Furious Flower Poetry Center at JMU. Her husband, Alexander, a professor of accounting, was the first Black director of the JMU College of Business’s accounting school.

Theoretical chemist John Jumper, SM’12, PhD’17, was named to the 2021 Time100 Next list for his work as lead researcher for AlphaFold, an artificial intelligence program that predicts the shape a protein folds into. The technology could improve knowledge of diseases and accelerate development of new drugs. Part of UK-based company DeepMind, AlphaFold uses genetic data and deep learning to predict the distance between pairs of amino acids in a protein. It then adds information about physical and geometric constraints to compute the protein’s likely structure. In last year’s biennial Critical Assessment of Structure Prediction challenge, AlphaFold outperformed all other participants. Nature said the program “could herald a revolution in biology.”

In March Ann Mukherjee, AB’87, MBA’94, received a 2021 Justice in Action Award from the Asian American Legal Defense and Education Fund (AALDEF). The chair and CEO of the wine and spirits company Pernod Ricard North America, Mukherjee previously held positions at companies including SC Johnson, PepsiCo, and Kraft Heinz. The AALDEF, founded in 1974 to protect and promote the civil rights of Asian Americans, honored Mukherjee for her work as a corporate leader to promote diversity and to address racial inequity. Accepting the award, she said, “I have a job to return on investment, but I think my bigger job is return on responsibility.”

A book published last October unearths the full story of the Commission on Freedom of the Press, the 1943 project spearheaded by UChicago’s fifth president, Robert Maynard Hutchins, and Time Inc. editor in chief Henry R. Luce to define and defend the role of the media in a modern democracy. Members of the commission included UChicago alumni Robert Redfield, LAB 1915, PhB’20, JD’21, PhD’28, and Harold D. Lasswell, PhB 1922, PhD’26, along with Reinhold Niebuhr, Archibald MacLeish, and eight other prominent thinkers of the time. In An Aristocracy of Critics: Luce, Hutchins, Niebuhr, and the Committee that Redefined Freedom of the Press (Yale University Press), free speech expert Stephen Bates reveals ideas from the commission’s deliberations not included in the final report and reflects on the contemporary salience of its work.

Kiki Petrosino, AM’04, won the 2021 Rilke Prize for her poetry collection White Blood: A Lyric of Virginia (Sarabande Books, 2020). The prize, founded in 2012, is awarded by the University of North Texas each year to a midcareer poet of “exceptional artistry and vision.” After completing UChicago’s Master of Arts Program in the Humanities, Petrosino earned her MFA from the University of Iowa Writers’ Workshop. White Blood, her fourth book, sprang from intensive archival research into her family’s history. The collection employs a range of poetic forms to reflect on the history of race and injustice in the United States, and on her own roots and Black identity.

Jeri Lynne Johnson, AM’05, received the 2021 Woman One Award from Drexel University College of Medicine’s Institute for Women’s Health and Leadership. Johnson, who received her UChicago master’s degree in music, is the founder and artistic director of the Black Pearl Chamber Orchestra in Philadelphia. Awarded many National Endowment for the Arts grants, Black Pearl is celebrated both for its performances and for its community engagement programs. The Woman One Award each year honors an outstanding leader in Philadelphia and raises scholarship funds for underrepresented women studying medicine at Drexel.