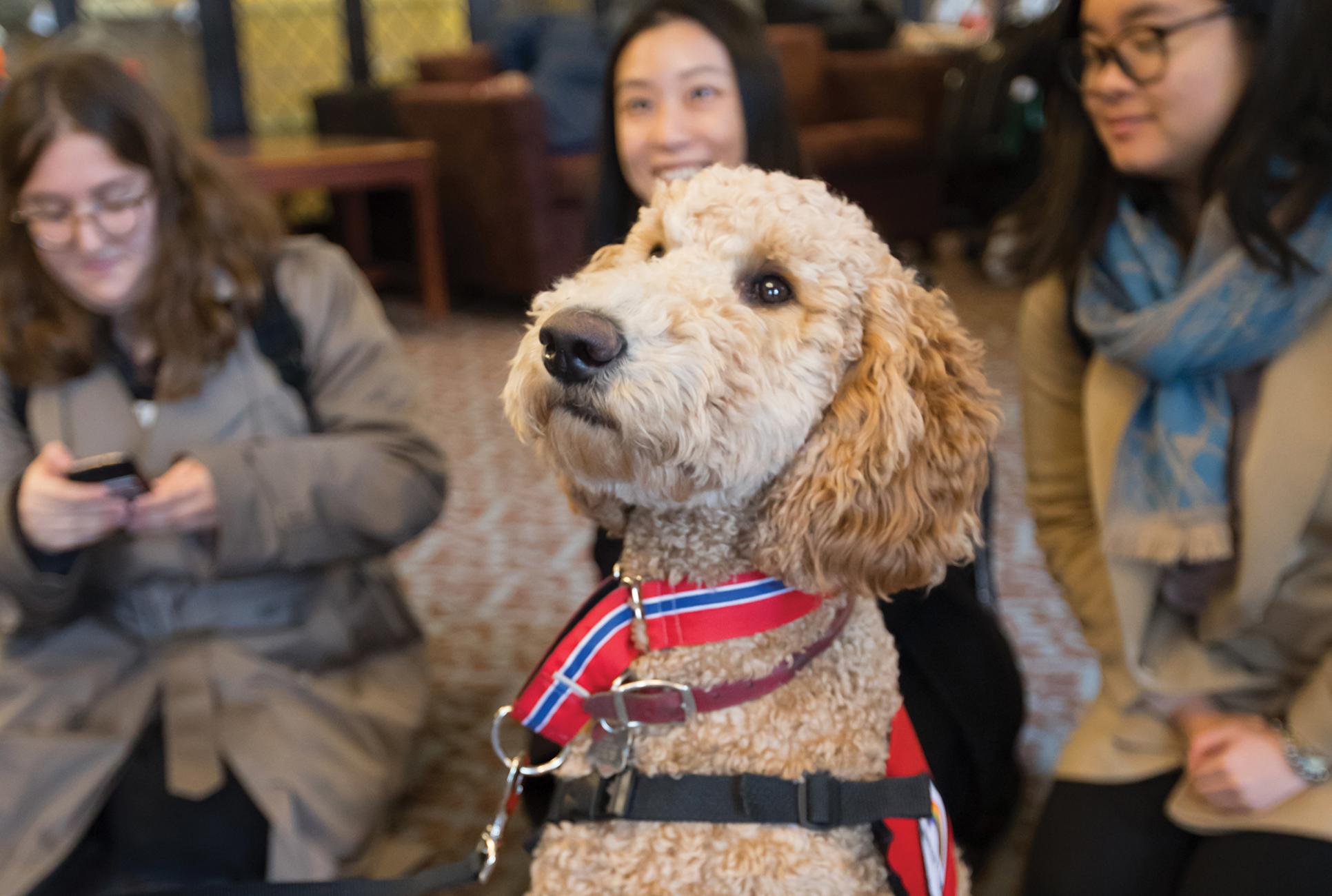 To get Teddy the goldendoodle (a cross between a golden retriever and a poodle) to sit for photos, his owner frequently had to bribe him by holding a French fry just above the camera. (Photography by Anne Ryan)

“This is Teddy’s first time doing this work at a university,” says his owner and handler Cindy Gross. Teddy, a one-year-old goldendoodle, is by far the youngest and most outgoing of the five dogs at the quarterly Pet Love event, held at the McCormick Tribune Lounge in the Reynolds Club. All the dogs and their handlers work with the Rainbow Animal Assisted Therapy organization—the dogs wear vests indicating as much.

Teddy has mostly visited hospitals and rehabilitation centers, where he meets people one on one. But he’s a natural at Pet Love, where students gather around each dog to pet, snuggle, or just watch tricks. He works the crowd, greeting each person in the circle.

“Oh my gosh, he’s so soft!” says one student, tickling Teddy under the chin.

Another commands, “Sit.” The student’s eyes light up when Teddy offers his paw as well.

On a table, Student Health and Counseling Services has laid out pens, Play-Doh, stress balls, coloring sheets, and pamphlets on stress management. They go largely ignored.

Capacity is limited to 10 students per dog. There’s a line early on, but eventually everyone gets a turn.

After spending a few minutes with Teddy’s colleague Palin, an eight-year-old golden retriever, two women stand up and brush long yellow hairs off their black pants. “It doesn’t matter,” one says. “I’m so happy.”