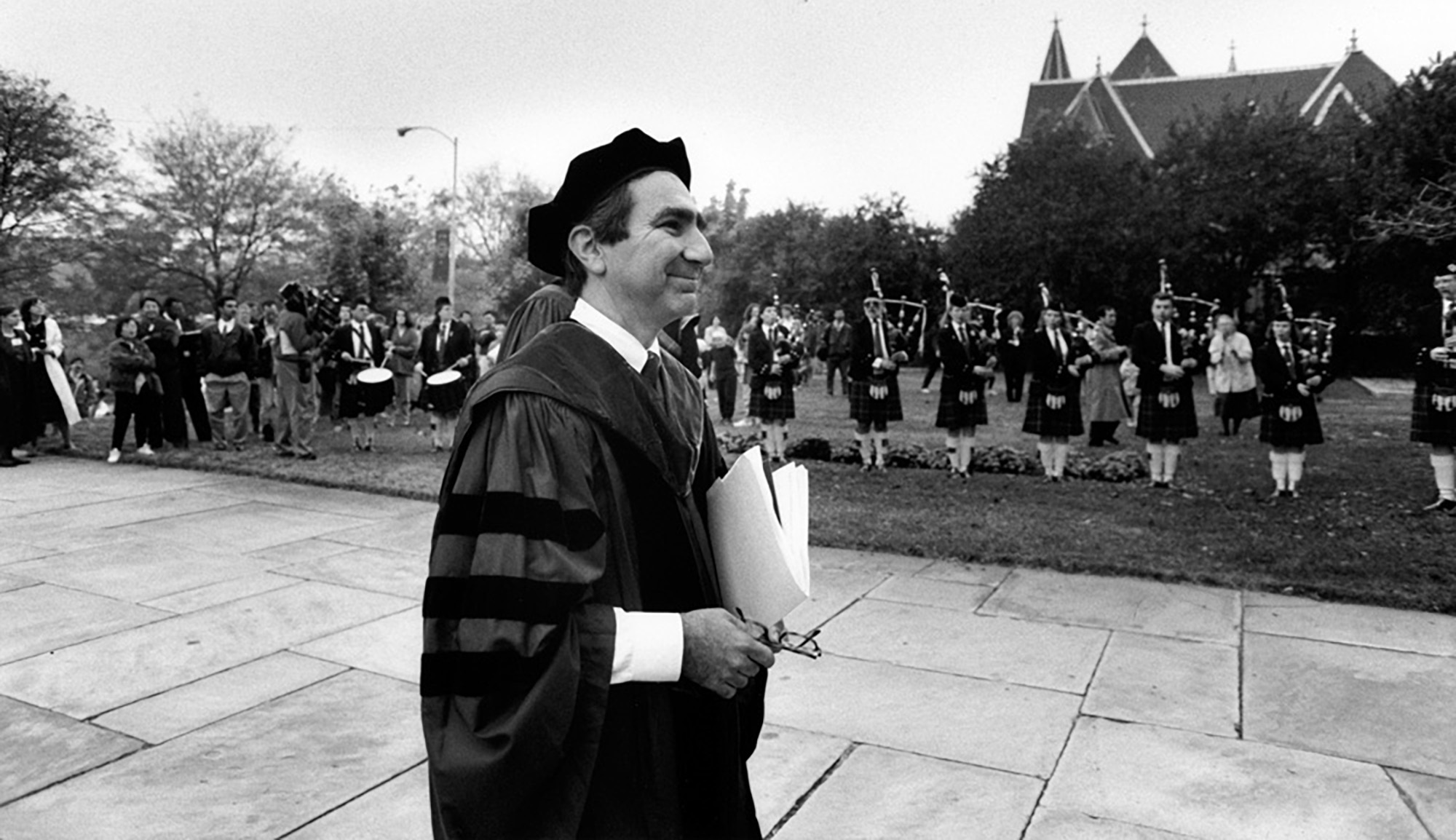 A remembrance, a conversation, and a welcome.

By
Author
Laura Demanski, AM’94
|
The University of Chicago Magazine
—
Fall/21

I arrived at the University of Chicago as a graduate student in September 1993. That fall a banner on the main quads welcomed a more notable arrival on campus: “Let the Sonnenschein In!” And they did. On a cloudy Wednesday in October, Hugo Freund Sonnenschein was inaugurated as the University’s 11th president.

As the four traded stories and perspectives, singularity emerged as a leitmotif. “The University of Chicago is a place of meaning. It has a particular point of view; it has a set of values,” said Zimmer, now University chancellor. Calling his 15 years as president “a great and unusual opportunity,” he spoke of his particular pride in being a UChicago faculty member. Gray, too, singled out this University, calling it “the university.” Other places spoke of making leaders, she said, “but our purpose had to do with teaching people to think.”

For Randel, “it was clear I was going to stay at Cornell forever,” he said, until it wasn’t. The University of Chicago proved to be the one place that could lure him away, aided by his lasting admiration for a high school teacher who was a UChicago alumnus.

Memories spurred Alivisatos too—not of a mentor but of his own younger self. “I was exposed to a whole way of having a life of purpose,” he recalled. “There was no doubt in my mind this was a place I would want to come back to, because the experience of how people think and how they behave as a community has always stayed with me.”

On October 29, as this issue went to press, Alivisatos was inaugurated in Rockefeller Memorial Chapel. Look for our story about the ceremony in the Winter/22 issue, out in February. For now, see “Magnifying Vision” to learn more about the man who has returned to a community he never really left.

In August the Magazine welcomed Katie Byrne, previously at the Joint Commission, as copy editor. A first-degree black belt in karate, Katie was just as adept at fact-checking and proofreading this issue, her first. And Susie Allen, AB’09, is now senior associate editor. While continuing to run UChicago Journal and write features, Susie will regularly guest edit the Magazine, as she did with distinction in Fall/19.