The University of Chicago Magazine
—
Sept–Oct/12 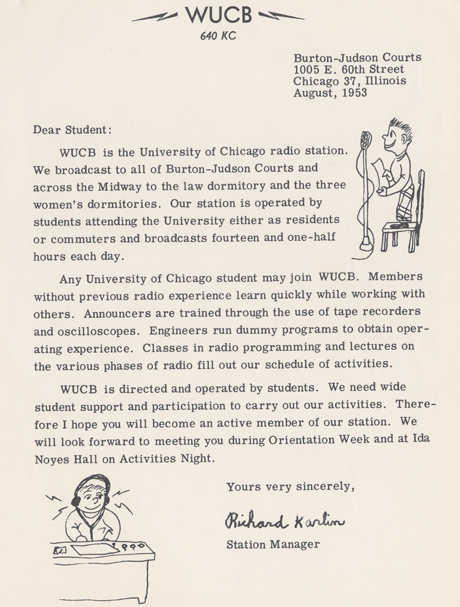 In 1953 student-run radio station WUCB calls for new members to man its carrier-current station in the basement of Burton-Judson Courts. According to Richard Karlin, AB’55, SB’57, who was station manager at the time, WUCB was “virtually all classical,” but very diverse in its programming. “Certainly, there wasn’t the sort of Top 40 syndrome you see today. For one thing, the classical repertoire was immense.” He also noted of his experience: “There were a number of problems. One of them was that the station itself was in poor repair. We did a lot of work to repair it, some of which got us in trouble because we weren’t supposed to be doing electrical. Buildings and grounds got a little upset.” In 1968 WUCB switched over to FM and changed its name to WHPK. 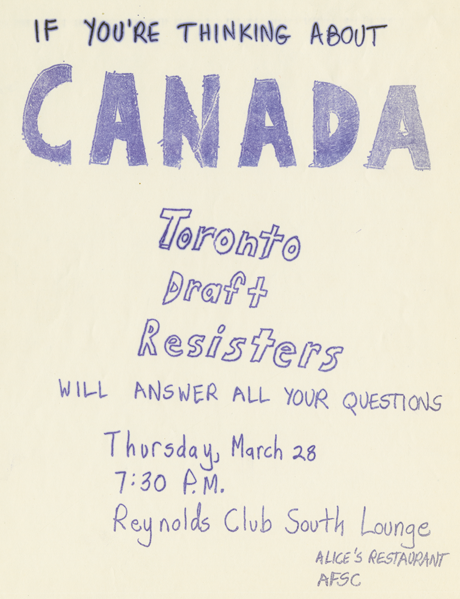 Named after the 1967 Arlo Guthrie song and album, the registered student organization Alice’s Restaurant was formed “to discuss the alternatives open to graduating seniors in light of the draft.” Posters invited students to explore the possibilities and ethics of draft dodging. 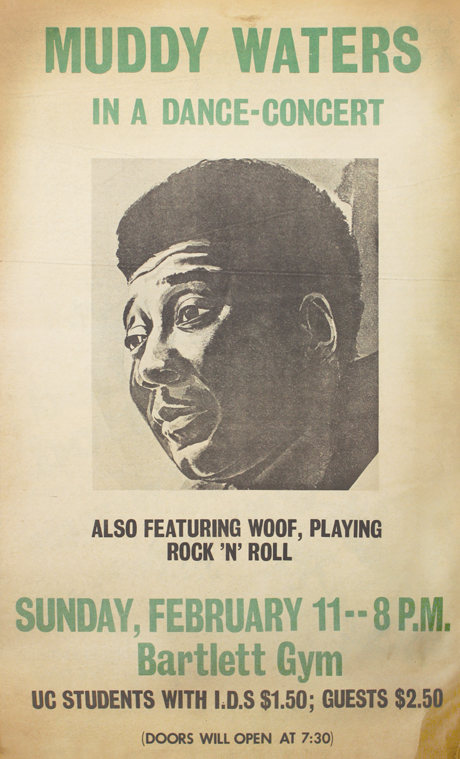 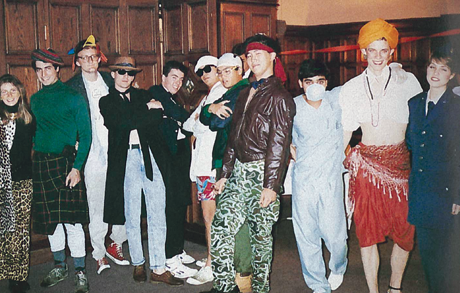 Costumed students pose at a 1987 Halloween party sponsored by the Student Government Activities Committee, hosted at Ida Noyes. Three bands—the Farmers, a local band; Terrance Simien from New Orleans; and the Johnny B. Moore Band—were a part of the festivities. 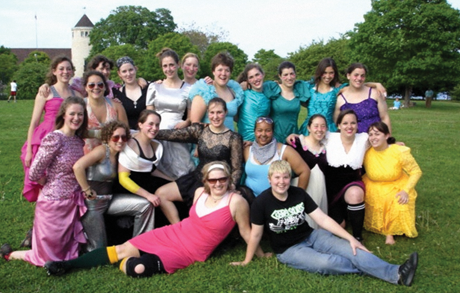 Taking a break from end-of-quarter stress, the 2008 women’s rugby team donned old gowns and took to the Midway for the annual prom dress rugby scrimmage. Held each year during Alumni Weekend, the game marks the end of the team’s season. 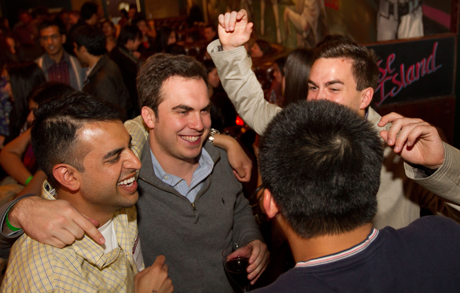 Reunion cheers: Members of the Class of 2011 enjoy their Alumni Weekend class dinner at Goose Island Brewpub in Wrigleyville.