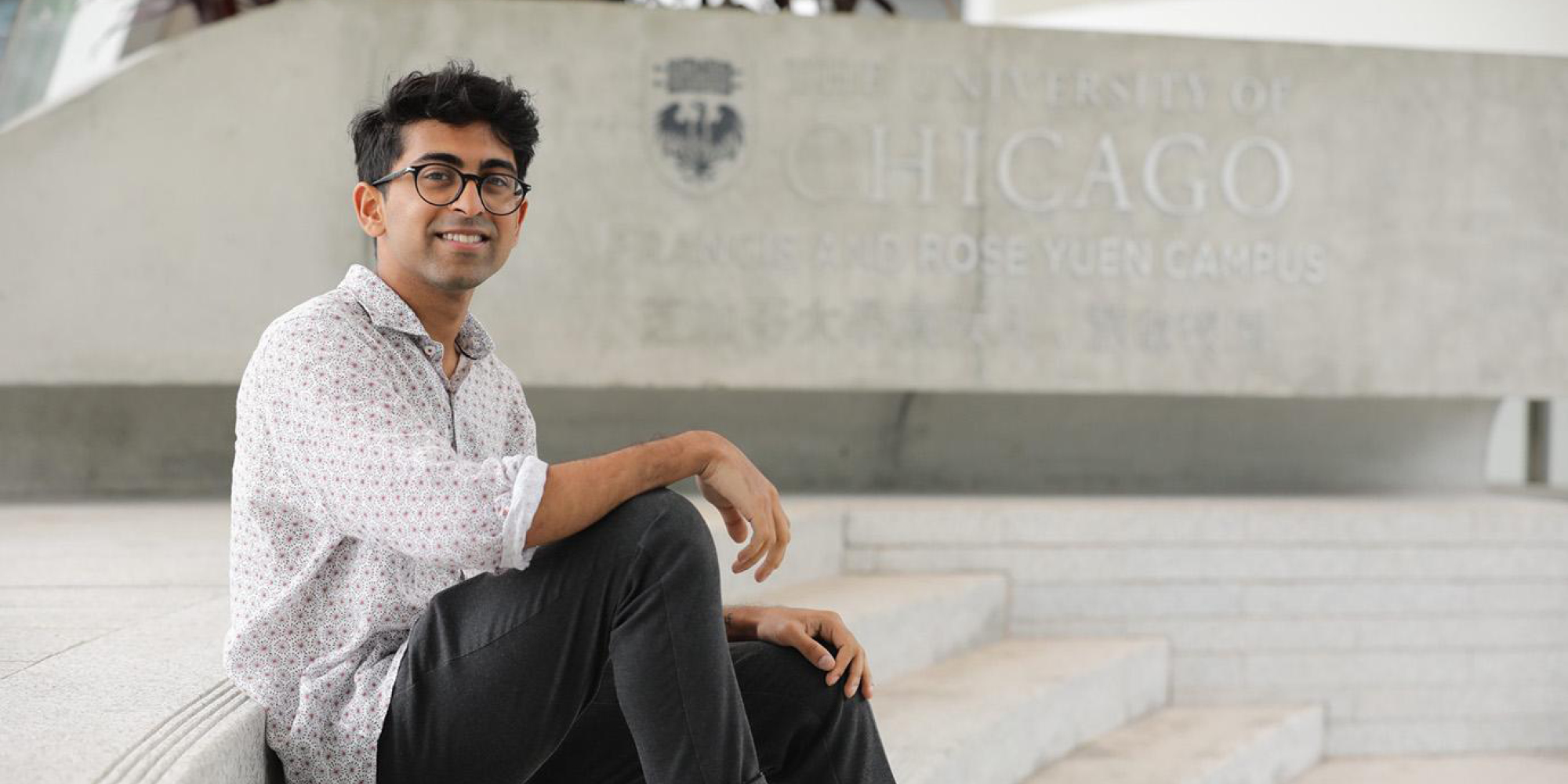 Rising College fourth-year Vivek Ramakrishnan has received a Harry S. Truman Scholarship, which provides up to $30,000 for students pursuing careers in public service. Ramakrishnan plans to explore how applied and predictive computational methods can be used to analyze the child welfare system. “I think there is a future where data can be used to genuinely connect people with services who need it the most, and who are currently disconnected from support,” says Ramakrishnan, a public policy major.

Seven faculty members were recognized by national scholarly societies this spring. Named to the American Academy of Arts and Sciences were Francisco Bezanilla, the Lillian Eichelberger Cannon Professor of Biochemistry and Molecular Biology; Mercedes Pascual, professor of ecology and evolution; Margaret Beale Spencer, the Marshall Field IV Professor of Urban Education; and Kenneth Warren, the Fairfax M. Cone Distinguished Service Professor in English. Jonathan Lear, John U. Nef Distinguished Service Professor in the Committee on Social Thought and Philosophy, and Roger B. Myerson, the David L. Pearson Distinguished Service Professor of Global Conflict Studies at Harris Public Policy and the Griffin Department of Economics, were elected to the American Philosophical Society. Matthew Tirrell, the Pritzker Director and dean of the Pritzker School of Molecular Engineering, was named to the National Academy of Sciences.

Rising College fourth-years Keir Adams, Nikhil Pandit, and Maritha Wang are among 496 students nationally to receive 2019 Barry Goldwater Scholarships, a top honor for undergraduates in the natural sciences, mathematics, and engineering. Adams is majoring in molecular engineering and chemistry, Pandit in mathematics, and Wang in physics and chemistry. All hope to pursue PhDs after graduation.

Jay Schrankler has been appointed associate vice president and head of the Polsky Center for Entrepreneurship and Innovation, effective August 1. Schrankler will oversee the Polsky Center, working with deans, faculty, and other leaders to develop an innovation strategy that integrates entrepreneurship and scientific commercialization initiatives across the University. Schrankler was previously associate vice president of the Office for Technology Commercialization at the University of Minnesota. He also founded Aero1217, an aviation technology accelerator in Minneapolis.

One book, one campus

Through the inaugural Common Book Initiative, sponsored by the Office of the Provost and the Center for Identity and Inclusion, members of the UChicago community read and discussed Thi Bui’s graphic memoir The Best We Could Do (2017) as part of an effort to build connections among students, staff, and faculty. Beginning in November 2018, more than 1,500 copies of the book were distributed across campus. Academic units and departments held small group book discussions and hosted faculty panels exploring different topics in the book. The initiative culminated April 22 with a campus visit by Bui, who met with student groups, led a workshop, and gave a public lecture.

In an episode that aired June 3, UChicago librarian Emma Boettcher ended James Holzhauer’s 32-episode winning streak on the TV game show Jeopardy! after correctly answering a question about a line in Shakespeare’s As You Like It. “It’s nice to be a little part of Jeopardy! history,” said Boettcher. “Regardless of who I was playing, I just wanted to play a good game.” Boettcher was defeated in an episode that aired June 6 but will return for the Tournament of Champions this fall.