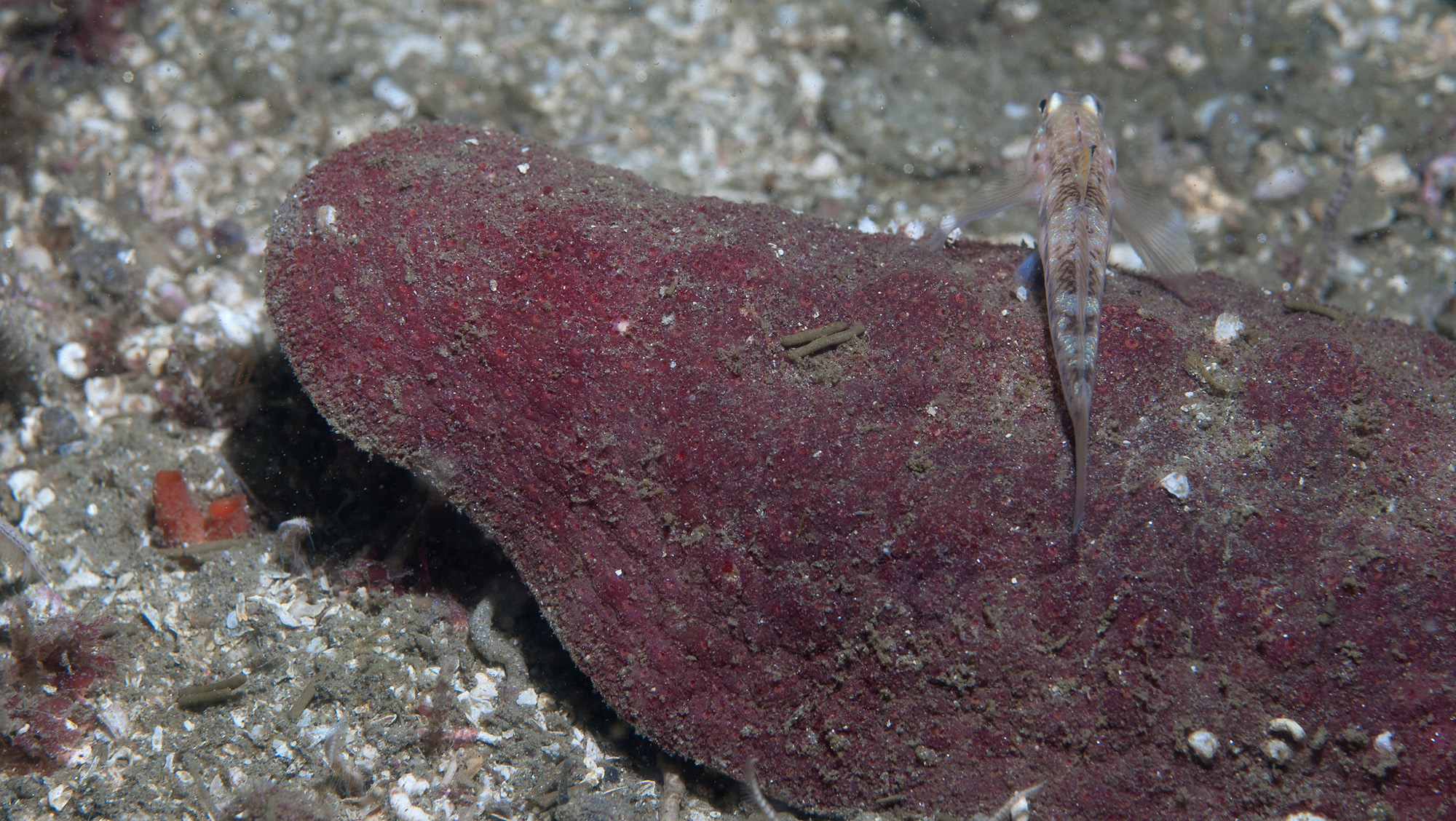 the gumboot chiton, aka the “wandering meatloaf,” holds the secret to durable synthetic materials—in its mouth. (Photography by Ed Bierman CC BY 2.0)

By
Author
Maureen Searcy
|
The University of Chicago Magazine
—
Fall/21

A mollusk called the gumboot chiton, aka the “wandering meatloaf,” holds the secret to durable synthetic materials—in its mouth. Using X-rays from the Advanced Photon Source at UChicago-managed Argonne National Laboratory, a Northwestern University team discovered a rare mineral called santabarbaraite in the meatloaf’s teeth. The chiton’s stylus (analogous to the root of a human tooth) is a strong composite material made of santabarbaraite nanoparticles in a fibrous matrix that’s similar to human bone. The discovery, described in the Proceedings of the National Academy of Sciences in June, helped the team understand how the meatloaf’s entire tooth, not just the ultrahard cusp, is designed to withstand scraping algae off rocks. Finding this mineral in a biological context inspired the researchers to create a synthetic ink of similar composition for 3D printing of durable materials, such as prostheses and devices for space exploration.

The northern spotted owl’s 1990 designation as threatened under the Endangered Species Act directly affected the timber industry, creating an opportunity to gather previously scarce data on how conservation influences labor markets. UChicago environmental economist Eyal Frank, coauthor of a study published in the September issue of the Journal of Environmental Economics and Management, found that the owl’s habitat protection in the Pacific Northwest and Northern California eliminated about 32,000 jobs. Frank’s team found no comparable decline in Canada’s logging sector, indicating that the loss was caused by the legislation and not by industry-wide trends. This research demonstrates that conservation did indeed lead to job losses, but less than a quarter of what the industry predicted. Frank also notes that had logging continued as planned, the forests would be gone now—along with the jobs.

How children see themselves in the books they read—if they see themselves at all—can shape their worldview. With society’s growing awareness of race and gender representation, Anjali Adukia, an assistant professor at Harris Public Policy, wondered if children’s books were changing in kind. Her team developed computer-vision-based tools—trained to detect faces; classify skin color; and predict race, gender, and age—and analyzed images in more than a thousand children’s books, which were divided into “mainstream” collections and “diversity” collections that explicitly highlight an identity group. Adukia’s July Becker Friedman Institute working paper revealed that mainstream books have had largely White and male characters over the past century, became even less racially diverse over the past 20 years, and depict female characters more consistently in images than in text. Children are also presented with lighter skin than adults across both collections. The authors hope their tools will help scholars study representation in media and address structural inequalities in education and society.

Shelter, medicine, clothing, food, the air we breathe: our lives rely on plants, and climate change threatens crop production on a global scale. A July Nature Biotechnology paper describes how a genetic tweak can grow crops that yield significantly more food and are better able to tolerate drought conditions. The key is a protein called FTO, which was discovered by Guifang Jia, a former postdoc in biochemist Chuan He’s lab. FTO dampens some of the signals that slow plant growth. When He and Jia added the gene that encodes for FTO to rice and potato plants grown under field conditions, both yielded 50 percent more food, photosynthesized more efficiently, and produced longer roots that were better able to survive drought. The technique could help address worldwide food insecurity, as well as combat the effects of climate change, by developing drought-resistant grasses or trees with root systems strong enough to withstand increasingly severe weather.