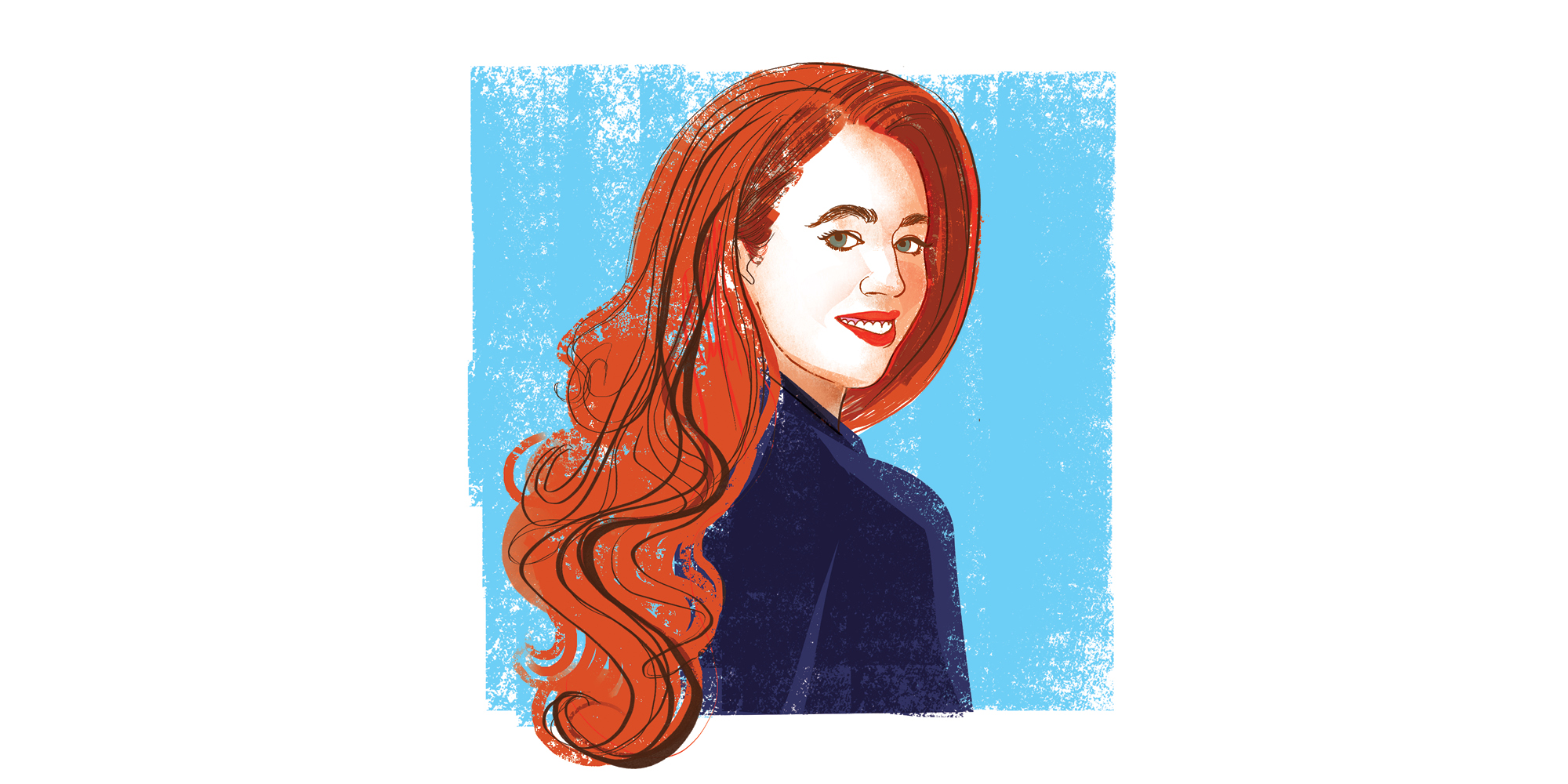 Are you afraid of the semicolon?

“The semicolon is a place where our anxieties and our aspirations about language, class, and education are concentrated, so that in this small mark big ideas are distilled down to a few winking drops of ink,” writes Cecelia Watson, AM’05, PhD’11. That’s a lot of baggage for a half-comma, half-colon, but in Semicolon: The Past, Present, and Future of a Misunderstood Mark (Ecco, 2019), Watson shows it’s more than up to the task.

Tracing the hybrid mark from its origins among 15th-century Italian humanists, her story describes early attempts to “scientize” language through grammar rules and raises questions about who made—and didn’t make—those rules. And with examples drawn from literature, legal history, and her own life as a “reformed grammar fetishist,” Watson seeks to persuade readers to learn to love the semicolon. Her comments have been edited and condensed.

Why a book on the semicolon?

What really surprised me when I was working on this as an academic topic was the emotional investment people had in the semicolon. Usually when you’re giving an academic talk, everybody does the super professional, very objective, I’m-detached-from-this-topic type of performance. But when I would talk about the semicolon, people would tell me all of these personal stories, even about falling in love because of conversations about the semicolon—not the usual thing you hear when you’re an academic. That clued me in that maybe there was a way to reach out to a broader audience. When we pitched it to publishers, I think we ended up with seven houses in the auction.

Why do some people have such strong negative feelings about this punctuation mark?

Distaste for the semicolon comes from a lot of different angles. Some people have a sheer aesthetic distrust of it. They just like short sentences, for instance. They think that’s more direct or more pleasing in some way, or more clear. The semicolon, of course, can facilitate very long sentences. Other people think it’s elitist, and a reader is going to roll their eyes or feel alienated, and in some ways belittled, by the author’s advertisement of his or her own education level. Others have bad childhood memories associated with trying to use the semicolon and failing and being embarrassed.

Is there a way we could be using semicolons that we aren’t currently?

One use that has fallen out of practice is using the semicolon as a colon or sometimes a comma. You see this a lot in the late 19th or early 20th century. Nobody liked the colon at the time, and everybody loved the semicolon, so they wanted to stick it wherever they could. I think less about particular styles of semicolon usage and more about how easy it is to be lazy and use catch-all punctuation marks. I’ll just put dashes and ellipses for everything. Those are all points at which we could say, Would a semicolon actually provide some interest here? Would it help create some new rhythms on the page? Would it make anything a little easier to read?

Your book ranges into broader questions about who gets to dictate the rules of language. How did that happen?

Initially I was focused on where rules come from. A lot of the people who influenced me when I was at UChicago taught me to see that even things we wouldn’t think of as having a history have a history, like a set of punctuation rules. My discipline, history and philosophy of science, had a huge role in the history of the semicolon. A lot of the history of grammar rules is a direct function of this mid- to late-1800s obsession with being scientific and objective. Grammar was not excepted from that.

One thing that I hope the book’s readers notice is that every single person in the section about the founding of grammar is an elite white male. That’s no accident. It’s also no accident that when grammar rules were invented, women, and to some extent people of color and poor people, were gaining unprecedented access to education. Grammar is, and has always been, an incredibly effective way to enforce the status quo.