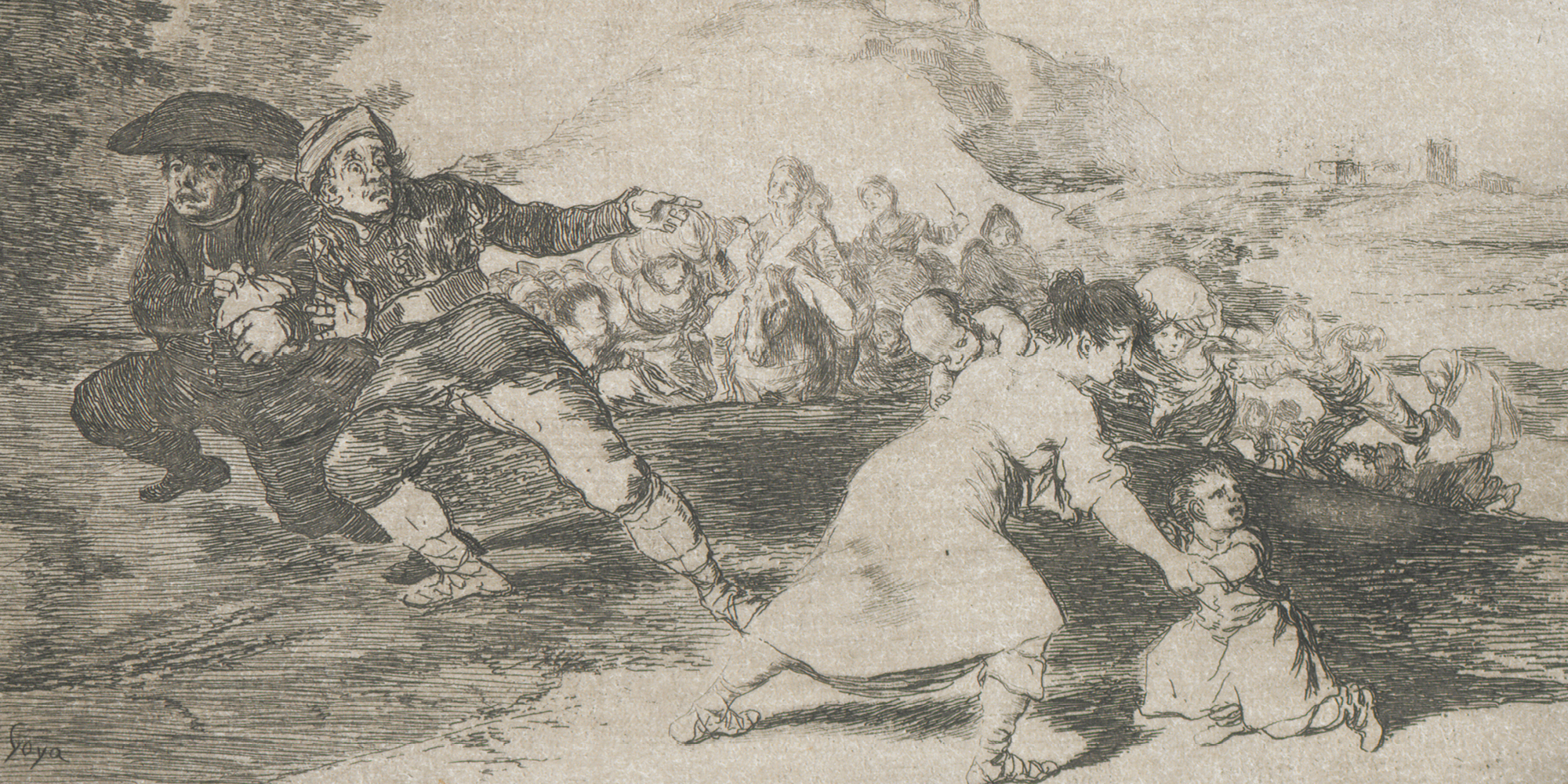 A Special Collections exhibit examines the trauma of war.

By
Author
Lucas McGranahan
|
The University of Chicago Magazine
—
Spring/18

A sense of witnessing history is at the center of War, Trauma, Memory, a new exhibit at the Special Collections Research Center through August 31, featuring works created by individuals who experienced war between the 16th century and today. By making these images public, the artists implicate us as fellow witnesses: What I have seen, now you have seen too.

This sense of shared witnessing is stark in Francisco Goya’s print “Yo lo vi” (above), whose caption translates simply to “I saw it.” In the foreground a man pulls another man along as a woman similarly pulls a young child, while soldiers advance menacingly from the background. The dragged man and child are shocked by something outside the picture, but we are not shown this, only the witnessing itself.

Other pieces focus on what is unseen, or how trauma is present in its absence. A book on South American desaparecidos—political prisoners disappeared by South American military dictatorships in the 20th century—contains a powerful juxtaposition: on the left, a picture of four smiling young boys sitting on a wooden fence in the Brazilian countryside; on the right, three men reproducing the pose in the same location, leaving a gap for their disappeared cousin.

Another book features a striking black-and-white photograph of four men enjoying coffee and pastries in a well-lit café, while attending studiously to their correspondence. The air of pleasantness is short-lived: a telltale Nazi insignia adorns a helmet on the windowsill, and the entire book turns out to be a celebration of the occupation of Poland. Intended as buoyant propaganda, the image now reminds us how easily the horrific becomes the everyday.

Trauma is both everywhere and nowhere in this exhibit, just as it is for all individuals and communities touched by war. According to curator Sarah Wenzel, “You go through the routines of daily life, and the trauma is behind the scenes.”