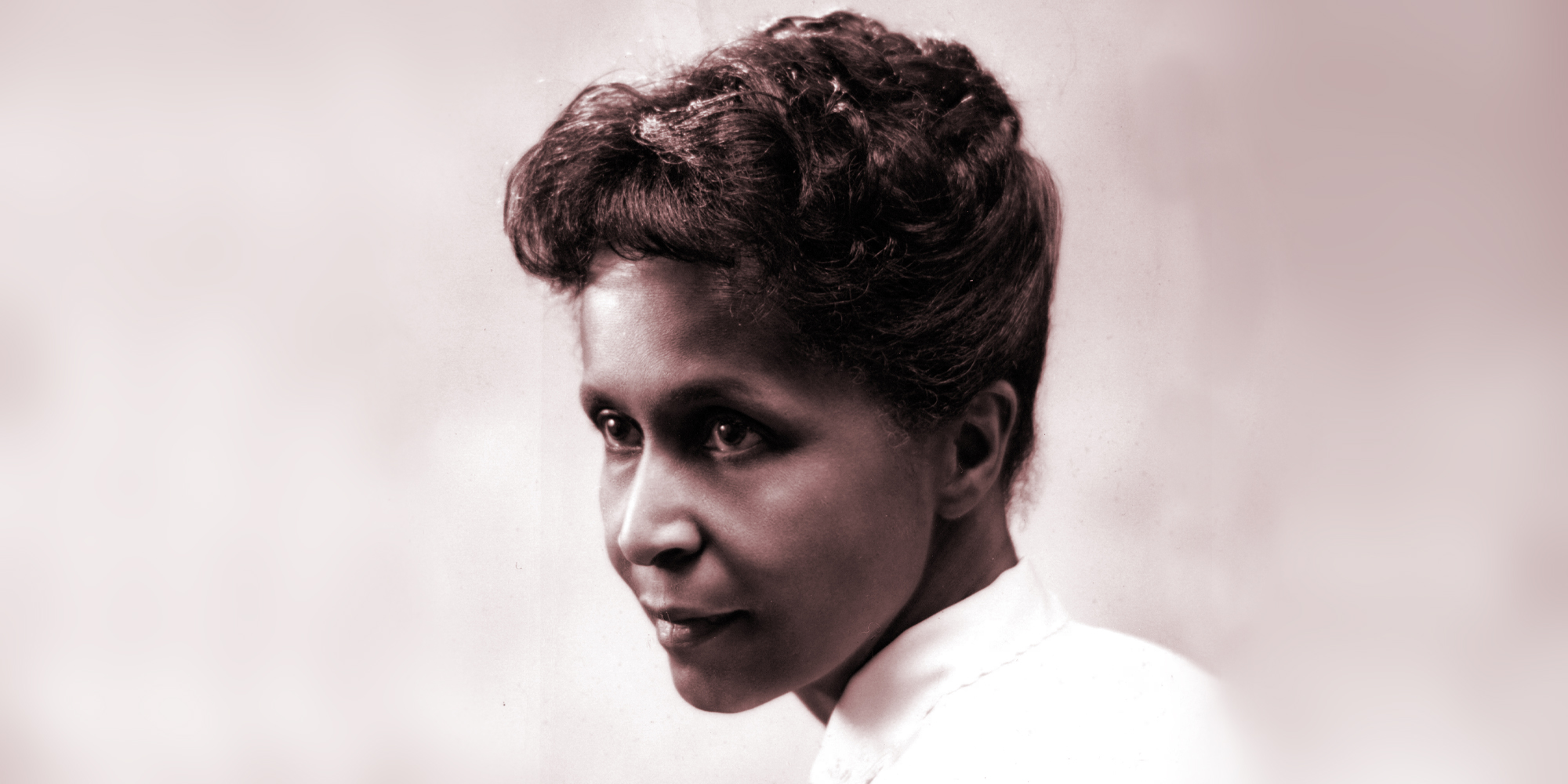 Just before earning her master’s from New England Conservatory in 1970, piano student Marva Griffin Carter took a rare practice-room break to attend a lecture unlike any other she’d heard: one about African American musical traditions. Though the details of the lecture now escape her, Carter remembers being struck by the visiting scholar—a solemn, soft-spoken woman at work on a comprehensive history of Black American music.

Carter approached the lecturer afterward, expecting a brief, polite exchange. Instead, she remembers, the scholar pulled her aside and “basically recruited me.”

“If you don’t go into doing more research on the music of Black Americans, then who will? And once I am gone, who will carry on this work?” the lecturer asked. Carter, now an associate professor of music history and literature at Georgia State University, “was just floored.”

“I would not have achieved what I have, or even pursued my areas of interest were it not for her,” says Carter, who later successfully campaigned to diversify the music curriculum of her own institution.

Such were the mentorship, foresight, and tenacity of Eileen Southern, AB’40, AM’41, whose research exploded not only Carter’s worldview but academia at large. Southern earned a PhD in musicology from New York University in 1961. Later, she became the first Black woman to earn tenure at Harvard University, teaching there from 1974 to 1987. Her Music of Black Americans: A History (W. W. Norton, 1971), stretching from 1619 through the 1960s, has become a foundational text. Southern expanded the book’s scope with two subsequent editions; the last, in 1997, dipped its toe into rap, which she presciently called “the new pop music.”

Together, Southern’s body of work on African American musics formed a magisterial riposte to those who deemed the subject unworthy of study. Even divorced from its revolutionary context, The Music of Black Americans is a formidable history—artfully arranged, narratively compelling, and fastidiously researched.

Southern traveled the globe to collect primary source material for that work and for her subsequent Biographical Dictionary of Afro-American and African Musicians (Greenwood Press, 1982). Her papers at the Center for Black Music Research at Columbia College Chicago contain troves of fact-finding correspondence with Black artists and composers. While revising The Music of Black Americans and teaching at Harvard, Southern springboarded the careers of dozens of Black-music scholars with her pathbreaking academic journal, The Black Perspective in Music (1973–90); her husband, Joseph Southern, MBA’45, served as managing editor.

Though musicologists have floated the idea of posthumously updating The Music of Black Americans, Society for American Music president and Miami University professor of musicology Tammy Kernodle says that for many, the prospect of adding to Southern’s volume is too intimidating to venture.

“Do you know how many of us have been asked to revise that? I know I’ve been asked three times,” Kernodle says with a chuckle. “Mmm-mmm, no. I’m not touching that.”

Eileen Stanza Jackson was born in Minneapolis on February 19, 1920, splitting her childhood between Sioux Falls, South Dakota, and Chicago. The eldest of three daughters, Eileen came from a musical family. Her mother sang in church choirs; her father, Walter Wade Jackson, EX’27, a chemistry teacher, was an amateur violinist. Touring musicians, including Louis Armstrong, stayed with the family on occasion.

Eileen began taking piano lessons when she was five, playing every evening as her sisters sang and her father played violin. By the time she turned 18, she’d toured the Midwest as an accompanist and performed at Chicago’s Orchestra Hall.

Matriculating at the University of Chicago in 1936 on a scholarship, Southern piled up her plate as precipitously as any ambitious undergrad, becoming secretary of the Negro Student Club, a campus congress delegate, and a cabinet member of the school’s YWCA chapter. Southern later recalled the kindness of UChicago faculty member Scott Goldthwaite, which made her, a Black student in the predominantly White College, “feel a part of the music department.” When she wrote her master’s thesis, “The Use of Negro Folksong in Symphonic Forms,” professor Cecil Smith, PhB’27—who occasionally covered Southern’s performances for the Chicago Tribune—encouraged and advised her research.

Upon leaving Chicago in 1941, Southern grappled with a profoundly segregated job market. Despite her high qualifications, she was passed over for openings at largely White institutions. Instead, she accepted revolving-door appointments at historically Black colleges and universities in the South. When Southern decided to pursue her PhD, she was rejected by Harvard (“I got the impression they didn’t want two blacks [in the department] at the same time,” she later said). At NYU, she wrote her dissertation not on Black music but on a Renaissance-era German organ book.

Higher education’s attitudes began changing rapidly in 1968. Student demonstrations in the wake of Martin Luther King Jr.’s assassination pushed American universities to establish Black studies programs. When the reckoning reached the City University of New York—where she then taught—the usually mild-mannered Southern stormed out of a music department meeting after a colleague declared that Black music wasn’t worth incorporating into their curriculum. “Black music?” he’d scoffed. “Besides jazz, what is there?” That moment, bolstered by the collective urgency of the Black studies movement, helped inspire Southern to write The Music of Black Americans.

“In a way she single-handedly started a field,” says Harvard assistant professor Braxton D. Shelley, AM’16, PhD’17, MDiv’17. Yet Southern hasn’t received broad recognition. Beyond a few fellowships and grants in her name, “there’s nothing commensurate with her status,” says Shelley. He is currently working with Harvard faculty and grad students to produce the Eileen Southern Project, a digital oral history exhibit celebrating the 50th anniversary of The Music of Black Americans, this fall.

The project is partly redemptive, given Southern’s complicated relationship with Harvard. Almost simultaneously with her formal appointment as full professor in 1975, she was thrust into chairing the nascent Department of African American Studies. Southern’s three years as chair were tumultuous, marred by insufficient institutional support, tenure controversies, criticism from student activists, and friction with junior scholars. Nevertheless, Southern stayed on faculty for several more years.

“In effect, my withdrawal (in spirit if not in physical presence) lasted until my retirement in December 1986, and it was not totally voluntary on my part,” she later wrote.

Afterward, Eileen and Joseph moved into a house they’d built in Port Charlotte, Florida, where they lived until her death from complications of Alzheimer’s on October 13, 2002. Joseph, her partner in work and life, followed her 15 years later. Their daughter, April Reilly, lives in California, while their son, Edward, still lives in the Port Charlotte house, sometimes stopping to “tickle the ivories” of the Roland electric keyboard his mother bought as a substitute for her Steinway grand.

Before her death, Southern told Samuel Floyd, founder of the Center for Black Music Research, that her greatest wish—besides seeing African diasporic music established as a specialization in music departments everywhere—was to see more Black musicologists in the field. Even so, according to the most recent available self-reported demographic surveys, Black scholars made up just 1 percent of the American Musicological Society’s (AMS) membership in 2017 and 4.8 percent of the Society for Ethnomusicology’s in 2014. Southern’s legacy, it seems, remains unfinished.

Not unlike the reckoning of 1968, last year’s racial justice protests served as a wake-up call to music departments across the country. Some are actively recruiting new hires with expertise in “Black music,” variously defined. But, as Southern knew all too well, the real test will be departments’ commitments to support and retain those specialists. Future generations of musicologists—of Black musicologists in particular—could be at stake. Just ask Marva Griffin Carter or Tammy Kernodle.

“My first AMS meeting was Pittsburgh—I think it was 1992. I went there looking for Eileen Southern, because I wanted to see somebody who looked like me,” Kernodle says. “Her book opened doors for me. It opened up a way of doing music in a totally different way that no one had ever told me about—it completely changed my whole life. That’s not a cliché. I’m not being overly dramatic. It completely changed my entire life.”

Hannah Edgar, AB’18, is a writer in Chicago.