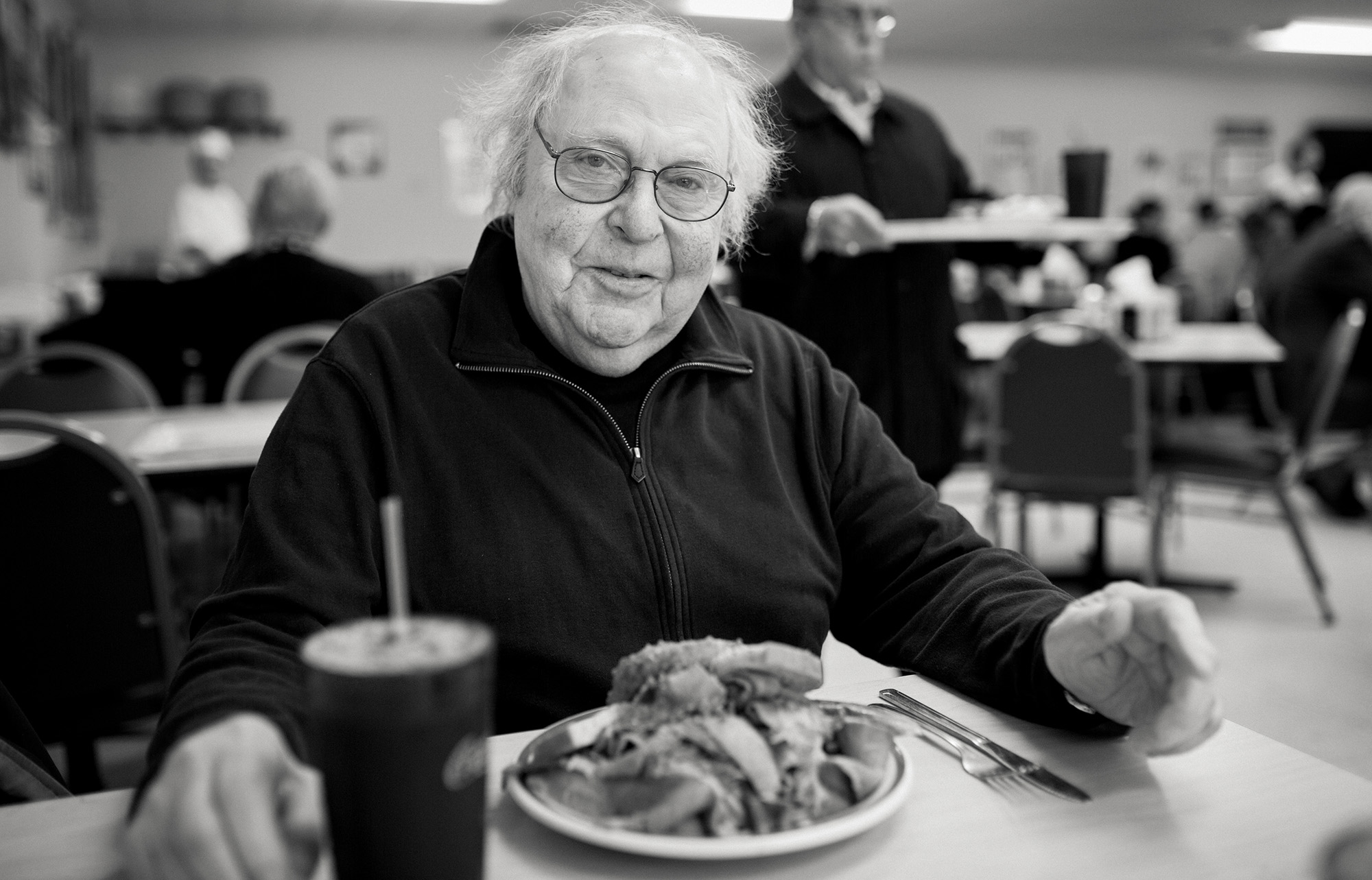 Marshall Sahlins enjoys a pastrami sandwich at Manny’s Cafeteria and Delicatessen in 2013. (Photography by Alan Thomas)

Marshall Sahlins taught me how to think

An excerpt from How to Think Like an Anthropologist by Matthew Engelke, AB’94.

Matthew Engelke, AB’94, is professor of religion and director of the Institute for Religion, Culture, and Public Life at Columbia University. His book How to Think Like an Anthropologist was published by Princeton University Press in 2018. This excerpt, “First Contact: A Personal Tale,” comes from the book’s introduction.

I remember very well the first piece of anthropology I read. I was a first-year student at university, holed up in the library on a cold Chicago night. I remember it so well because it threw me. It challenged the way I thought about the world. You might say it induced a small culture shock. It was an essay titled “The Original Affluent Society” by Marshall Sahlins, one of the discipline’s most significant figures. In this essay, Sahlins details the assumptions behind modern, Western understandings of economic rationality and behavior, as depicted, for example, in economics textbooks. In doing so, he exposes a prejudice toward and misunderstanding of hunter-gatherers: the small bands of people in the Kalahari Desert, the forests of the Congo, Australia, and elsewhere who lead a nomadic lifestyle, all with very few possessions and no elaborate material culture. These people hunt for wildlife, gather berries, and move on as necessary.

As Sahlins shows, the textbook assumption is that these people must be miserable, hungry, and fighting each day just to survive. Just look at them: they wear loincloths at most; they have no settlements; they have almost no possessions. This assumption of lack follows on from a more basic one: that human beings always want more than they have. Limited means to meet unlimited desires. According to this way of thinking, it must be the case that hunters and gatherers can do no better; surely they live that way not out of choice but of necessity. In this Western view, the hunter-gatherer is “equipped with bourgeois impulses and paleolithic tools,” so “we judge his situation hopeless in advance.” Drawing on a number of anthropological studies, however, Sahlins demonstrated that “want” has very little to do with how hunter-gatherers approach life. In many of these groups in Australia and Africa, for example, adults had to work no more than three to five hours per day in order to meet their needs. What the anthropologists studying these societies realized is that the people could have worked more but did not want to. They did not have bourgeois impulses. They had different values than ours. “The world’s most primitive people have few possessions,” Sahlins concludes, “but they are not poor. … Poverty is a social status. As such it is the invention of civilization.”

After reading Sahlins, I could never hear talk about “affluence” in quite the same way. I could never rest easy with my own assumptions about what it means and how my assumptions often took on the rather dangerous garb of common sense. This lesson from Sahlins was only the first of many when it came to words I thought I knew how to use, how to think with. As a student, I quickly learned that anthropology is very good at questioning concepts, at questioning “common sense.” One of the discipline’s trademark clichés is that we make the familiar strange and the strange familiar. It is a cliché, but it’s no less true for being so. And that process of questioning, that process of turning things upside down, is one of lasting value.