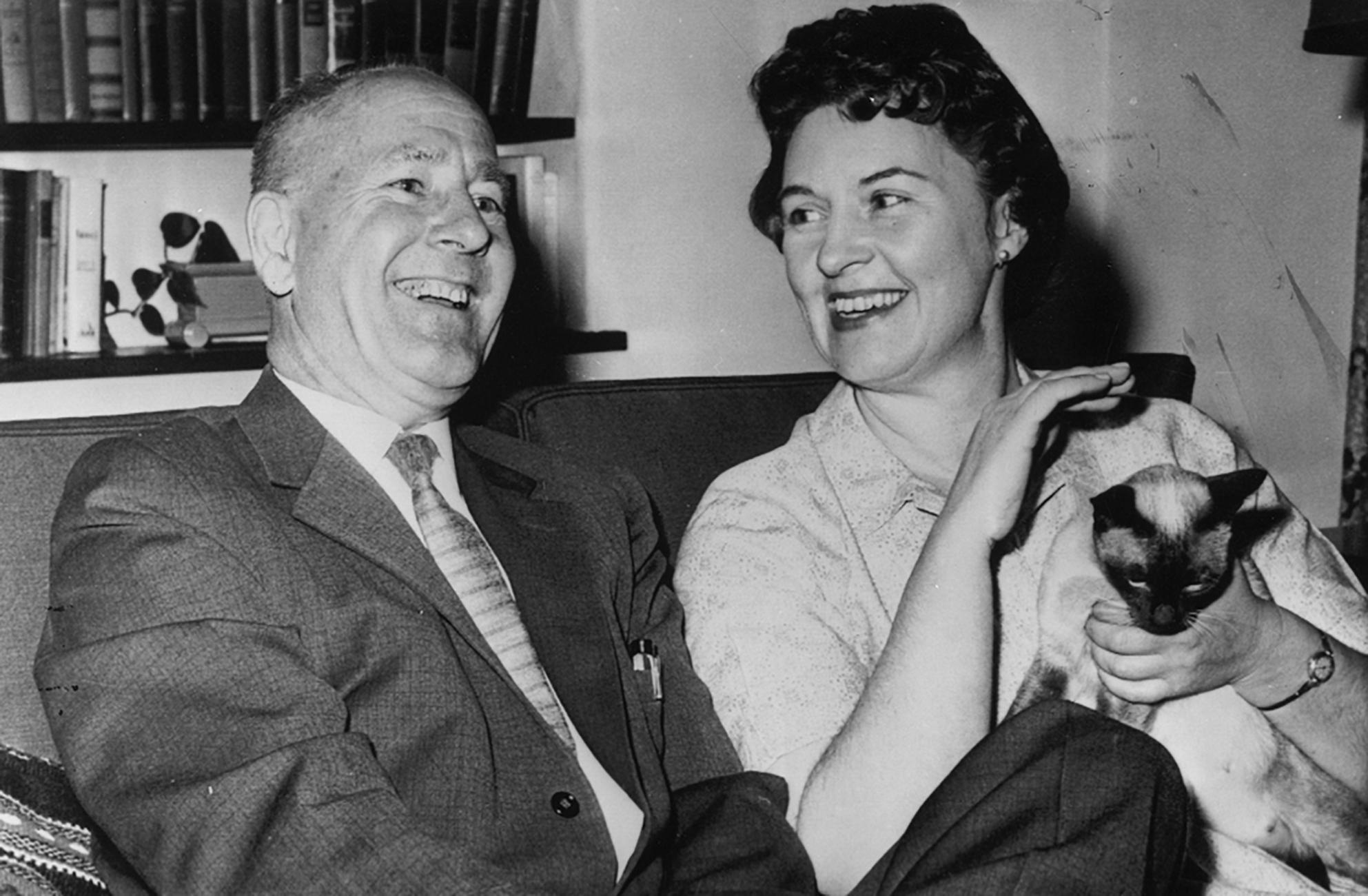 George and Muriel Beadle with a feline companion at their home in Pasadena, California, in 1961, prior to their move to Chicago later that year. (Wide World Photos/Associated Press Wire Photo, UChicago Photographic Archive, apf1-00440, University of Chicago Library)
Guess the presidents

Test your knowledge of UChicago history.

Presidents who have served for more than 10 years

Age of the youngest president

Nobel Prize winners who have served as University president

Cats owned by the Nobelist before moving to Chicago

Times one president’s portrait has been stolen from Hutchinson Commons