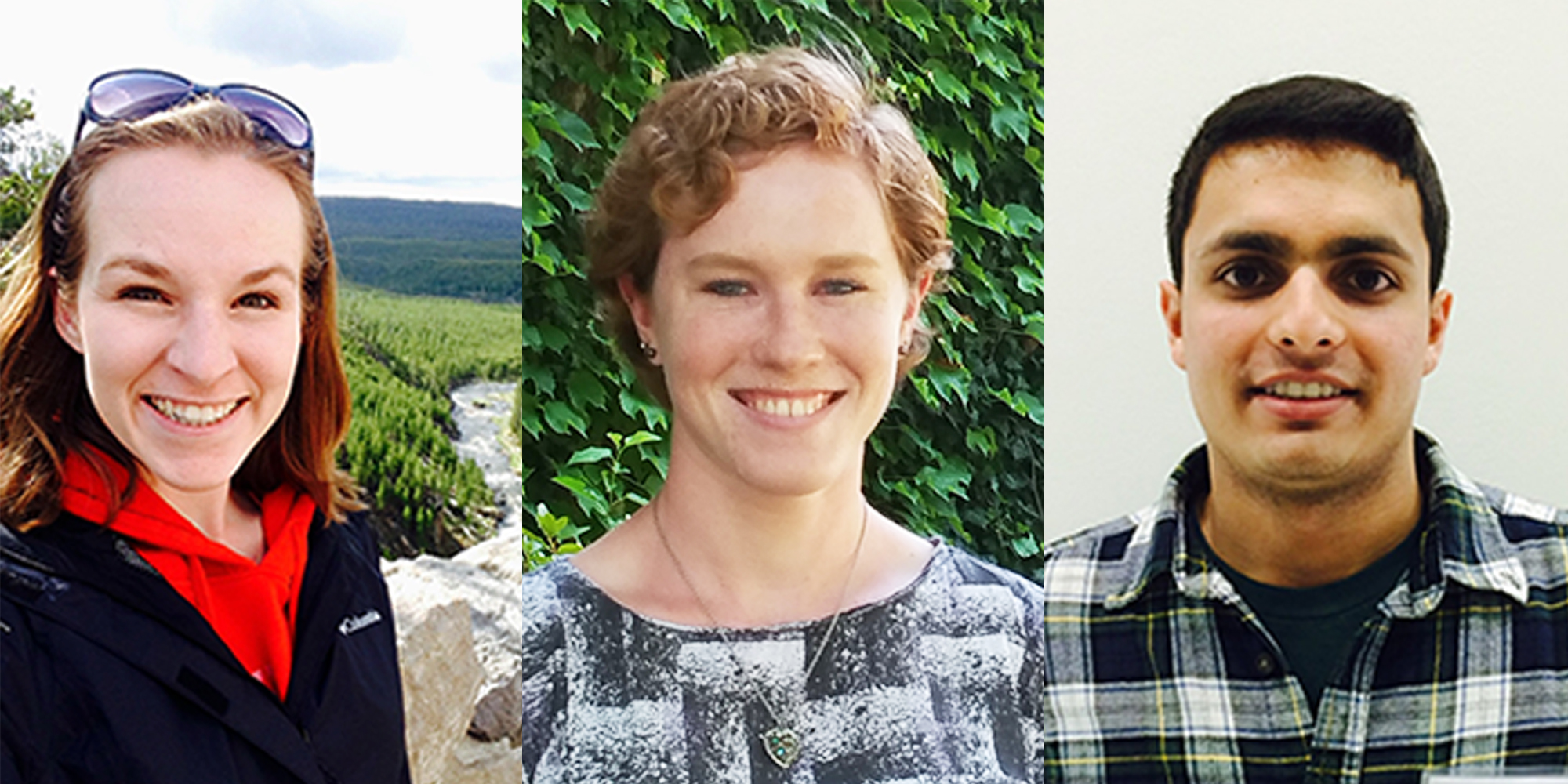 Launched in 2016, the Physical Sciences Division’s Eckhardt Graduate Scholars Program forms a collaborative environment among doctoral students and faculty to help the students prepare for careers creating and conducting the science of the future.

For the professional-development part of the program, organized by PSD associate dean of students Emily Easton, in 2017–18 the cohort focused on science communication: learning to address audiences, presenting research to nonscientists, and maintaining an online presence. In 2018–19 the students will practice mentorship. Through such professional training, says Easton, “we hope the Eckhardt Scholars will be better prepared to take on the responsibilities of scientific leadership.”

Inquiry spoke with three of the 27 Eckhardt Graduate Scholars. Interviews have been edited and adapted.

We are searching for ultra-high-energy particles called neutrinos. These UHE neutrinos are produced from interactions between cosmic rays and the cosmic microwave background or directly from distant sources, such as supernovae—though no group has detected these yet. Neutrinos are interesting because they travel much farther than other particles do before interacting, potentially giving us information about what’s going on in some of the most distant corners of the universe.

One of the best places to detect neutrinos is in the ice in Antarctica. When neutrinos interact in matter, they produce a coherent radio wave, and because ice is radio clear, Antarctica is an ideal place to set up our detectors.

What is one recent exciting development?

This past December and January, we successfully deployed the first phased array detector as part of the Askaryan Radio Array near the South Pole. The phased array takes into account time delays across multiple antennas and adds each signal together. We expect signal events to add coherently while random noise will not. This will make it easier to detect potential events, and we are excited to start taking data with the new system.

Why is science communication important?

Progress in science requires support from the public, which means it’s our responsibility as scientists to communicate why our research matters.

What are you studying?

I study quantum computation, a promising new technology that harnesses principles of quantum mechanics to solve certain problems exponentially faster than traditional computers. Specifically, my work focuses on translating mathematical algorithms into physical instructions that can be run on quantum computers in the next three to five years.

What is one promising development?

We found that clustering—a technique for breaking up a big computation into a number of smaller computations—can be effective for solving problems in chemistry, such as finding the ground state energy of a molecule. With clustering, we can use several small quantum computers, which are available in the near term, instead of a massive quantum supercomputer, which is more than 10 years away, with only a negligible extra resource cost.

How have the science communications workshops helped you?

One of the workshops was taught by professional improv actors. A major thematic takeaway was that research talks and presentations don’t need scripts to be polished and effective.

What are you working on?

I’m working on synthesizing and characterizing a series of cobalt complexes that resemble some of the intermediate compounds thought to be involved in the function of various synthetic water oxidation catalysts.

Why is it important to understand water oxidation catalysis?

Water oxidation is a promising method to store solar energy as chemical fuel so it can be used on a large scale. With increased understanding of how water oxidation catalysts function, better and cheaper ones can be designed to make this a viable source of energy.

What’s one lesson you’ve learned from the science communications programming?

I have realized that words and phrases that I think are simple are not necessarily accessible to the wider public—as may be evident from my responses. It’s easy to get lost in the vernacular that one hears every day and forget that the rest of the world does not think and speak using those terms the same way.