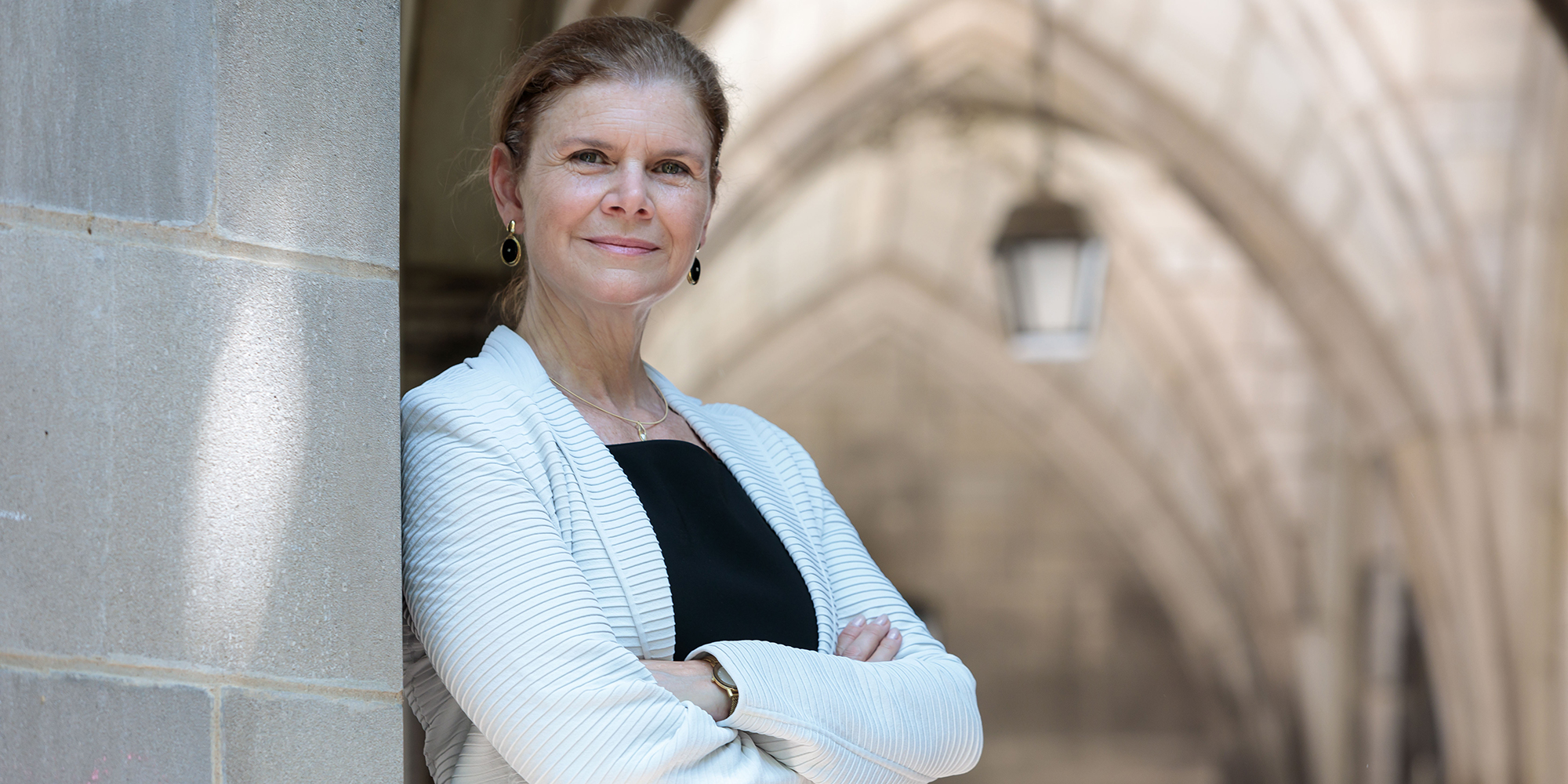 This past July, Angela V. Olinto, the Albert A. Michelson Distinguished Service Professor in Astronomy and Astrophysics, the Kavli Institute for Cosmological Physics, the Enrico Fermi Institute, and the College, began her appointment as dean of the Physical Sciences Division.

Previously chair of Astronomy and Astrophysics (2003–06 and 2012–17), Olinto is best known for her contributions to the study of quark stars, primordial inflation, cosmic magnetic fields, and the origin of the high-energy cosmic rays and neutrinos arriving on Earth from distant galaxies.

What are your current research projects?

I am the principal investigator of two related efforts: the EUSO-SPB2, the second super-pressure balloon carrying the Extreme Universe Space Observatory telescope, and the conceptual design of a NASA space mission named POEMMA: Probe of Extreme Multi-Messenger Astrophysics. Both are designed to discover the origin of the highest-energy particles and to study their sources and interactions.

Once you track ultra-high-energy cosmic rays back to their source, what can you learn?

There are two complementary questions that we’d like to answer. One is in astrophysics: What are the scientific underpinnings of the highest-energy events in the observable universe? The second is in fundamental physics: How do particles with energies 10 million times larger than those we can create in the laboratory behave? For example, itʼs possible that by studying the behavior of such high-energy neutrinos, we may find that there are extra dimensions of space.

How do fundamental research and applied science fit into the PSD?

The PSD’s mission is to discover, apply, and disseminate the fundamental laws of nature and reason. That includes both fundamental research and applied sciences, which are interconnected and crucial for the future of humankind.

An example is the Parker Solar Probe, launched in August with a mission to study the origin and evolution of solar wind. The study started by [professor emeritus] Gene Parker in 1958 created the field of heliophysics, essential for space missions and civilization on Earth. For instance, heliophysics helps us understand the effect of solar wind on our power grid and satellite communications.

How will you balance your roles as dean and researcher?

The two roles inform each other, as my research now consists of leading large groups of scientists around the world toward common scientific goals. Keeping up with my research involves a time-management challenge, given the attention I like to dedicate to our dynamic and inspiring Physical Sciences Division. Iʼm lucky to have a brilliant team in place at the dean’s office that has been incredibly helpful and insightful as I learn more about the other departments and their objectives.

As dean, what goal do you hope to achieve this year?

I hope to meet all 250-plus faculty members in small groups and learn about their achievements and aspirations.

As a teenager, I was first fascinated by the power of physics—in particular by its simplicity in describing the natural world. Just four forces plus matter particles can explain all that we observe on Earth? I wished human behavior could be that simple!

As I studied these forces and the complexity of our universe, the idea that observations of out there can inform the physics of down here became even more intriguing.