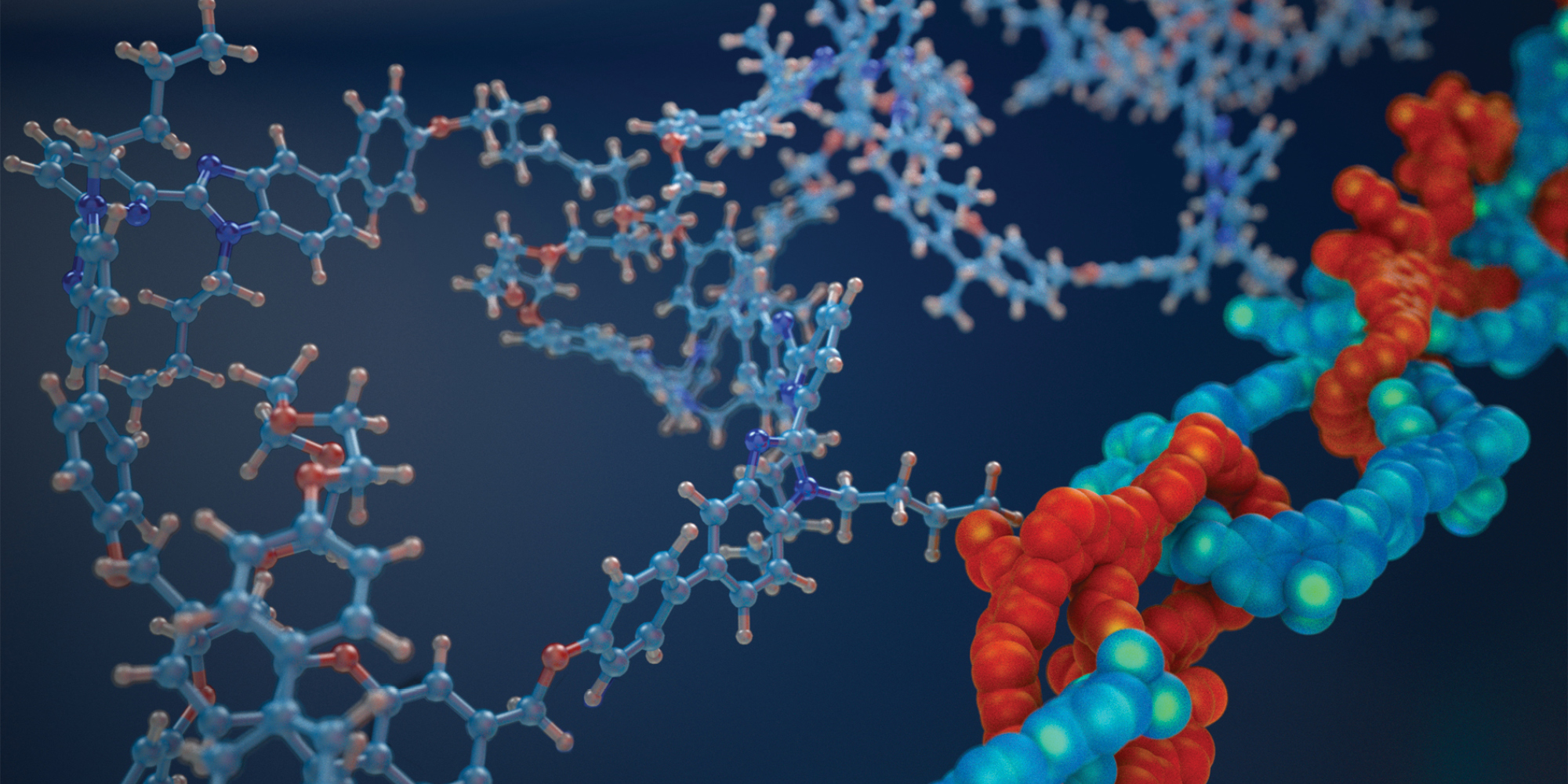 Each loop in the tiny chains created by UChicago scientists is less than 100 atoms across. (Illustration by Peter Allen)

A group led by Stuart Rowan, a professor at UChicago’s Institute for Molecular Engineering, has devised a method of creating an interlocked, freely moving chain of molecules—not unlike a necklace chain. With previous techniques, scientists could only make chains seven rings long, a problem solved by the new method. Scientists theorize that these longer, ultratiny chains will absorb energy well, suggesting they could be used to create novel materials that dampen sound or absorb vibrations. “We’re very excited to explore their properties now that we know how to make them,” Rowan said. The research was published online November 30 in Science and coauthored by postdoctoral scholar Qiong Wu, graduate student Phil Rauscher, and Juan de Pablo, professor in the Institute for Molecular Engineering.

Do charter schools make the grade? Yes and no, according to a UChicago Consortium on School Research study of Chicago high schools released November 14. On average charter students had better test scores, class attendance, college enrollment, and college persistence, as compared to similar students at noncharter high schools—but, the researchers found, these outcomes varied considerably from one charter school to another. Students were also more likely to transfer out of charter schools, especially campuses that were newly opened or low performing. The researchers don’t yet know why students leave charters, or the impact of transferring on their long-term educational attainment, but plan to investigate the question in future research.

Marketers have long known that how you present prices matters to consumers (“12 easy payments of $9.99!”). In a paper forthcoming in the Journal of Consumer Research, coauthor Daniel Bartels, associate professor at Chicago Booth, found that the prospect of making smaller, more frequent payments doesn’t just make consumers more likely to purchase a product—it also makes them feel better about the benefits they receive from the purchase. Study participants were presented with one of two scenarios: lease a luxury car at a periodic price of $20 a day or an aggregate price of $7,250 per year. The hypothetical lessees were more likely to agree to the contract and reported greater perceived enjoyment of the purchase at the periodic price than the aggregate price. “More frequent payments can help people appreciate recurring pleasures and increase the likelihood of purchasing,” the researchers concluded.

Hydraulic fracturing has sparked an energy boom in many US states. But a study published December 13 in Science Advances suggests the human cost of the oil- and gas-harvesting technique is high. The research, coauthored by Michael Greenstone, LAB’87, the Milton Friedman Professor in Economics and director of the Energy Policy Institute at the University of Chicago, found that the 95,500 infants born each year to mothers living up to two miles from hydraulic fracturing sites are more likely to have poor health. Babies born a half mile from a fracking site face the greatest danger: they are 25 percent more likely to be born at low birth weights, increasing the risk of infant mortality, attention deficit hyperactivity disorder, asthma, lower test scores, lower school attainment, and lower earnings. The researchers don’t know how hydraulic fracturing harms infant health but hypothesize that air or water pollution, chemicals used in fracking, or an increase in vehicle traffic could be the culprits.