No question about it, Scav is crazy. Crazy as in ludicrous and nutso, but also as in ardent, fervent, impassioned love of the hunt. Some scavvies plan their entire quarter around the extended weekend in a way that midterms could never hope to be acknowledged. I’ve never dedicated a full day to the event and so have never really moved beyond tourist status, but Scav is something that makes me genuinely, unambiguously proud to be a UChicago student. Two days in, late on Friday night, I baked a batch of cookies for the South Campus team and set up camp in their headquarters, ostensibly looking for something. 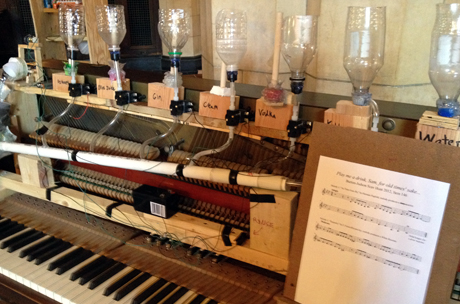 The West Commons of South Campus Residence Hall—aka HQ for Sisyphus and the Rolling Stones—is eerily quiet. I see Rachel, one of my residents, and ask her to show me this year’s list. At 19 pages, it’s the longest list anyone can remember, except for a few alums who have returned for the weekend to help out. Rachel is a page captain, which means she is in charge of pages 5 and 6. She either has to complete all of her tasks or delegate them to someone with the appropriate skill set: construction, crochet, computer coding, DNA decoding, political savvy, Gummi Bear art, etc.

Rachel tells me that HQ is so quiet because much of the team is currently at Scav Prom, a lavish event that the judges host for all the scavvies. The word is that no extravagance is withheld. In a competition noted for its judges’ particular brand of cruelty (if you don’t believe me, read item 211—even worse is item 155), Scav Prom seems to be a glimmering moment of solidarity.

After leaving me alone to browse the room, Rachel has returned with David. David is helping out with item 70, which is a little too involved to include in full but basically requires dressing up a cockroach in formal attire, with serious bonus points awarded for killing the bug via electroplation. Cruel, right? 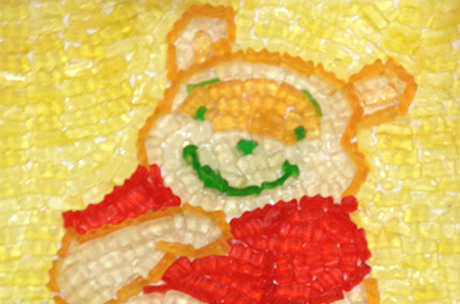 I catch up with Sarah, the Gummi Bear specialist, who is now rewriting a Dr. Seuss story so that it conveys the opposite moral. She opted for “How the Whos Sold Christmas.”

The majority of scavvies are actually just working on their computers.

The room is full of things I want to touch and yet I know should not be touched, e.g., a small structure made of Tootsie Rolls, malt balls, and Smarties candies hot glued together. An adjacent sheet of paper claims the “fortress” contains 3,134 calories, with a request that someone construct a moat of vodka and oil to reach the caloric total of 9,720. 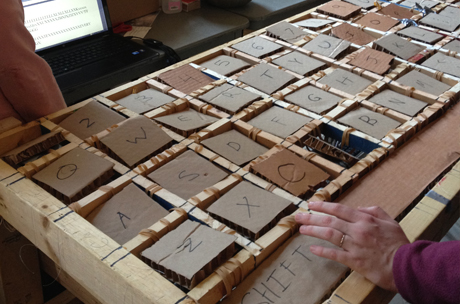 Calvin, one of four team captains, announces that he’s making a trip to Walgreens. The early shopping list: bleach, duct tape, and at least 40 matches.

I have been keeping surveillance on a kid who has been playing Super Mario 64 for at least the last 15 minutes.

The floor is covered in sheets of plastic to preserve the carpet. Even low-grade OCD wouldn’t survive long here. An abbreviated list of items within my ten-foot radius: a bottle of vinegar, turquoise duct tape, two sewing machines, speakers, a box of Giordano’s that no one is going to throw out because there is still one piece left, Solo cups, a bar of soap reduced entirely to shavings, several pairs of scissors, a shopping cart, a foam sword, a stack of Shinju Sushi menus, a half-fermented bottle of juice, and innumerable packages of Lay’s Sour Cream and Onion in various stages of empty.

I finally ask Super Mario kid what the deal is. His name is Robert, and his friend Dean informs me that they are at work on a series of bomb-themed video-game achievements. Right now, Robert is trying to defeat King Bob-omb, from the first level of Mario 64, in under a minute. Dean is filming with an iPhone, waiting for the successful run.

Don McLean’s “American Pie” comes on loud through the speakers. When the chorus hits, everyone in the room joins in.

Evan, another captain, takes a minute to recount his responsibilities as a senior scavvy. On Thursday, he attended the wine tasting at the Pub in Ida Noyes. And, because he couldn’t find anyone else over 21, he participated in the wing tasting immediately afterward. “Thank god I didn’t get the habanero until last. My taste buds would have been destroyed.”

Robert defeats King Bob-omb, just inside 60 seconds. They move on to Mario Kart.

Rachel has been in the kitchen for a while, and the smell of half-burnt coffee beans is now unmistakable. She calls out for someone with a tongue for coffee to check if the beans are passable.

I meet Alex, the architect behind the hot-glued candy fortress. There is some debate over how best to go about the moating process, and Rachel decides to crumble some granola bars in the center, douse it in alcohol, and light the whole thing on fire. “The judges like things to be theatrical.”

Robert completes the entire video-game challenge and gets a round of applause. Dean and Robert head out into the courtyard to practice for the Scav Olympics tomorrow morning. Dean has been chosen to represent South Campus in a Zelda-themed archery challenge. The shopping cart, Shoppona, will carry the brave equestrian.